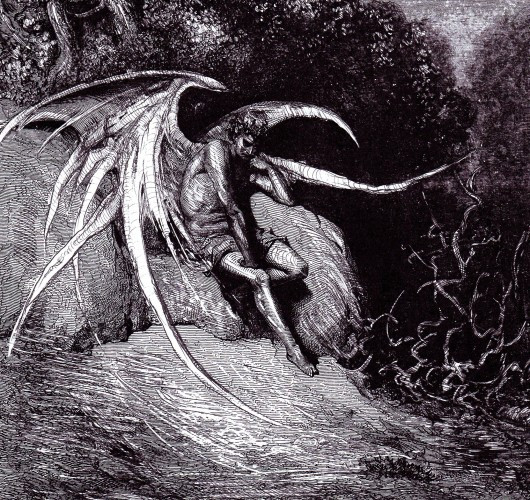 Recently I was chatting with some friends after a show on the topic of clean singing in metal – its history, its use, its place, and its purpose… the how, the when, and the why of it…. and it got me thinking. Thinking hard enough to put together this little piece of persuasive ponderment anyway.

Of course clean singing has been a part of the metal landscape since the genre’s very inception, and despite this site’s (tongue-in-cheek) name we definitely understand and respect it for its importance and its contribution over the years. Heck, I can honestly say that I LOVE a lot of cleanly sung metal, from the majestic melancholy of Primordial and the devastating bombast of Nevermore, through the gritty gallows-humour of Sentenced and the shameless extravagance of Devin Townsend… and that’s not even counting the umpteen bands who intermingle clean/harsh vocals with aplomb!

But when we’re talking about the more extreme styles of metal that we tend to cover here at NCS, clean singing can often be a contentious issue. And I can understand why, as it’s possible to get it very, very wrong when it comes to clean singing. 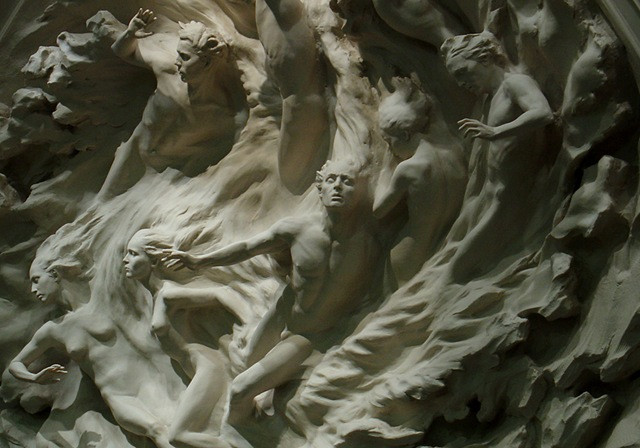 After all it’s easy – shamefully so, really – to add a mass-appeal, poppy edge to your music (whether good or bad) through the medium of clean singing. And, as effective as that can be, it can also be a slippery slope. Once you start to pander in this fashion (whether consciously or not), you’re often in danger of becoming locked into the exact same structures, the exact same styles, the exact same limited range of melodies, as every other band around you. After all, there’s a formula for this sort of mass-appeal sound, and it’s very easy to fall into it if you’re not careful.

But I’d rather put that to one side for the minute, and assume that what we’re talking about here is not the sort of bands willing to engage in this sort of calculated cash-grab while claiming it’s a legitimate “creative” move (you know who they are, they know who they are, let’s go into that another time), but rather the sort of bands who legitimately aim to use clean singing as a way of expanding their musical palette and exploring their artistic range.

Because even going into it with the best intentions doesn’t shield you from the myriad pitfalls that can befall a band attempting to incorporate clean singing into a more “extreme” style of metal. Over the years I’ve seen (and heard) a lot of bands succumb to the lure of clean singing without considering the various issues — some blatant, some much more subtle — which come with it, and without fully considering the cost/benefit trade-off.

Having a vocalist who can sing – and I mean really sing – is of course, pretty important. Whether your band has a frontman capable of doing both clean and harsh vocals (your garden variety Akerfeldt, Kuhr, Ikonen, Hunt, etc) or makes use of a gifted backing vocalist (see: Burst, Enslaved, Insomnium, Krakow, etc), being able to actually hit the right notes is obviously a vital piece of the puzzle.

But, while that’s certainly necessary, it’s not necessarily sufficient. In fact there’s a bunch of other questions I feel like bands should be asking themselves first. For example…

Sure, your singer can definitely hold a tune… but does he have an actual ear for a good and memorable melody?

Can he write actual hooks?

Does he know where to place them, when to use them, and (just as importantly) when not to?

Does his voice actually suit your music?

And even if it does… does the use of clean singing actually add anything to the song?

And, perhaps most importantly, does the song really need, or even want, clean singing?

I’ve had more than a few of these problems myself. At a recent Twilight’s Embrace practice we were working on a brace of new songs, all at different stages of completeness, and after a run-through of one particular track I realised that what I was doing simply wasn’t working. Oh, the melody I was using was solid enough. It was in the right key, it fit in place, and even worked in isolation. But it didn’t add anything to the track. It was just… there. Solidly and unremarkably there.

Similarly with Beyond Grace we’ve discussed adding clean singing. I can sing. Our guitarist Tim can sing. And it might be nice to introduce his voice in particular as a melodic counterpoint (similar to how Extol do things). But, ultimately, we came to the conclusion that the songs we have, the sound we currently have, doesn’t need clean vocals. There are certainly places where clean vocals could go, certainly, but right now they just don’t realty fit the sort of mood and theme we’re trying to portray,

Now I’m not setting myself up as some sort of paragon of knowledge about this, or asserting that my way is the “right” way – please don’t think that – but it’s just that I’ve seen it happen to a number of bands where the singers, as talented as they may be, simply haven’t been able to see that their clean vocals aren’t really adding anything to the music

It’s not that they’re bad, and aren’t necessarily detrimental to the song as a whole, but they don’t do what I feel clean vocals are supposed to do in this sort of context – they don’t push the song or add anything particularly vital to the experience. At best they’re simply a good exercise for the singers in question to show off their abilities, regardless of whether what they’re doing fits with the song and what impact they might be having, for good or for ill.

Perhaps the most importance consideration to bear in mind about clean singing is that its use can, for better or for worse, totally change the character of a song. And not just when the actual singing is going on. It will change how people look at the song as a whole.

That word – character – is the key. That’s what I feel is the first thing you need to consider when you bring in clean vocals. And considering the character of your songs, both with and without clean vocals, leads to a lot of questions.

Will you be using them as a major part of the song, or just an intriguing aside? Will they be purposefully used as a yin/yang balance against the harsh vocals, or are they being employed to complement them directly (both are possible… and not mutually exclusive either…)?

Are they designed to build on the mood that’s already established, or offer an alternative approach and take the song in a new direction? And are we just talking big, iconic melodic choruses (not a bad thing by any means, but one that doesn’t always work out how you might want it to), or are these vocals going to be woven in throughout the length and breadth of the track?

You see what I mean? Lots of questions. And I’d be willing to bet that a good chunk of them are valid and worth considering if you’re considering using clean vocals in an extreme metal context.

Of course there’s a chance I’m overthinking things here… but if you know me at all (at least through my writing) you know that I like to think about this sort of stuff, its possibilities and its implications, even if it’s never actively put into practice.

So maybe not all these issues will ever become a conscious concern for bands. Maybe you’ll only ever notice them after the fact – and even then, I think that we tend to focus mainly on the bands who get it right in the first place – but even if that’s the case, isn’t it interesting to think about the why and the how of clean singing… the how/why it works, and the how/why of when it doesn’t?

Despite the fact that new frontwoman Alissa White-Gluz has a potent clean singing voice (albeit one that’s never really done much for me personally), the band purposefully avoided heading down the predictable path of utilising a beauty/beast combo of vocals in every track, only bringing them in during should-have-been-final-track “Avalanche”, in a manner designed to complement, and not dominate, the song’s chorus.

And while this may not be the most “extreme” track I could have chosen, I think it serves as a great example of when less is more, and how clean vocals can be used – sparingly, in this case —  to accentuate, rather than alter, the character of a track.