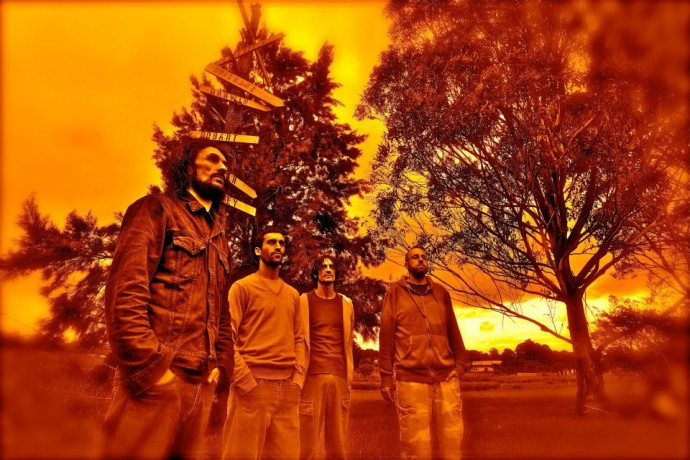 I learned about the great stoner band Mother Mars from my mate Kamille of The Grand Astoria band. He told me that both bands had prepared a fantastic split-album and that I needed to check these guys out. Well, it was an easy task because it turns out that Mother Mars are from our planet, indeed they are Australian, so with the help of modern internet technologies we’ve done this interview with Paul Attard, one of Mother Mars pilots. Get ready for boogie stoner from the heart of the Australian deserts.

Aleks to Mother Mars! How do you hear me?

Loud and Clear! This is Paul from Mother Mars!

First of all, Mother Mars is a really cool name, how did you think of it? What was your idea about the band’s image when you created it?

Thanks! Glad you like the name. It came about a long time ago, so it’s quite difficult to remember the origins of the name. I think it was suggested at a rehearsal one afternoon when we were trying to decide on a band name. It just really really flowed with the MM initials so we went with it. We are still not completely sure whose voice it was that first mentioned ‘Mother Mars’. It may have been an otherworldly voice, or it may not have been. It still remains a mystery. Anyway, there’s all this mention of a ‘Mother Earth’ so why not a mother for our neighbours on Mars!

Correct me if I’m wrong, but I believe the most recent news from Mother Mars is about the release of a vinyl split with the Russian band The Grand Astoria. How did that come about?

That was orchestrated by the forward-thinking folk at Desert Highways in Melbourne. We had a brand new song recorded to be released as a single and when the idea was put to us to include a song on a split 7-inch with The Grand Astoria we were more than happy to contribute this new song! 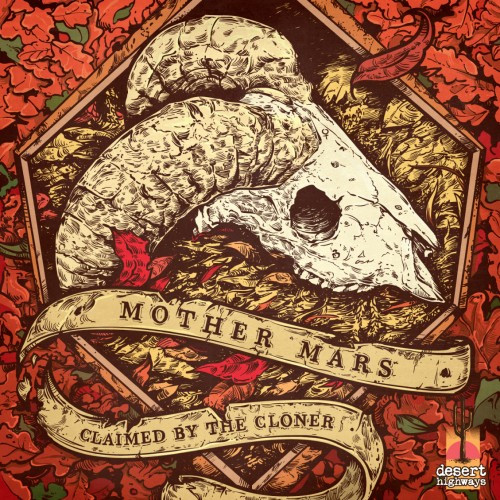 Australia and Russia… It’s an unusual collaboration from the very beginning. How did your friends react to this news?

Well, where diplomacy may fail, you can always rely on the arts to bring nations together. Music can be the diplomat! Rock and roll knows no boundaries!!

The band has existed since 2003. Have you ever played outside of Australia since then? Tasmania and New Zealand count too!

No, we have never seen the blue skies (or blue skies turn to grey) outside of Australia.

But why? Are you only satisfied with gigs in Australia? How many opportunities do you usually have there to play gigs?

Well, we have played some great gigs in Australia with some great bands.  Mainly small- to medium-sized venues and events and we’ve had fun in the process.  The opportunities are there, but it’s no secret that it is a great help when you cuddle up to the right people to increase your chances of playing some of the bigger shows and getting some of the bigger support slots.  But that’s not what we want to put our energy toward.  The extent of our travels has only been along the east coast. That’s all we’ve really been able to manage considering our other commitments in life.  And look, it would be great to take this band overseas, but the time to organize it and the finances to carry it out just aren’t there. 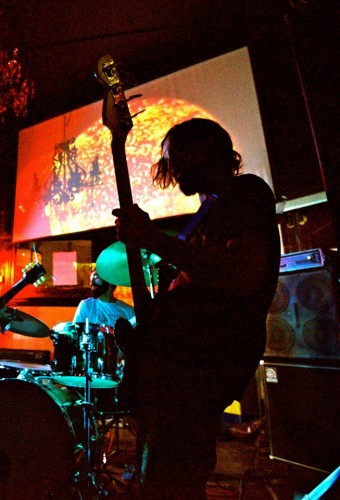 I did search Mother Mars’ interviews through Google, and most of results were about some freaky dude named Bruno Mars! I won’t ask you who is it, but what is your attitude about the band’s promotion? How much effort do you put into it?

We don’t do a great deal in terms of promoting the band. Mainly just the basics like online promotion when there is a new release or a live appearance approaching. Generally Mother Mars is like a simple boy just relaxing on rum and cigarettes. But when there is something happening, Mother Mars, well, she puts the sun and all heaven, Earth, and Mars into it!

Paul, did you search for a label that could handle all the promo for the band? I think you could call to NASA!

Yes, good idea!  I would even give permission for them to send one of our tunes up into space for one of their missions.  I would at least be curious as to which song of ours they would choose to send into space!

Indeed, I know that there’s a government’s program that provides donations for metal festivals in the Netherlands. It’s connected with cultural programs somehow. Do you have something like that in Australia?

Probably.  I’ve heard about grants for bands.  I’ve never looked into it, and don’t know if I ever will.  I don’t know, getting some sort of grant for us to play rock and roll just seems like a weird way for us to go about it.  Maybe I’m just weird for thinking that.  Sometimes a helping hand can go a long way.

Okay, Mother Mars performed their new song “Cloner” for this release. What’s it about?

Well, it’s nothing new really, just another stab at mass media and the like, and society as the great cloner. You know, the general population being told by commercial radio what their new favourite song is and who their new favourite band/artist is. Being told by the magazines what’s cool, what isn’t, and what their mindset should be.  Being told by the television networks what the latest show is they should be tuning into. And the lyrics in this song go just a little bit deeper in identifying some of the behaviour of this type of clone.

Life can become incredibly sterile, and some people are content to keep living that way, and I guess they don’t really know any different. But when you wake up and realise the alternatives in life, it can be very refreshing. It’s our Monday morning blues, I guess!

Do you see music as a chance to speak out? Stoner seems one of those genres that are really far from politics.

Yeah, stoner rock isn’t known so much for any depth in the lyrics, it’s mainly about the riffs and the fuzz…. but, if you’ve got something to say then you’re going to say it, right? No matter what style of music it is. It’s certainly a great chance to speak out.  But hey, if you just want to sing about cruising down the highway on a summer afternoon then there’s nothing wrong with that either!

How would you comment on The Grand Astoria’s song “Blessed, Cursed and Crucified” which was written for this split?

As well as being a great song in its own right, it’s a great variation to our offering on the other side of this split. And The Grand Astoria seem to be making a very strong statement of their own with such a song as ‘Blessed, Cursed And Crucified’. Such a strong, dark statement, yet offering hope.

Which influences prevail in your music — Australian ones or Martian ones?

Oh definitely Martian. But from an Australian perspective, I guess! Some of the Australian flora and fauna can certainly offer an otherworldly perspective though. Just look at a platypus for instance! 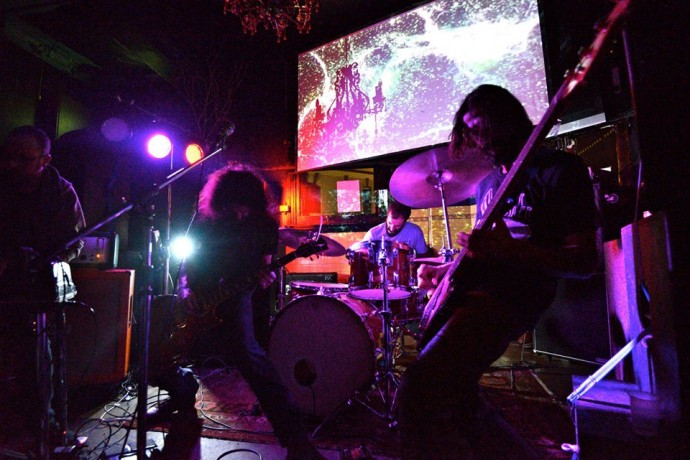 Okay, Paul, can you name some Martian musicians who influenced you?

There are many. Some are still here among us and some are gone, long gone.

To quickly name a few, there’s Hawkwind, Funkadelic, and of course Hendrix. Jimi Hendrix’s time on Earth was all too brief, but he did notice (as did Dylan) that there are many here among us who feel that life is but a joke.

What do you value most considering your participation in Mother Mars mission?

We basically just need to keep ourselves sane by putting our sonic experimentation out there for others to (hopefully) enjoy. And we are very grateful that some folks are taking the time to listen to what we are creating.

Hm… By the way, what is the mission of Mother Mars?

To keep communicating with Mother Earth!

One Response to “AN NCS INTERVIEW: PAUL ATTARD (MOTHER MARS)”