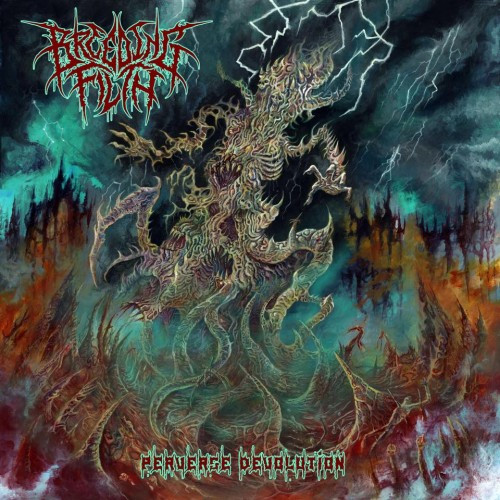 (Austin Weber presents our premiere of a song by Indiana’s Breeding Filth.)

While talking to Dawn of Dementia guitarist Derick Harshbarger recently, he mentioned to me that he is a part of another new group from Indiana called Breeding Filth, and that they were close to having a single drop. So we at NCS are now proud to help spread the word about them with the premiere of “Exhibit Of Perverted Lunacy”, the debut song from their upcoming full-length, Perverse Devolution.

Anyone who is a fan of Dawn of Dementia will easily dig “Exhibit Of Perverted Lunacy”, especially because of a similar melodic focus on sheer darkness and skull-crushing fury. Stylistically, Breeding Filth are different — they have a more brutal/slam character than Dawn Of Dementia — but there is still a fair bit of technical death metal riffing woven in. 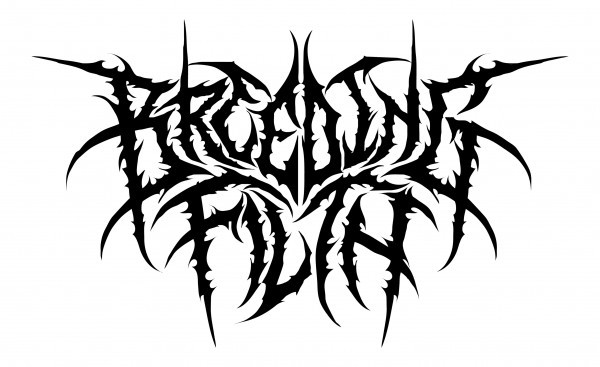 Overall, “Exhibit Of Perverted Lunacy” sounds somewhat akin to the style of brutal technical death metal in which Inanimate Existence traffic so well, albeit not as experimental.   This is a highly evolved massacre in motion, a supremely satisfying dose of slicing, hyperactive, and constantly strafing riffing, imaginative rapid-fire guitar leads, demolishing drum-work, concrete-thick low-end bass reverberations, and sickly, throaty, guttural roars and wicked screams. All these ingredients work in unison to produce a highly nefarious and complex experiment in suffering and spirited hatred.

Perverse Devolution will drop sometime in the Fall of 2015.