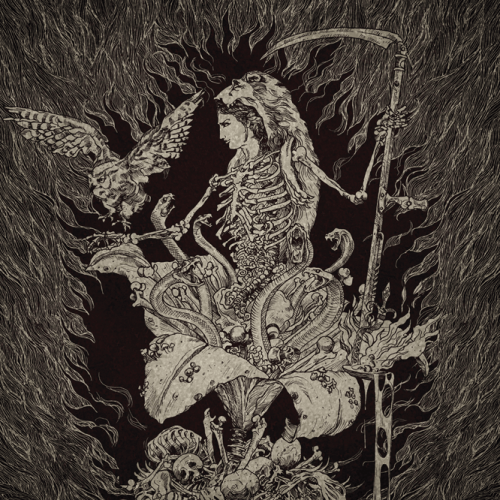 Following the release in 2013 of a debut EP (Tranquility) and a split with Thaw, Poland’s Outre will see the release of their debut album Ghost Chants next month. Today we bring you a first taste of this new work as we premiere its final track, “Arrival“.

The combination of piercing and groaning tones that introduce the song immediately fashion an atmosphere that’s both eerie and ominous. The titanic, distortion-drenched pounding and dynamic, deranged vocals that follow only deepen the sense of impending calamity, and when the song erupts in an explosion of jagged riffing and blasting drumbeats, the tension breaks and the threatened destruction becomes a reality. 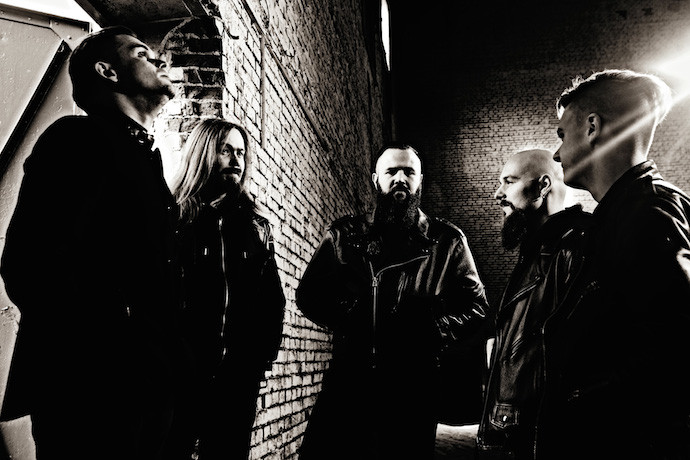 The otherworldly guitar leads that surface in the midst of the volcanic holocaust and the array of vocal sounds (all of which are disturbing) perpetuate the music’s eerie atmosphere even as it builds to still more overpowering levels of force. This is a song that demands volume — don’t be bashful about cranking the sound into the red zone — but be prepared for severe neck strain when the track’s massive rhythms take hold.

“Arrival” is black metal, but enfolded within the music are elements of doom, death, and sludge, as well as the kind of avant-garde air that may put you in mind of Deathspell Omega. It’s as interesting as it is potent, and a fine precursor to an album that will be well worth hearing in its entirety.

Ghost Chants was mixed and mastered beautifully by M. of Mgła. It will be jointly released on April 14 by Godz Ov War, Third Eye Temple, and Essential Purification (LP, CD, MC).