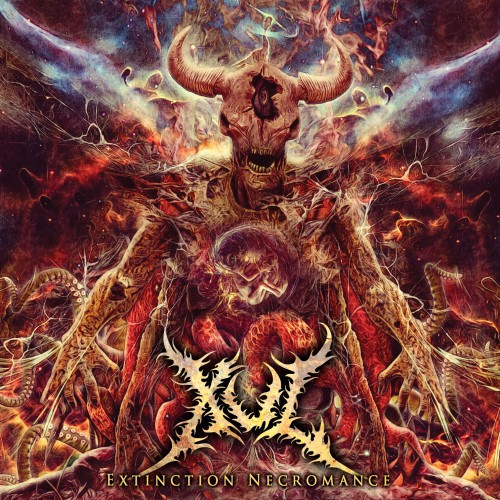 Are you sitting down? Okay, good, because if you weren’t, I would tell you to sit down, because what you’re about to hear will knock you over. Also, I’d recommend putting on some flame-retardent outer wear. Hell, if you’ve got asbestos-lined underwear and a Kevlar loincloth, those would be good ideas, too.

This song, “Orbit of Nemesis” from a British Columbia band named Xul, is like a Formula One death metal machine whipping around one hair-pin turn after another, with you tied to the spoiler by a barbed-wire leash and with flames coming out the exhaust, close enough to burn off your eyebrows and incinerate your nose hairs. 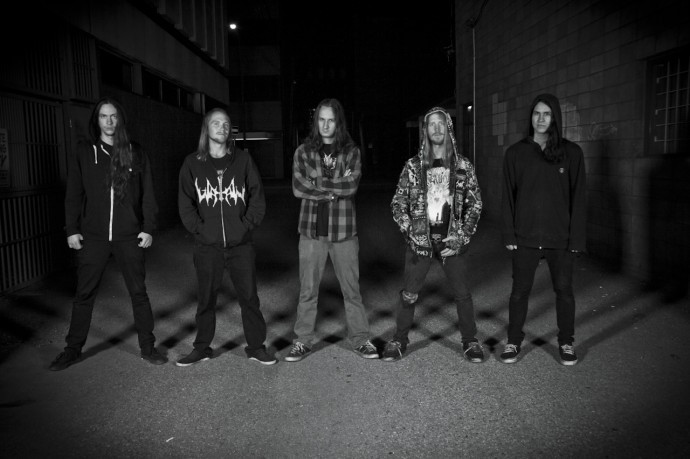 There’s a lively symphonic overture (as if to signal, “yeah, this is going to be way over the top”), and then it’s one non-stop explosion of heavy artillery after another. It’s as if the unit commander gave all the gunners enough rounds to fight World War II all over again but allowed them just a bit over seven-minutes to unload the entire stockpile.

There might be a human being behind the drum kit, but I doubt it. I’m thinking it’s more like a personification of a late-model machine gun whose motto is, “I LIVE TO SPIT BULLETS!”. And the riffs? Personified drill-bits whirring at RPMs high enough to start smoking, and jabs like those delivered by a welterweight champ but with a heavyweight impact.

Melodic guitar leads? They’re in here, too, but they’re twisting and turning so rapidly that they’ll tie your neurons in knots. But you’ll remember them. Oh yes, you will. Just like you’ll remember (with fear) the vocalist’s skin-stripping howls and bestial roars, full of inflamed passion and ravenous hunger.

There’s a small, slower melodic segment that arrives in the latter half of this sonic conflagration. Comparatively speaking, it’s subdued enough (barely) that you can hear your own heavy breathing but only long enough for you to adjust your asbestos underoos in order to protect your reproductive organs from the intense heat before the burning starts again.

Xul may be from The Great White North, but I suspect their brand of death metal will remind some of you (as it does me) of the smoking-hot, no-holds-barred, jet-fueled, highly adrenalized death metal that’s been coming out of Italy in recent years. It’s brutal and it’s bombastic and it’s catchy as hell.

If sentient beings had evolved on Mercury, this is the kind of metal they’d jam: It’s boiling.

“Orbit of Nemesis” will appear on a new Xul EP named Extinction Necromance, which is scheduled for release by the band on May 19. The cover — which is goddamned stunning — is by Remy C of Headsplit Design. Are you wondering if the whole EP is as mega-charged as this song? Well, according to the band:

“We’ve chosen ‘Orbit of Nemesis’ as the single for this EP because we believe it embodies what we’ve been going for with this band up until this point. We want to give listeners a glimpse of the evolution of Xul.”

No more warnings, or metaphors. Time for you to press PLAY.

7 Responses to “AN NCS PREMIERE: XUL — “ORBIT OF NEMESIS””