Down and dirty, with a hint of something creepy just beneath the surface, the band’s blending of rolling, Vader/Autopsy–style death-grooves, Behemoth/Watain-esque stomp and swagger, and touches of eerie, Morbid Angel-ish atmosphere – accentuated here and there by unexpected progressive touches, flashes of surprising technicality, and an undercurrent of lurching sludge – should, by all rights, be an awkward mix. Yet somehow they make it work, taking this amalgam of sounds and using it to whip up an absolute cacophony of ugly, unrepentant nastiness that’s also as infectious as sonic syphilis. 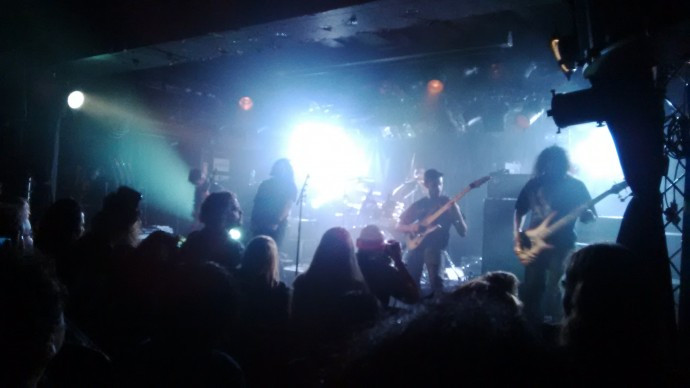 Nipping downstairs to John Dee, I got my first exposure to Indian Death-Thrash types Inner Sanctum, whose chunky, belligerently heavy sound proved to be the perfect fit for the more intimate confines of the festival’s second stage. With a sound akin to The Gathering-era Testament (which, by the way, is my favourite Testament album), they delivered a fast-paced and relentlessly fun set of rock-solid grooves and choppy riffs (splashing out with an occasional bluesy solo lick), that got the crowd pumped up and ready for action. I’ll admit, it’s a relatively familiar sound they’re dealing in, but it’s hard to care so much when it’s delivered with this level of power and conviction. 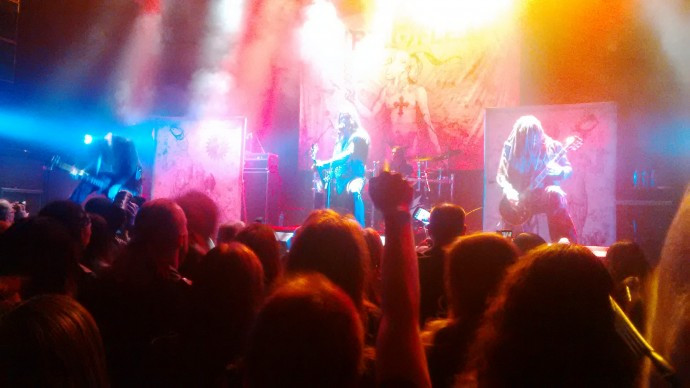 Septic Flesh (it’ll always be two words to me, dammit!) were up next on the main stage, and unfortunately offered up the night’s one and only disappointment. The band’s live set was dominated (perhaps unsurprisingly) by the pre-recorded orchestration and overpowering (and, truth be told, more than a little artificial) drum sound, with the guitars relegated mainly to background noise and a bass-tone that was practically non-existent. Indeed, band frontman Spiros Antoniou seemed far more interested in posing to show off his nifty necromonger outfit than, you know, actually playing his bass, and by halfway through the set his constant rock star preening was starting to get downright embarrassing.

It did seem a bit like I was in the minority though, as the crowd seemed to eat up their bland brand of Hammer Horror metal. Still, it left me absolutely cold, and reminded me of the musical equivalent of a Michael Bay cgi extravaganza – all style and no substance. 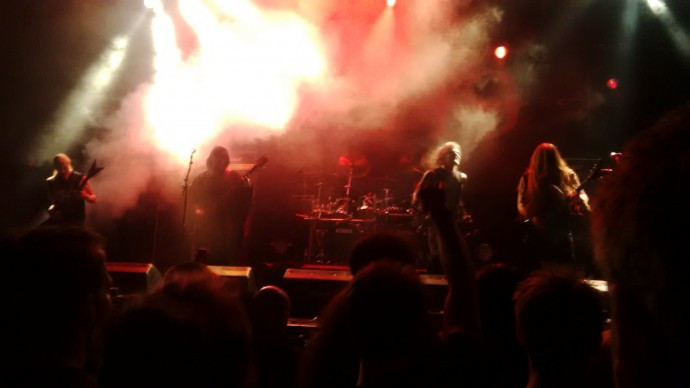 1349’s latest album is called Massive Cauldron of Chaos and that’s exactly what they delivered, a massive, boiling cauldron of pitch-black hatred that completely washed away any remaining sour taste left by their predecessors in waves of obsidian fire and fury. And I do mean fire, with some blazing pyrotechnics punctuating the aural hellfire with some more physical heat.

Oh, and did I mention that the band (accompanied by Destructhor of Myrkskog on second guitar) played the entirety of M.C.o.C. from start to finish to end their set? 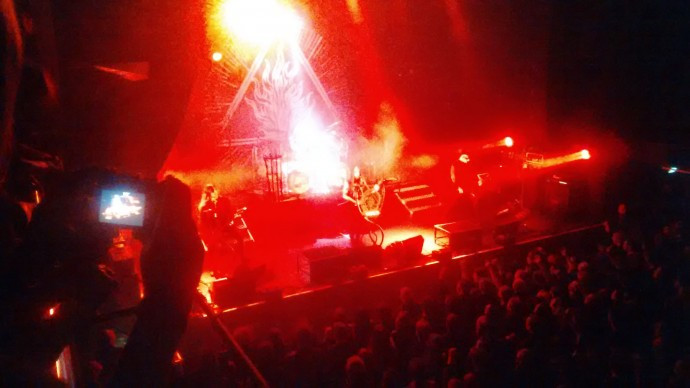 The night’s headliners, however, took things even further, with a set as grandiose and ostentatious as any you might come to mention, wreathed in smoke and flame. Of course, this pomp and pageantry would be meaningless without the songs to back it up. And boy, do Behemoth have the songs to back it up. Dropping in material from 1999’s Satanica (“Decade of Therion”), Thelema 6 (“Christians to the Lions”), and many more (“As Above, So Below” from Zos KiaCultus being a personal favourite), into a set heavily focussed on recent masterpiece The Satanist, the quartet made damn sure to touch on all the aspects of their sound, with Nergal’s seductive charisma and irrepressible energy making him both prophet and preacher to the assembled throng.

One thing though boys… I love “O Father, O Satan, O Sun” as much as the next guy… but close with “Lucifer” instead next time will you? It’s just the perfect ender. 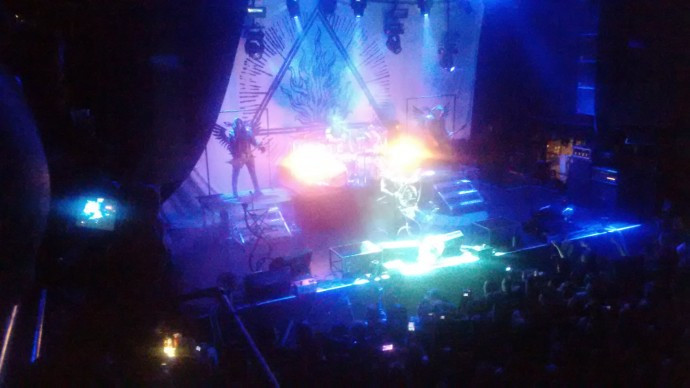