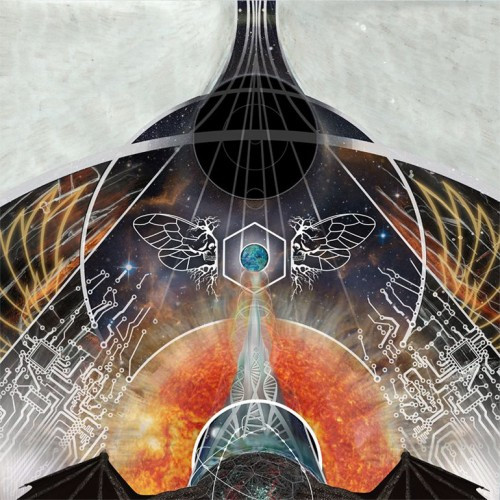 (Wil Cifer provides this review of a new single by Unraveling from Calgary, Canada.)

If any sub-genre in the metal family tree deserves to see the inevitable upswing in the perpetual cycle that most musical trends follow, it’s industrial. You would think Godflesh’s comeback would have spurned this. We do have Author & Punisher and Youth Code, but that is hardly a groundswell for the kind of music that dominated the 90s alongside grunge. It has yet to really see a resurgence of the magnitude it deserves. Taking their best stab westward at the genre’s more accessible side is a project from Canada called The Unraveling.

They have returned with the first new song since their lead singer fell out of commission for a year due to heath problems; it’s the band’s first new music since their 2010 release 13 Arcane Hymns. This track shows the duo evolving from just another Tool-influenced hard-rock band stuck in the 90s to something more promising.

Though their influences are not always worn on their sleeves, they do shine through brightly in certain moments. The first comparison that came to mind was the thought that this is what it might sound like if Devin Townsend decided to cover Nine Inch Nails‘ “Reptile”. I think the results would not be too unlike “Revolt”. The guitar carries a similar chug to the one Reznor captured on that album. If your music can be compared in any way to The Downward Spiral, then you have made something that is, at the very least, on the upside of decent, as that album is one of the best-sounding records ever recorded.

Perhaps these guys are into progressive rock, as they claim on their Bandcamp page, but this song is much closer to industrial than prog. Nothing wanders out of place, and the song is only four and a half minutes, which is more like the length of an intro to a prog rock song. The vocal delivery falls closer to the God Lives Under Water side of industrial rock; when the vocalist backs off and uses a more subtle dynamic, it’s even more in the vein of Nine Inch Nails, as is the trickling single-note melody.

If you missed out when this music peaked in the 90s, The Unraveling have a grasp of the Headbanger’s Ball style of industrial, where the emphasis is on the guitar rather than the electronic smoke and mirrors. The lyrics are another one of this project’s strengths; they are cloaked in metaphors while still being a harsh, but spot-on criticism of big American materialism spreading its infection on a global scale.

Who would have thought that the band would come across heavier without being as centered on guitar as their previous efforts? This might not rival Ministry’s tougher moments, and Meshuggah has nothing to fear, but this has a tangible emotional rawness that makes up for the lack of blast-beats and gurgled growls. I look forward to hearing what an entire album heading in this direction will bring from this project, which has no shortage of talent and has begun to carve their own identity with this release. Check it out below.

One Response to “BRING BACK INDUSTRIAL: THE UNRAVELING’S “REVOLT””