At the end of this post we bring you the premiere of a multifaceted song named “Harrowing Winds” from the self-titled third album by California’s WRVTH, which will be released in June.

WRVTH (pronounced “wrath”) were once known as Wrath of Vesuvius, and this new record follows a 2009 EP (A World In Peril) and two previous albums, Portals Through Ophiuchus (2010) and Revelation (released by Mediaskare Records in 2013). But even if you are familiar with the band’s previous efforts, the new album reflects some changes in musical direction, along with that alteration in the band’s name — and “Harrowing Winds” is a signpost to those changes.

When I first heard the opening minute of the video clip for the song, I was having trouble squaring it with the little “Unique Leader” logo in the bottom right of the video frame. The shimmering, reverberating guitar harmony is tranquil, even transcendent. But as the song evolved, that Unique Leader connection became more understandable, just as the song became darker, more extreme, and more unpredictable. 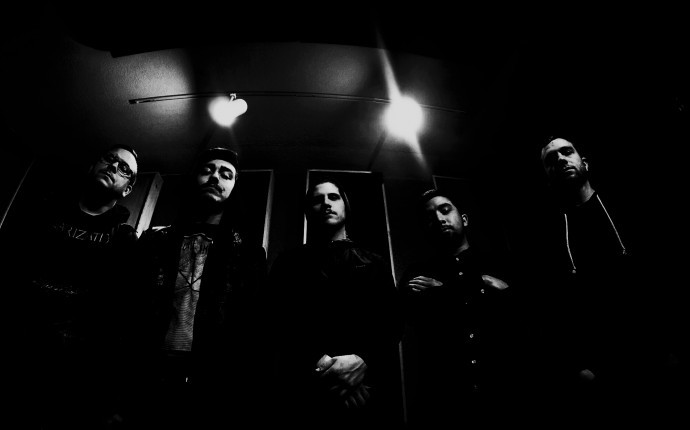 The music builds in volume, weight, and intensity — eventually accelerating into a brain-twisting frenzy of tech-death dissonance, full of exuberant guitar and bass machinations. But as freaked-out as the instrumental work is (and as unpredictable as the vocal array of shrieks, growls, and roars becomes), the band also hits some jack-hammering grooves and infiltrates the track with off-world melodies, along with delivering a beautiful guitar solo. And that opening dual guitar harmony returns, along with a badass bass solo. Together, they act as a bridge to a final mind-expanding display of progressively inclined pyrotechnics.

Does this roller-coaster ride of surprises hang together? You be your own judge, but by my lights it really does, and beyond the strength of the song on a stand-alone basis, it’s a very intriguing teaser for what else lies in store on the album.

And yes, the 11-track album will indeed be released by Unique Leader, and it will come our way on June 16. It was recorded, mixed and mastered by Zack Ohren (Suffocation, Fallujah, All Shall Perish, et al.) at SharkBite/Castle Ultimate Studios in Oakland, and it features a guest appearance from Daniel Casares from Bay Area jazz group Atta Kid on saxophone. Enjoy “Harrowing Winds” below (followed by some tour news)…

In other WRVTH news, the band will be embarking on the Dawn of Shred Tour next month alongside Ænimus, with support provided by Shapist and Memories In Broken Glass on select dates. Here’s the schedule: