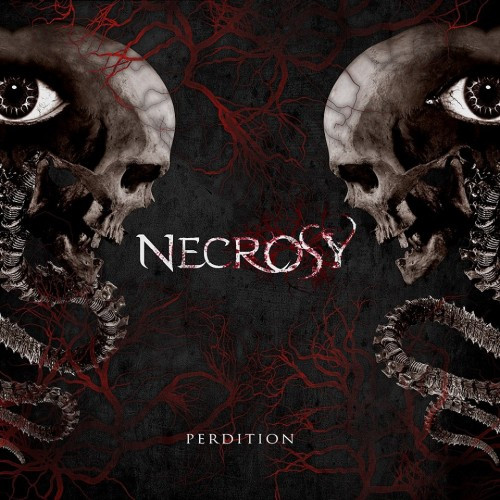 (Austin Weber introduces our premiere of a full stream of Perdition, the debut album by Italy’s Necrosy.)

In recent years the Italian metal scene, and specifically the death metal scene, has been taking the metal community by storm with a never-ending barrage of top-notch releases and a seemingly endless supply of new bands popping up all the time.

Here at NCS, we’ve kept our eye on this region and have written about it countless times, from the country’s most well-known powerhouse acts to its plethora of new talent. In the spirit of our love affair with the rampaging and vicious death metal that Italy churns out with ease, we bring your attention to an up-and-coming new band called Necrosy, with this early stream of their soon-to-be-released debut full-length, Perdition. 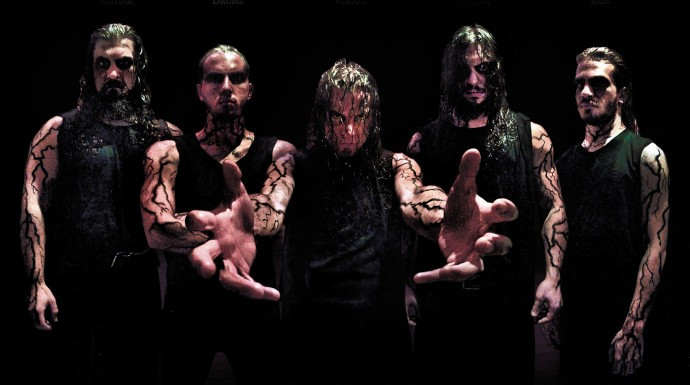 The band began as a one-man project, formed in 2010 by multi-instrumentalist and current drummer Christian Giusto. After releasing the first demo/EP by himself, he enlisted several other people who play on and helped contribute to the writing of Perdition. Basically, if you mixed Cryptopsy’s drumming with influences from Hate Eternal and the blackened depths of Behemoth you’d be approaching the annihilating ballpark where Necrosy dwell and from which they deliver death.

This is a relentless assault, and very much a drum-driven album. Christian’s powerful drumming is varied and quite technical, dispersing rapid-fire percussive insanity with finesse and flair aplenty. His racing drumbeats act as an energetic core for the frenzied, twisting riffs that pile and push overtop, and a perfect foundation for the sawtooth serrated growls and rumbling, thick bass presence that add further fire and depth to the onslaught at hand.

Perdition is one hell of a death metal debut, yet quite a sophisticated and elaborate affair beyond its constant blazing tempos and scorching nature. It doesn’t come across as bland and fast simply to be fast, and for those reasons Perdition is a record you’ll want to invest time in. It’s the songwriting here that rules the roost. Necrosy always know when to dial things down a few notches and shift into slower passages where they often delve into atmospherically unsettling realms, and when to build up with powerful synths; they don’t let their abundant technical talent come across in a showboating or self-indulgent manner.

Perdition has a lot more replay value and catchy, eye-popping riffs than the music of a lot of Necrosy’s peers who are composing with similar sonic ingredients, but with not nearly as much songwriting skill as these guys have. I wouldn’t be surprised if a label snatches these guys up once Perdition is out, it’s that damn good.

Perdition will be released on April 24. If you wish to order the record after you hear it, go HERE.