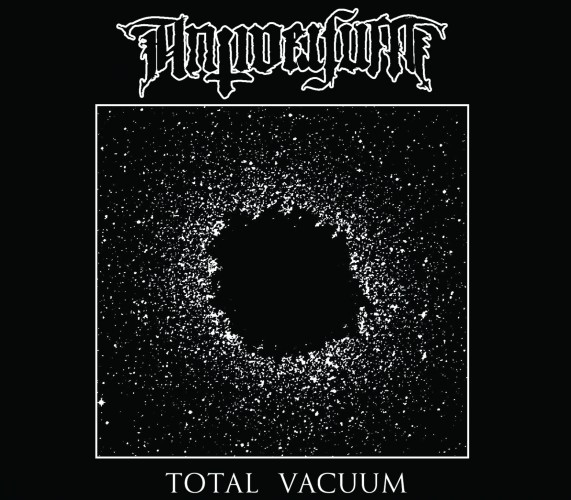 Those with long memories may recall that last October we reviewed two tracks that had surfaced from a forthcoming demo by the Swiss band Antiversum. Since then the Irish label Invictus Productions has arranged for the release of the demo — entitled Total Vacuum — and we now bring you the premiere of all four of its songs, in all their horrifying glory.

The demo is well-named in one sense: Total Vacuum creates an atmosphere of bone-freezing gloom, summoning immense vistas of a heartless, malignant cosmos. The demo begins and ends with eerie ambient sounds that include deep groaning tones and piercing electronic shrieks, effectively summoning sensations of dread and implacable menace. But in between those chilling bookends, Antiversum embark on a void-faring excursion that’s loaded with harrowing encounters. There is life in this vacuum, even if it is utterly alien and frighteningly voracious. And unlike a vacuum, it’s massively heavy and disturbingly oppressive. 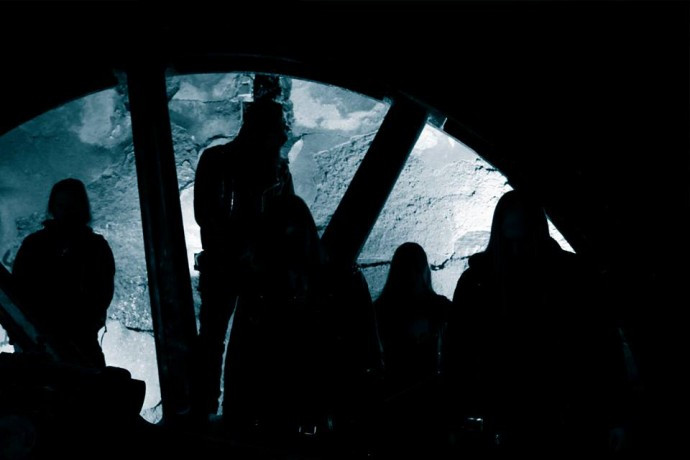 The opening track “Finis Aeternitum” builds from slow, buzzing, mind-warping chords and the methodical boom and crash of percussion into a hammering cacophony of destructive sound, punctuated by bursts of double-bass rumble, flensing tremolo riffs, and the echo of ravenous howls.

In its pacing, the follow-on piece “Vetus Angelus” (the only “short” song on the demo) is something like the inverse of the demo’s opening track. From the start, it explodes in a thick, poisonous haze of frenzied riffing and then begins to accelerate, driven by the engine of a deep, rumbling bass-and-drum rhythm. In the middle, it slows to a groaning, blood-congealing crawl before ramping up again to deliver a final dose of radioactive explosiveness.

The long title track is an eruption of steamrolling destructiveness that begins with somersaulting drums and rancid, reverberating chords. It becomes a horrific attack of blasting drums and heaving waves of distortion, like some biomechanical monstrosity pulling cities to the ground and gouging deep canyons where they once stood. It also includes a slower mid-section, designed to saturate the listener with the ichor of gloom, before accelerating into an unbridled display of bestial ferocity.

The demo ends too soon with “Adventus Finis”, which joins together passages of slow, grinding death and enormous, jabbing riffs over an undercurrent of thrumming bass and booming timpani. The pile-driving power of the song is sure to get heads moving, even as those heads are being filled with the stuff of nightmares.

Whether crawling through a frigid pit of doom or spooling up to a blasting maelstrom, Total Vacuum has the capacity to engulf your mind — and bite down on it hard. It’s a potent, atmospheric offering of alien black/death that’s cold, hostile, and thoroughly gripping.

Invictus Productions plans to release Total Vacuum in digipack CD format on April 20. Order it HERE. Further info is available via the links below: