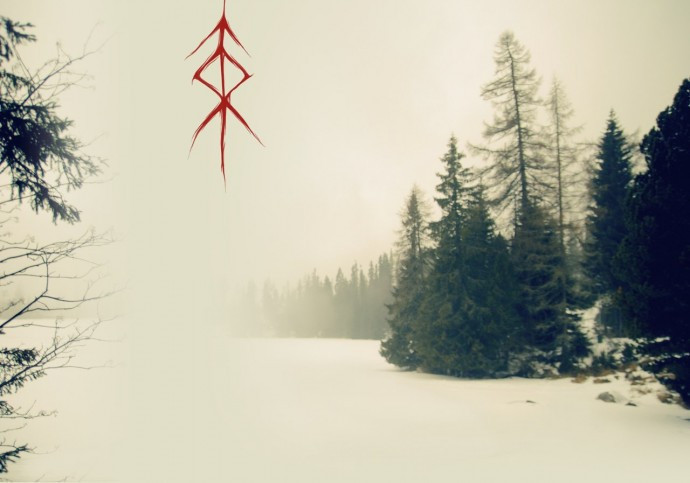 (Andy Synn reviews the forthcoming sixth studio album from the Ukrainian band Kroda — GinnungaGap-GinnungaGaldr-GinnungaKaos — and we also have for you the premiere of the album’s fourth track, “Чорні Хребти Карпат” (Carpathian Black Spines).

There are some albums you just never really get on with. Not that they’re necessarily bad, but albums you just don’t “click” with, for whatever reason. Where the pieces just don’t seem to line up properly and the overall package just seems lacking.

Then there are albums that you fall in love with instantly, where even their tiniest flaws seem to have a necessary place in the grand scheme of things.

This is one of those albums.

And, under duress, I’d probably admit that GinnungaGap… isn’t quite the masterpiece its predecessor was.

With the proggy excesses of the previous album reined in somewhat (where Schwarzpfad contained 5 tracks with an average length of around 10 minutes, GinnungaGap… has 8, with an average length more in the 4-5 minute range) it’s a more direct and song-focussed effort in many ways, with each and every one a gloriously anthemic display of true passion.

Indeed, utilising a more restrained song length is actually a rather brilliant – albeit simple — decision, allowing the album to stand on its own two feet and step outside of the grand shadow cast by its predecessor, playing purposefully to its own strengths and carving out its own distinctive sonic identity.

From the pulsing blasts and radiant blackened energy of “На Крилах Шторму”, to the captivating tremolo hooks and soaring guitar harmonies of “Чорні Хребти Карпат” (Carpathian Black Spines), to the sweeping melodic grandeur of “Туманом Снігової Імли”, every single track on GinnungaGap… positively bristles with righteous fury and fiery conviction, weaving its grand, folklore-ish melodies and epic, haunting atmospherics in amongst a pulse-pounding cavalcade of rough-hewn riffs and raging vocals with consummate ease.

The tone and texture of the songs reminds me, oddly enough, of early Dark Tranquillity at points, while some of the heavier, more infectious rhythms definitely recall early Hypocrisy. And, of course, with the album’s deft mixing of proggy undercurrents of cosmic melody with majestic blackened riffage (“Прірва Себе” being a perfect example), comparisons with Isa/Ruun-era Enslaved are more than valid.

Yet, like all of Kroda’s albums, GinnungaGap… remains clearly distinct from these influences. They are, in truth, little more than reference points drawn on by this reviewer to make some useful comparisons. Because simply saying that GinnungaGap… sounds like Kroda doesn’t seem sufficient, beyond establishing that this sees the band remaining at the very top of their game. 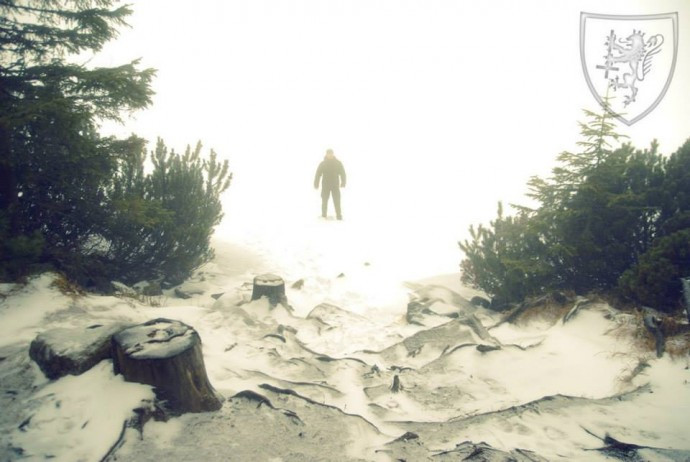 So far, this has been an impressive year for Black Metal, in all its forms, already. And, off the top of my head, there’s a number of “big” releases still scheduled to come our way in the vast and misty field of folk-influenced Black Metal alone, not least with legendary acts like Negură Bunget and Drudkh (among others) either having just released, or just about to release, new albums of their own.

Yet where Negură Bunget stumbled with the oddly disjointed Tau, and Drudkh continue to plough a familiar furrow of their own making, Ginnungagap… brims with a vitality and unabashed creative energy that’s simply unmatched.

Pulse-raising in its undeniable passion, and surprisingly life-affirming in its boundless energy and vigour, Ginnungagap… is Kroda at their very best, marrying power and pathos, might and majesty, primal fury and grand, storytelling ambition, in a display of absolutely stunning harmony and balance.

GinnungaGap-GinnungaGaldr-GinnungaKaos will be released on Walpurgisnacht, 2015. For further details as they come, visit these links:

8 Responses to “KRODA: A REVIEW OF “GINNUNGAGAP-GINNUNGAGALDR-GINNUNGAKAOS” AND A PREMIERE OF “CARPATHIAN BLACK SPINES””