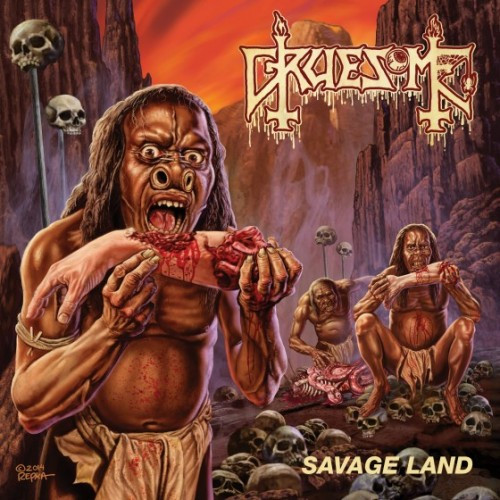 Yes, it’s true, we shove about 100 new songs in your face on a daily basis, but we know your face holds a lot of songs, so we need to keep shoving. Be sure to chew them well and don’t try to talk while you’re doing it, ’cause you could choke to death.

Surely you know about Gruesome by now, because we’ve certainly written about them enough, and we even premiered a song from their debut album Savage Land. They give new meaning to the phrase Total Death Worship.

As of yesterday, the whole album became available for streaming. I don’t know why you wouldn’t go listen to it, unless you’re in a coma, in which case we wish you a speedy recovery and a pain-free removal of the catheter. Don’t forget to share photos of that for our collection. We’re thinking about turning them into a large-format NCS coffee-table book, The Art of Catheter Removal.

Where was I?  Oh yeah, there’s a stream of Savage Land at Decibel. It’s an exclusive, so you and your catheter will need to go here to listen, and you’ll both be glad you did: 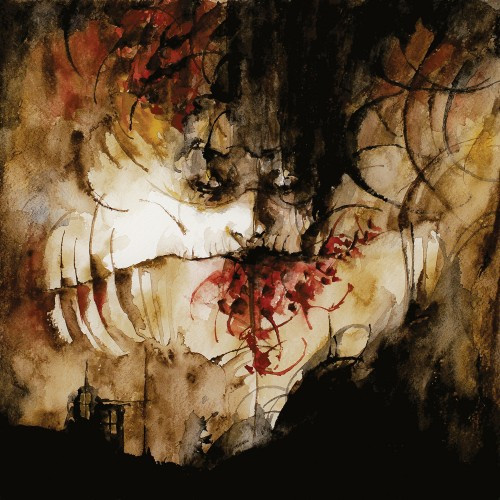 Yesterday another full stream became available for an album from which we had the privilege of premiering a song: IX – Everyone, Everything, Everywhere, Ends by Sweden’s Shining, which is due for release on April 21 by Season of Mist. This one is also very much worth hearing in its entirety. This one is also very much exclusively streaming at Decibel, which means that we must again urge you to use this link and go hear it over there: 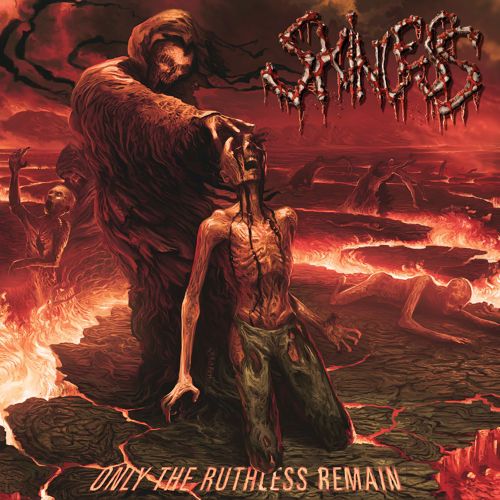 New York’s Skinless are back, featuring the same line-up that brought us Progression Towards Evil (1998): guitarist Noah Carpenter, vocalist Sherwood Webber, bassist Joe Keyser, and drummer Bob Beaulac, plus new second guitarist Dave Matthews. The new album is named Only the Ruthless Remain and it features cover art by Ken Sarafin. I enjoyed this quote from S. Webber:

“Ken Sarafin summed it up best when he said that upon listening to the new SKINLESS, his balls exploded and bigger ones grew in their place. That’s how we felt when making it!”

Okay, yes, it’s awfully enticing to think about your balls exploding, and about our female readers growing large ones, but your humble editorial staff have become used to PR hyperbole and we prefer to determine for ourselves whether our testes are genuinely at risk. Now we have the chance, as do you, because yesterday a song from the album named “Serpenticide” had its premiere — and man alive, is it decimating. My balls did indeed explode; I’m anxiously awaiting the regrowth.

Seriously, this thing hits hard enough that you’ll be taking your food through a straw for the foreseeable future. It’s utterly brutal, but packed with so many punishing grooves, scathing riffs, and grisly melodies that it’s also highly addictive. It includes dynamic changes of pace, horrific vocal roars, and some of the most immediately headbangable rhythms I’ve heard this year.

Only The Ruthless Remain will be released on CD, LP, and digitally via Relapse Records on June 2, 2015 in North America (June 1 in the UK/EU and May 29 in Germany/Benelux/Finland). For preorder bundles, go here; digital pre-orders are available at this location.

I pretended to write a negative review of the new Unleashed album, Dawn of the Nine, just for a change of pace. But honestly, the album is really damned good, It’s more fun than you can have short of being horse-whipped by Valkyries.

Yesterday Unleashed debuted a lyric video for “Defenders of Midgard”. It may help to read what Johnny Hedlund said about the meaning of the song:

“As time passed, the Midgard Warriors prepared for life in this new situation. A time to heal and prepare for what is about to come. With the wisdom from their past, and their current strength and determination, the time has come to rise and defend what is rightfully ours. The Althing initiated a campaign to hunt down all that is left of White Christ’s rule in Svithiod, and to reinstate the hammer and the rule of Thor.”

Okay, I guess that probably didn’t help if you don’t know the rest of the story told on Dawn of the Nine. But the song tells its own story: 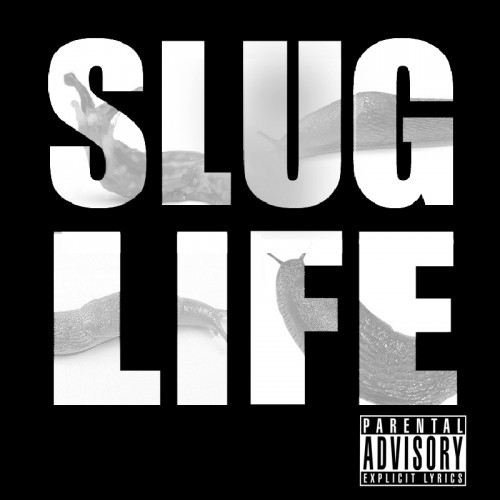 All of the bands included in this round-up so far have been well-known names, at least among well-educated fans of extreme music who have not been in a coma. So I thought before concluding I’d include a more obscure name. Hell, I think I’ll include two of them — beginning with Slugdge.

Slugdge is a two-man outfit from Preston, England, consisting of Matt Moss and Kev Pearson, and their 2014 album Gastronomicon (reviewed here) was one of the biggest and best surprises of last year. I can’t resist quoting again what a Facebook friend of mine wrote about it: “Intergalactic riffing slugs! For the curious, imagine Akercocke, Carcass, and Morbid Angel having a love baby. And it’s a slug. From outer space. And it wants you dead.”

Slugdge just released a free EP of cover songs, apparently recorded several years ago, and it’s phenomenally good, both in the choices of songs to cover and in the performances. It begins with one of my all-time favorite songs, King Crimson’s “21st Century Schizoid Man” — and Slugdge fucking kill it (in a very good way). And from there they move from strength to strength, through songs by Mistress, Napalm Death, Assück, Circle of Dead Children, and Nasum.

This is one goddamn heavy monster, with fantastic instrumental and vocal performances that show the considerable range of this duo’s talents. It’s a demolition project that leaves nothing but a big pile of smoking rubble in its wake — along with a lot of smiling faces.

And did I mention that it’s free? 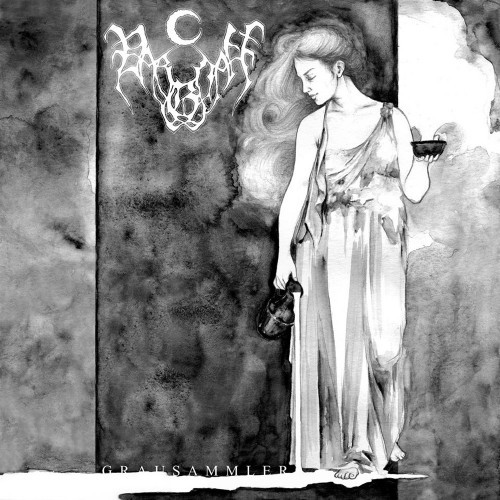 For our final entry in this round-up, we turn to a German band named Vargnatt. They’ve previously released two demos and an EP, and their debut full-length, Grausammler, will be released in May (CD and digitally) on the Eisenwald label. The press release I received about the album stated that the band are “Greatly influenced by the early Burzum Era as well as Ulver’s Nattens Madrigal“, and that was enough to lead me in search of music.

The first of the album’s six songs to be made available for listening is a track called “Allein  in mir”. It begins with a crystalline dual-guitar melody that’s quite beautiful and then the music accelerates into a rolling black metal gallop that’s highly energetic and highly infectious. The ringing, racing guitars are the heart of the affair, but the rapidly rumbling bass line is also a big attention-grabber. The drummer doesn’t have much chance to turn acrobatic, but his precise, oh-so-steady rhythm is tailor-made for the song and it’s yet another part of what makes it so damned appealing. Having heard this one song, I’m very interested in hearing all the rest.