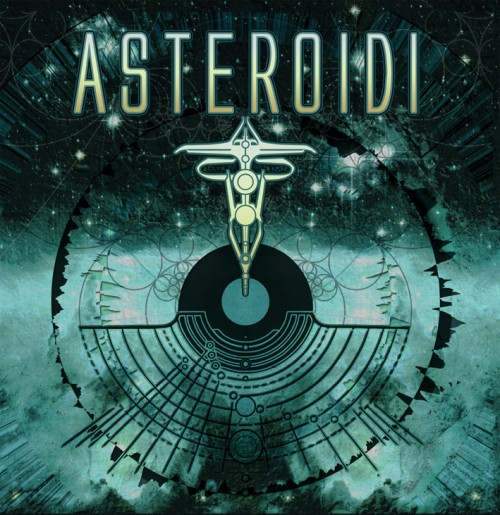 After many months of listening to the 2013 debut album by Italy’s Progenie Terrestre Pura, I finally attempted (here) to write something that captured the wonders of the album — and failed. I think all I succeeded in doing was to express the profound effect that U.M.A. had on me.

Even after the dramatic impact of U.M.A., I somehow missed the fact that last October, q[T]p (which is how they prefer to abbreviate their name) released a digital EP named Asteroidi. Andy Synn named it to his 2014 year-end list of the “Good” albums and EPs, and I still didn’t dive into it. And then yesterday I received a notification that Avantgarde Music is releasing the EP in physical form. Finally, I listened. 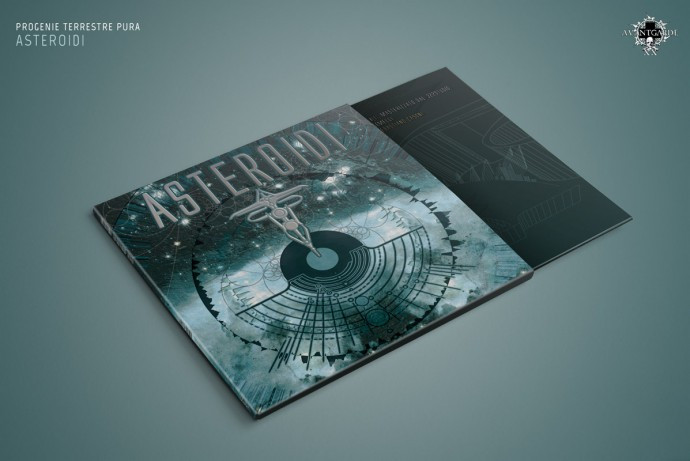 Asteroidi includes two long tracks, “Asteroidi” (at more than 14 minutes) and “Comete” (at more than 10). Unlike U.M.A., Asteroidi is entirely electronic music. Like what q[T]p has done before, the music was inspired by space travel. It represents a kind of soundtrack to an imaginary journey along the path of comets and asteroids, within our solar system and between the stars.

The music is not a long ambient drift, not the kind of music designed to slow your heartbeat to a hibernating state. It’s full of pulsating and pounding rhythms that have at least a distant kinship with industrial music. But it’s also full of sounds that do make you think of what it must be like soaring through space lanes, dipping into gravity wells and being propelled away from them in a slingshot effect, witnessing the explosive collision of matter, catching the shimmer of sunlight on rings around Jovian giants, speeding through the long outgassed tails of comets on their millennial journeys.

And speaking of comets, “Comete” is divided into three parts, named “Plutone”, “Kuiper”, and “Oort” named for the former planet, the vast belt of trans-Neptunian objects in our solar system that it dominates, and the even more distant cloud of objects that lies halfway between Sol and the nearest star beyond our solar system. Listening to “Comete” (which is mesmerizing), you do get the sense that you are traveling even further out into the vastness beyond our world — and it’s easy to get lost in these sounds.

Asteroidi is available from Avantgarde Music’s Bandcamp page (linked below) as a digital download and as a limited-edition “vinyl replica” style digipack. According to the band, the logo and title on the CD are in transparent UV, and therefore won’t be as visible as on the artwork at the top of this post.

Asteroidi is also still available from the band’s Bandcamp page (also linked below). Included in the download is an .gif file that’s a cool animated version of the cover that q[T]p created for their digital self-release last fall.