This Swiss three-person band has recorded a five-track debut named Verses of Perdition that will be released by Goathorned Productions on May 1. I haven’t listened to the entire album yet, but the one song I have heard is an eye-opener (and I thank KevinP for linking me to it).

The songs on Verses are identified solely by Roman numerals, and this track is “IV”. It’s an obliterating maelstrom of sound, a bleak, bulldozing fusion of black and death metal that may remind some of you of Aion’s countrymen, Bölzer. 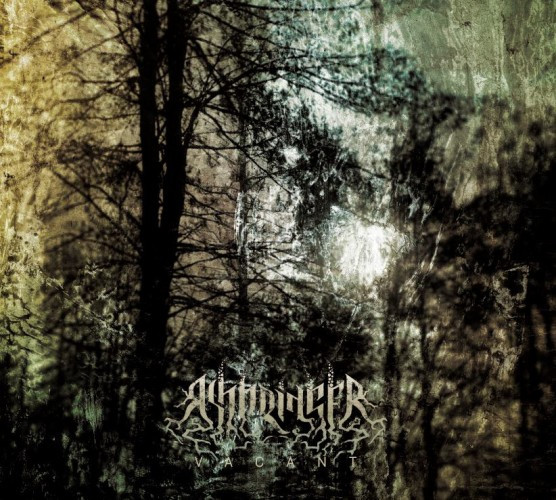 Ashbringer is a one-man band from Minnesota (Nick Stanger) whose debut album Vacant was released earlier this month in the U.S. by Primal Relics Records. I noticed it because of a press release sent on behalf of Italy’s Avantgarde Music, which will be releasing the album as a digipack CD on May 25.

The entire album is available for listening on Bandcamp, and this morning I checked out the second track, which is the one that’s set to stream first on the Bandcamp player. “Ethereal Aura pt. 2” is an electrifying piece of music that I suppose we could label post-black metal or maybe atmospheric black metal. Whatever you call it, the rippling/shimmering lead guitar melodies, an infectious bass line, beautiful acoustic guitar interludes, and sulfuric-acid shrieking make for a winning combination. 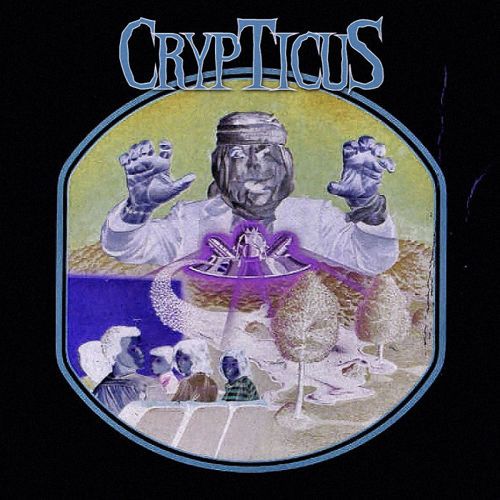 Long-time readers of our site will be familiar with Crypticus, the horror-fixated death metal band consisting of guitarist/vocalist/bass-player Patrick Bruss and drummer Brynjar Helgetun. The latest piece of Crypticus audio cruelty appeared a couple of days ago, a single named “Nightmare Logic”.

Crypticus continue to create death metal that’s as interesting as it is horrifying and bludgeoning. If you think there’s nothing new under the sun when it comes to death metal, you need to discover Crypticus. Listen to this: 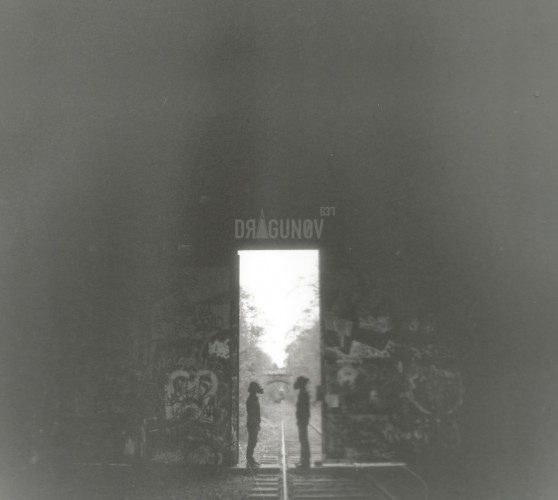 Dragunov is  two-man Parisian band whose debut album 637 will be released via Bandcamp on April 26. One song from the album is now available for listening, a track named “Tchetyre”. It’s absolutely pulverizing — instrumental post-metal that’s heavy as hell and convincingly black-hearted, but also damned infectious. 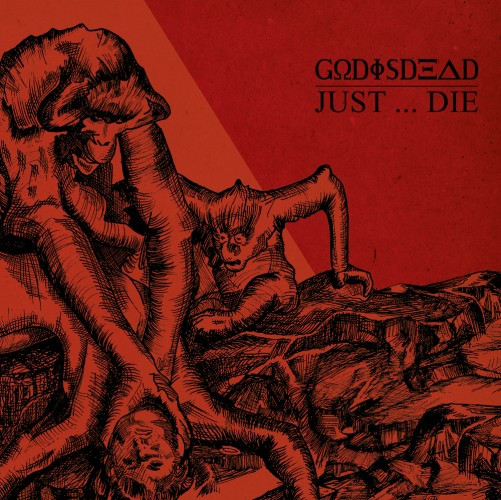 My next offering comes from another French band, a group from Avignon named Godisdead. Their third album Just… Die was released not long ago, and last month they began streaming an advance track named “Hypocrits”. I wasn’t familiar with the band and heard the song only because it started playing on YouTube immediately after the Dragunov track discussed above. The song grabbed me so hard and so fast that I stayed rooted in place until it finished (and then listened again).

Seriously, the song is ridiculously catchy — but it’s also an unstoppable steamroller of viciousness, with a howler behind the mic who sounds convincingly enraged.

In the spring of 2013 I reviewed a phenomenal instrumental album named On the Steps of the Temple by an Arizona duo who then called themselves Temple. In November 2013, Prosthetic Records signed the band, who at the same time announced they had changed their name to Tempel.

They’ve now finished their second album, The Moon Lit Our Path, which Prosthetic has scheduled for release on June 16, on CD, vinyl, and digitally. As you can see, the cover art is amazing. It was created by Lucas Ruggieri. Below is the hand-drawn ink illustration as it existed before color was added — also amazing: 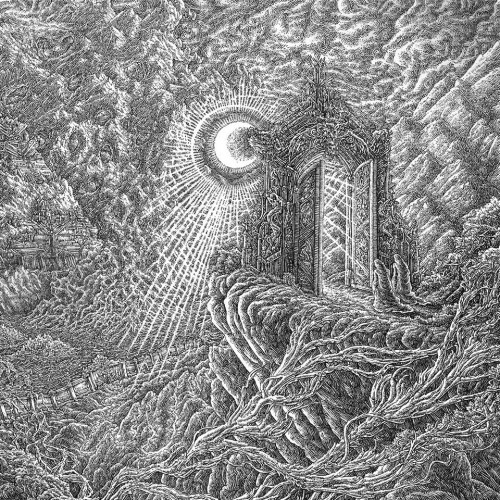 Prosthetic has made available a snippet of music from the new album, which is a very tempting teaser. Listen below.