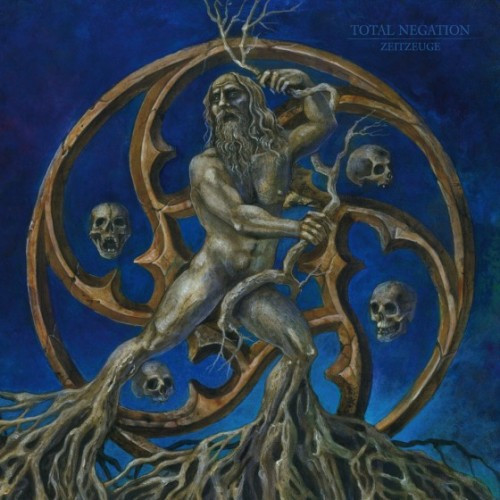 Next month Sweden’s Temple of Torturous will release the third album of Germany’s Total Negation, and to give you a hint of what lies within it, we bring you today the premiere of “Fleuchtling”.

There is no easy way to sum up this long song. It is both a lyrical and a musical narrative, one that unfolds (as the album does) very much like a story — a dark and disturbing story full of changing moods reflected in changes of pace and intensity. A mid-paced rocker at the start, it becomes brooding and eerie, with a spacious interlude pierced with twisted feedback, flickering noises, and the strumming of an acoustic guitar. As the song continues to unfold, bursts of double-bass and blast-beats join with whipping tremolo chords, rhythmic bass lines bound along beneath the reverberation of discordant guitars, and hand drums make an appearance as the song reaches its hallucinatory finale. 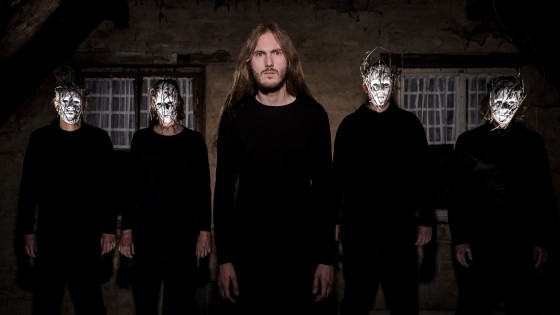 Throughout the song, the band’s sole creator Wiedergaenger delivers the lyrics in an intense, scarring rasp or a deep heartless roar, the intensity of his vocals enhancing the sense that you’re being pushed and pulled along a winding precipice with a chasm on one side and encroaching insanity on the other.

There are moments of warmth in the song and fleeting melodies that shed some light, but the overall ambience is cold, grim, and ravaging. It’s as if you have become captive to a paranoid imagination, with sensations of fear, rage, and delusion conveyed through a distinctive union of black metal, doom, and deathly rock (to mention only a few of the stylistic layers in this multi-faceted piece).

“Fleuchtling” is the kind of music that may haunt your dreams, but if you’re looking for something new that’s well out of the ordinary and very well-crafted, look no further.

The follow-up to the 2013’s Zur Späten Stunde | Zeiträume, Zeitzeuge will be released digitally and on vinyl by Temple Of Torturous on June 16, 2015.