(Wil Cifer offers some thoughts about Graveward, the new album by Sigh.)

One thing that is interesting about Sigh is even though they are based in Tokyo, the band do not employ the Oriental dodecaphonic scale, but pull from a variety of western music ranging from Deep Purple to klezmer. This album opens in a fairly straight-forward metal manner for this band, with a slight leaning toward Emperor as the clean vocals sweep in amidst the twists and turns normally narrated by the more scathing snarls. The clean vocals have a more typical progressive metal vibrato, like something Therion might throw in.

Sigh continue to use a chaotic mix of varied elements, which are sometimes stirred together more smoothly than at others. There are some good metallic moments in the title track, which settled in with me more quickly than the opening song (“Kaedit Nos Pestis”); that one took a few listens to sink in. 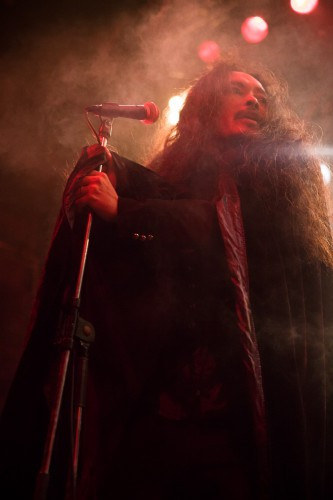 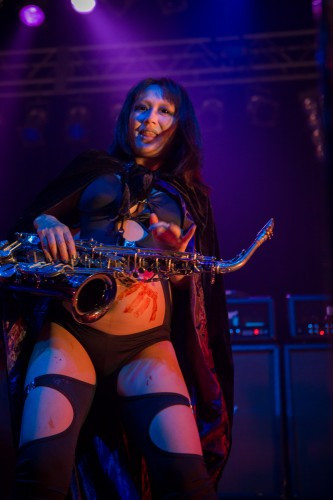 The keyboards coating “The Tombfiller” have a more folk metal majesty to them. The vocals retain the song’s most savage sense, where the clean vocals here are almost too bright for me. The guitar playing continues to be one of the band’s most impressive elements, with the drumming not too far behind. The songs are not long epics but rather concise, considering all of the things being jammed into them. Layers of operatic chorus abound, making this a good album for someone who has outgrown Nightwish.

The lavish experimentation and songwriting reach their balance on ” The Forlorn”, which carries plenty of meat on its bones. The song also reaches down into a darker and heavier place, which is what I like to hear coming from the band.

This album is much heavier than anything Sigh have done since Hangman’s Hymn, so fans of the band’s older work will not feel like they are listening to a Mr. Bungle album despite the weird electronics attacking a song like “The Molesters of My Soul”. Some of the riffs here grind into you more like death metal. The polka metal the band have visited before peeks out slightly in the frantic racing of “Out of the Grave”, but it seems that Mikannibal’s sax exploits are more toned-down on this album.

They hit a pretty powerful chug that collides with some over-the-top vocals on “The Trial By the Dead”.  The thrashy riffs that arrive a minute and a half into the song will compel you to headbang. The heaviness continues its rampage even when it collides into jazz on “The Casketburner”. The piano work on this song is pretty spot on for the styles they are mocking. 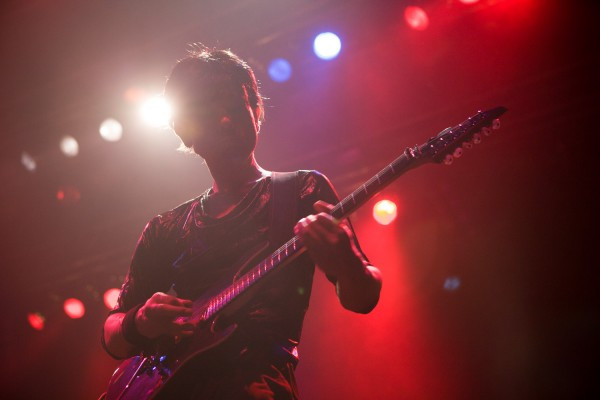 “A Messenger From Tomorrow” has a much different feel from all the other songs on this albums. The slower pacing is the most obvious difference, but the melodic sensibility takes a more dominate role than the aggression that runs rampant on the rest of the album. The clean vocals make more sense and feel better on this song as well. For a song called “Dwellers in Dream”, the final track has more of a rock ‘n’ roll feel to i, and the vocal tradeoff in this song is one of the more effective uses of the harsher vocals.

The song writing as a whole may have been better on a few of the band’s previous albums, but I am glad Sigh are embracing the heavier side of what they do on Graveward.

Graveward will be released in North America on May 5 by Candlelight Records and is available for pre-order here. The album features guest perfrmances from Matthew Heafy (Trivium), Fred Leclercq (Dragonforce), Niklas Kvarforth (Shining-Sweden), Sakis Tolis (Rotting Christ), and Metatron (The Meads of Asphodel).