(Andy Synn devotes his 57th edition of The Synn Report to reviewing the discography of Germany’s Ichor.)

Recommended for fans of: Hour of Penance, Aborted, Carnifex

After last month’s more progressive and atmospheric offering… let’s go for something different this time around, shall we?

Here’s a fun fact: Did you know that “ichor” was originally a term used to describe the golden fluid that served as the blood of the gods in Greek mythology? And that it has, over the years, also been used as as a (now outdated) piece of medical terminology referring to bile, as well as cropping up as a literary reference frequently employed by H. P. Lovecraft?

And did you also know that it’s also the nom de plume of a bruising band of German ne’er do wells who deal in a gut-wrenching, butt-clenching, neck-snapping brand of Death Metal/Deathcore?

Well you do now. 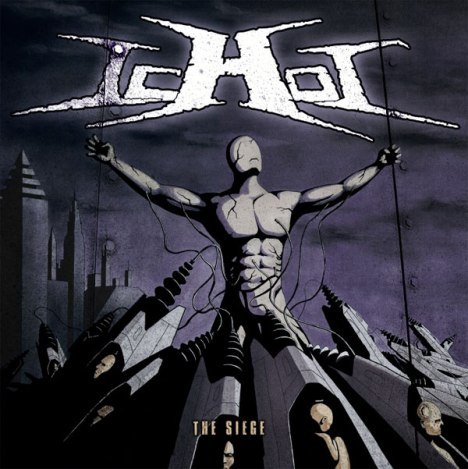 “Suffocate in Ecstasy” starts the band’s debut album with a slight Despised Icon flavour thanks to its frantic pace and nimble, sweeping lead parts, along with a remarkable fondness for dropping in a truly punishing breakdown now and then to bring everything crashing down to the lowest, heaviest, and undeniably compelling common denominator.

Track two, “Beyond the Black Gates”, has a nice line in headbanging groove and brooding dissonance, and continues to showcase the group’s pleasantly nasty and bilious vocal attack, a mix of scarred snarls and hateful mid-low growls that vomit forth a brutal stream of focussed rage and hatred. It’s followed by “Man Without A Face”, a relatively straightforward piece of Deathcore depravity that hammers and blasts and punches with palpable ferocity, despite the slight tinge of familiarity that seems to seep through.

That’s the main issue with the band’s debut – it’s playing in a very well-worn and familiar field. But thankfully they seem more than aware of this. Not only did subsequent albums quickly build off the firm foundation established by The Siege, but their debut itself often manages to get by on sheer energy and undeniable conviction.

Whether it’s the sizzling lead work that infests the pounding “Cut Off Their Limbs”, or the primal and infectious low-slung riffs of the title track, the band take great care to ensure that each song is capable of standing on its own, with its own particular sonic identity, and that everything, even the breakdowns, have a real sense of weight and urgency.

“A Tiny Flavour of Hatred” has some of the catchiest riffs and darkest melodic hooks on the album, erring towards early Black Dahlia Murder territory in places, complete with some pretty irresistible head-nodding, death-marching rhythmic chugging patterns that drill themselves into your brain one palm-muted crunch at a time, while the pummelling rhythmic attack and unexpected technical twists of “Caught in a Deathmachine” swing the needle more towards the Death Metal side of thing, adding hints of early Suffocation to the band’s repertoire of sharpened riff work and implacable, chugging breakdowns.

By contrast the stop-start, blast-and-go assault of “Hypocrisy” laces its foul concoction of harsh, distorted riffery with touches of poisonous melody, particularly during the song’s second half, which leads nicely into the sweep-laden stomp and visceral fury of “This Is My Will to Kill”, as the band close their debut album with a final climactic expurgation of chaos and confusion.

Sample song: “Man Without A Face” 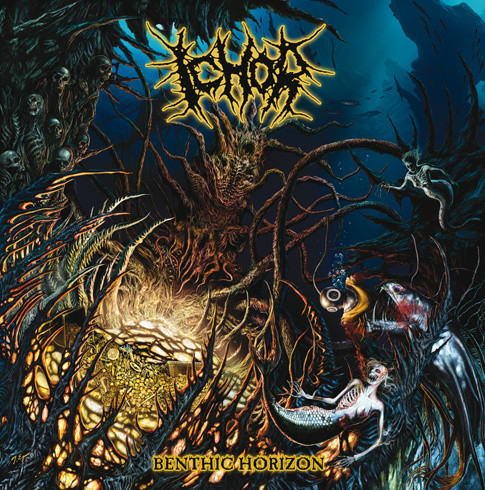 The band’s sophomore effort kicks off with the double-tap depravity of “The Gorgon” and “Barotrauma”, mangling and macerating your eardrums with a monstrous array of frenzied blast-beats and high-impact riff hammers. Barbed with savage hooks and as heavy as hell unleashed, the two tracks offer no quarter and show no mercy, while also managing to showcase the band’s impressive grasp of subtle melodic menace at the same time.

Suffused with shades of both Aborted and Suffocation, “Conquest of Darkness” is Deathcore at its best and most Death Metal…y… by which I mean it absolutely devastates from the moment it starts, unleashing an utterly monstrous vocal performance and a tangled torrent of whiplash-inducing riffage without an ounce of remorse or restraint.

It’s followed by the demoniac intensity of “The Wreckage”, whose low, bone-grinding riffs and gatling-gun blast-beats hit you with almost physical force, and the pump-action rhythmic attack of “Among the Swarm”, which laces its pounding heaviness with sweeping, needle-toothed lead guitar melodies and one final, humongous climactic breakdown.

“More Victims” is a lethal riptide of down-tuned Death Metal aggression, berserker blast-beats, and primal Deathcore spite, replete with some of the album’s tightest, most crushingly heavy riffage and viciously guttural vocals. It actually makes follow-up “The Depth Within” sound almost primitive by comparison, yet over time the song proves itself to be just as vital and visceral as anything else on the album, leaving a fresh batch of jagged scars and blossoming bruises behind it.

The piston-powered riffage and coldly calculated solo that introduce “The Deepest Blue is Black” are a perfect set-up for one of the album’s best and most distinctively melodic tracks, a patient, prowling monster of truly bestial vocals and syncopated guitar/drum violence that goes for the slow, deep burn, rather than the instant gut-level gratification of its predecessors, whilst also providing a showcase for some of the band’s darkest and most evocative lead guitar work.

The whole thing climaxes with the spine-snapping brutality of “Possessor of Soil”, a blast and burn assault on the senses that grabs you by the throat and chokes you to within an inch of your life with a merciless procession of sadistic breakdowns and ballistic blastbeats, all designed to leave you a broken, quivering shell of a human being (in the best possible way). 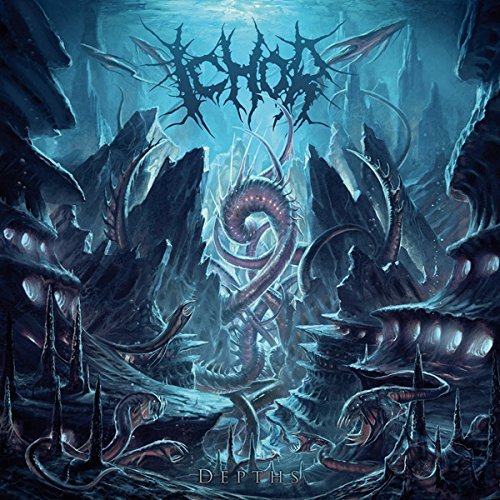 Following the eerie introduction of “Deep Rising”, “Apophis” erupts like a veritable depth-charge (pun intended) of humongous riffs and shockwave drumming, delivering 3-and-a-bit minutes of pure, unrelenting aggression, which paves the way for the seething guitar work and menacing atmosphere of the Hour of Penance-esque “Ra´iroa”, a battering-ram bombardment of earth-shaking power-groove, skittering, tech-tinged tumult, and face-melting vocal napalm.

The booming, ominous intro to “While Giants Sleep” soon gives way to a tectonically heavy chugathon of brutal proportions, topped off with some truly vehement and pulse-poundingly angry vocals (as well as a touch of gleefully evil melody). It’s followed by the pneumatic jackhammer assault of “The Beasts Approach” which kicks in hard and heavy and doesn’t let up for almost four minutes, delivering waves of annihilating blast-beats, ravenous vocals, and some beautifully dark solo work along the way.

The flagrant blasturbatory abuse of “The Heretic King” delivers a whirling maelstrom of punishing Death Metal power and searing hooks straight to the pleasure centre of your brain. Its madcap sonic terrorism is broken up by interjections of swirling lead guitar, slippery, slime-encrusted bass-lines, and neck-snapping rhythmic chugliness, softening the listener up for the abrasive and ominous “Leviathan”, which swathes its constricting tremolo runs, churning riffage, and titanic chord progressions in a shroud of oppressive atmospherics and slowly-building horror.

The crushing pressure of “Deny Your God” – guillotine chords hanging threateningly above juddering riffs and bone-crunching kick drums, while scuttling patterns of lead guitar creep and crawl and aneurysm-inducing vocals rage against the dying of the light – is followed by the slithering sedition of “Desire of the Depth”, where darkly dreaming bass lines coil and twitch like tentacles beneath a pall of bleak, claustrophobic chords, bruising riffs, and stark, haunting melodies.

The album’s finale starts off its unholy life as a slow-moving leviathan of fearsome chords and threatening atmospherics, but soon enough gives way to a visceral torrent of venom and hatred, backed up by salvo after salvo of explosive blast-beats and utterly murderous riffs, culminating in fantastically doomy outro of crushing, inexorable darkness.

One Response to “THE SYNN REPORT, PART 57: ICHOR”