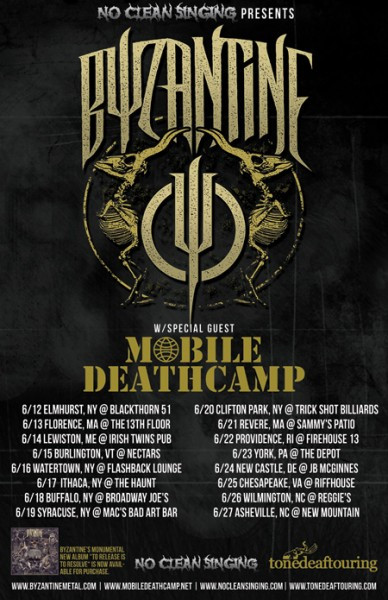 We’re stoked to help spread the news that West Virginia’s Byzantine are hitting the road again on a new NCS-sponsored tour that will bring their unique brand of heavy metal to lucky fans up and down the East Coast in June. Joining the band for this new rampage will be some speed merchants from Toledo, Ohio — Mobile Deathcamp.

Long-time readers of our site will be quite familiar with Byzantine because we’ve been writing about them virtually non-stop since the day in January 2012 when they officially announced their resurrection after splitting up in 2008.  But at this point it would be tough to find any metalheads with good taste who don’t know about Byzantine. Their new album To Release Is To Resolve is one of 2015’s true highlights, and now lots of people are going to get the chance to hear the music live — along with choice cuts from throughout the band’s discography.

We asked frontman Chris “OJ” Ojeda for his thoughts about this new tour, and here’s what he told us: 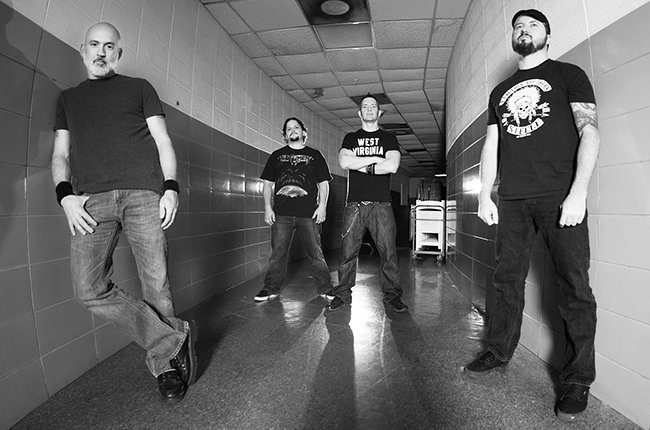 “We are extremely excited to be hitting the road with Todd Evans and Mobile Deathcamp! It has been over 8 years since we have played the New England area and we can’t wait to meet our fans, new and old. We will be performing songs from all 5 Byz albums. It’s gonna be a fun 2 weeks!”

The new tour begins on June 12 in Elmhurst, NY, and runs through June 27, with a closing performance in Asheville, North Carolina. Get all the dates and places from the flyer at the top of this post (click the image to view a larger version).

Check out two official videos from To Release Is To Resolve below — including a new lyric video for “You Sleep, We Wake” —  and pick up the album here.

4 Responses to “TOUR ANNOUNCEMENT: BYZANTINE ARE HITTING THE ROAD AGAIN!”