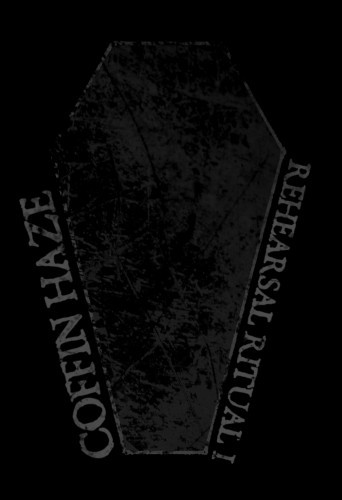 So let’s start with the deathly surf rock. I have no idea who is in Coffin Haze or precisely where they’re located (other than somewhere in the UK) — and believe me, I’ve done some looking. The only reason I discovered them at all is because Caligari Records is going to be releasing their debut demo on tape later this year, and I happened to see a post about it on Caligari’s Facebook page. (In fact, I discovered all of the first three bands featured in this post through Caligari’s Facebook page.)

Coffin Haze first released Rehearsal Ritual I last fall on Bandcamp, where it can still be downloaded for “name your own price”. It consists of five songs, and I’ve had the most hellacious fun listening to them. The music is lo-fi, fuzzy and filthy — which is part of its attraction — but the surf riffs and the rambunctious drumming come through loud and clear, and they’re awesome, as are the acid-bath vocals (and chants in the final track). But this isn’t just a rendering of surf rock with distorted production, tremolo leads, and black metal vox. The melodies have a certain grim and ominous aura, in addition to being catchy as fuck. In a word: Coffin Haze is brilliant.

P.S. The most inventive, multifaceted track is the last one. And is there a mellotron in that song? 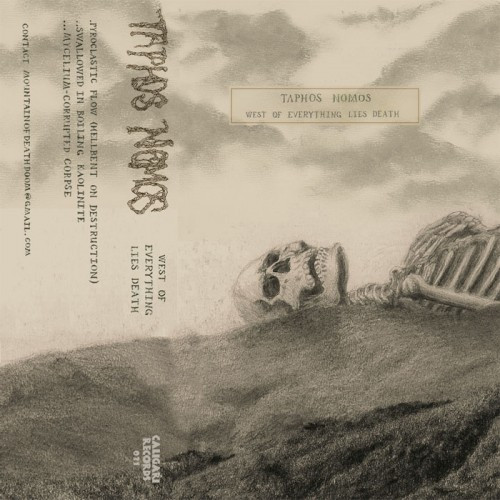 Taphos Nomos are a new Pittsburgh-based band whose debut album was released on tape by Caligari Records in April. This is another album whose title was a big part of what made me stop and listen: West of Everything Lies Death. It’s a three-song, 24-minute collection, and the song titles intrigued me as well: “Pyroclastic Flow (Hellbent on Destruction”; “Swallowed in Boiling Kaolinite”; and “Mycelium-Corrupted Corpse”.

In the interest of full disclosure, I suppose that this music is more in the vein of death metal than black metal, but there are more ingredients in the music than just elements of those two genres. There’s some d-beat punk, some riffs in the first song that remind me of surf rock (or maybe it’s just because I listened to it right after Coffin Haze), some ghastly doom metal crawls, and more. You’ll find grisly, occult melodies; rocking rhythms that will make you move; eerie keyboard ambience; torrential assaults of transfixing tremolo guitar and blasting drums; completely crushing hammer blows; and monstrously deep roaring, gravel-throated growls, impassioned howling, and even some clean vocals.

The music segues seamlessly from high-voltage romps to melancholy dirges, from frenzied satanic disembowelment to spine-jarring stomps. It’s ambitious, creative, really well-written, and beautifully performed. Can you tell that I’m super-impressed by this?

P.S. This album has all the earmarks of something created by experienced musicians, even though this band is a new one — but I haven’t yet discovered anything about the resumes of these people, who identify themselves solely by pseudonyms. 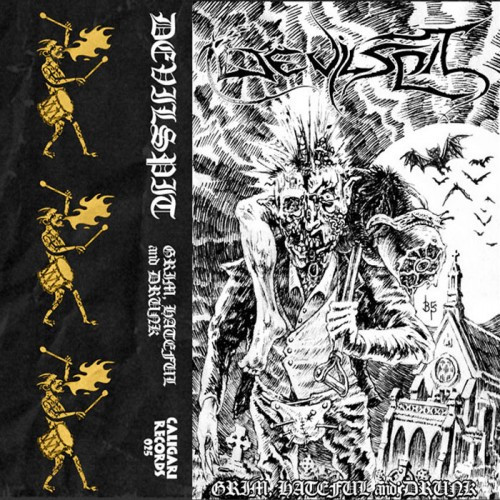 Three things immediately attracted me to this next release. First, the name of the album is Grim, Hateful and Drunk. Second, there’s a song on the album named “A.R.B.P.M.” (Alcoholic Rural Black Punk Metal), which may be the best metal sub-genre label ever created. Third, the band’s name is Devilspit (a friend of mine immediately started clamoring for a tour with Angelspit).

Devilspit is the one-man project of Körpserizer from Brest, in the Brittany region of France. This is Devilspit’s second release, and it was issued on tape by Caligari in late March (though it’s also now available for download on Bandcamp). I confess that I haven’t yet listened to the whole album. What heard (and saw) was a video for that song “A.R.B.P.M.” The mid-paced thumping beat and punk-y riffs are stripped-down but damned infectious, and the rancid vocals are pleasingly feral — and alcoholic.

The “A.R.B.P.M.” video is below, along with a stream of the whole album (which I’ll be listening to in full real soon). 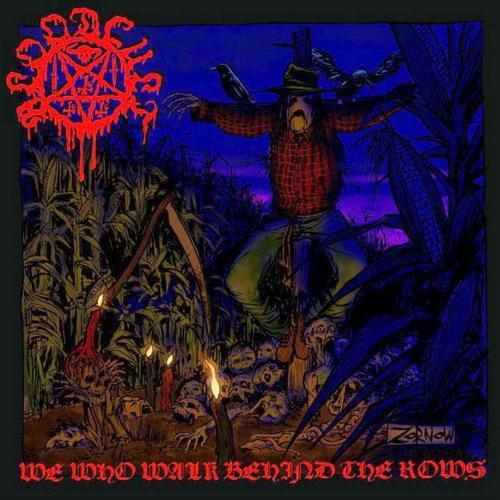 Here’s how I found this next band: I was so taken with the idea of Alcoholic Rural Black Metal becoming a recognized metal sub-genre that I posted about the idea on Facebook, along with a link to the video for that Devilspit song. One of my FB friends responded with a link to the next song in this collection, which is called “Redneck Black Metal” (thank you KK). It’s from an Illinois band named Blood Cult, whose music I hadn’t heard before, despite the fact that Metal Archives says they’ve been around since 1995 and have issued 26 releases since then.

The song comes from the band’s first full-length, a 2005 album entitled We Who Walk Behind the Rows (which can be streamed in its entirety here). And yes, there is indeed a logic to the name of the song — it would also do quite nicely as a genre descriptor of the music. “Blackabilly” is another genre descriptor that I saw for this music, and that works, too. Before the song ends, it moves into a driving, headbangable rhythm that provides the foundation for a fuckin’ cool extended guitar solo — so definitely wait for that.

P.S. After writing this, I visited the band’s Facebook page, just to see what’s happening with them currently, and it turns out the answer is nothing — because the band seems to be no more — though one of its members turns out to be involved in another project that I have plans to write about soon.