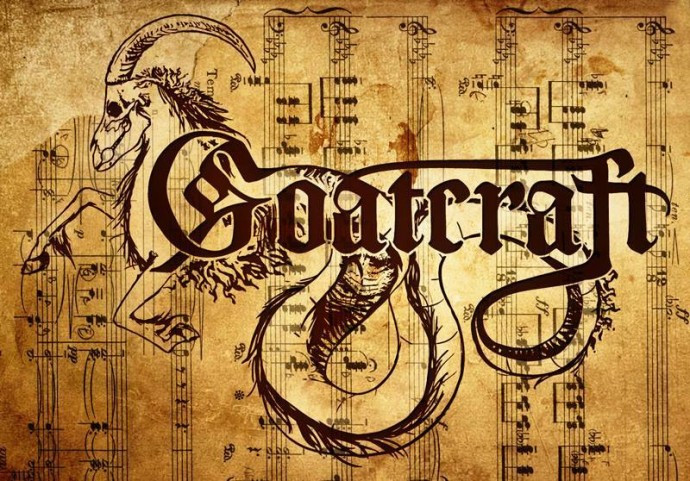 Over the last week I came across a lot of music I thought was worth sharing that could all loosely be labeled “black metal”, so much music that I’ve divided this collection into two parts (Part 1 is here). Part of what interested me in all this music was the diversity of the sounds. In some cases, the main connection to the label “black metal” is simply the spirit I sense in the songs, and in other instances simply the presence of certain musical elements in combination with others that aren’t typically associated with this increasingly amorphous genre.

And so, some of what you’re about to hear in this two-parter may be quite different from what you’re expecting, but I thought it was all very good and I hope you enjoy it.

I haven’t written about this one-man project from lovely San Antonio, Texas, since the spring of last year, when I repeatedly featured tracks from Goatcraft’s last album The Blasphemer — as well as Lonegoat’s answer to this question (which I still find remarkably perceptive and eloquent): “What in your opinion are the essential elements – instrumentally, emotionally and philosophically – that comprise the heart and essence of Metal?” (reprinted at the end of this post).

In the intervening year it appears that Goatcraft wrote and recorded music for a new album to be entitled Yersinia Pestis (named for the infamous plague bacterium) — and then discarded almost all of it because, in his words: “The original songs did show an improvement upon last album, The Blasphemer, but not enough for me to be proud of it. I’ve outgrown the material.” And consequently, he will spend the coming months rewriting the music.

Two pieces, however, did survive the culling, and Goatcraft uploaded them to YouTube recently. The names of these, which go hand-in-hand with the new album’s title, are “Weeping Buboes” and “Mortality Is Inevitable”. If you’re unfamiliar with Goatcraft, I can’t do better for a genre description than Lonegoat’s own term: “Necroclassical”. I’m not nearly well-schooled enough in the techniques of musical composition to give this combination of effects-laden piano and synthesizer music an intelligent assessment. So I’ll just say the music is fascinating, and leave it at that. (These songs, by the way, are quite different from each other, the second more astral and modern than the first, which has a more baroque and ecclesiastical air to my untrained ears.) 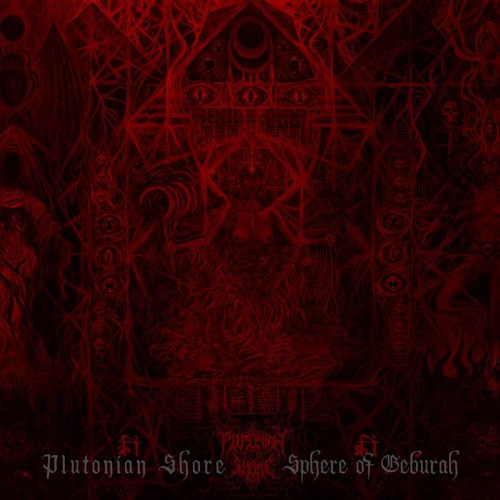 I discovered this next song thanks to a Facebook post by the man behind Goatcraft. Plutonian Shore are also from San Antonio, and their releases to date (per Metal Archives) include two albums, the last of which was 2012’s Lunar Rites. They’ve recorded a new album named Sphere of Geburah, which features sublime cover art by Joseph Curwen. The first of the new tracks was only uploaded to Soundcloud for streaming within the last 24 hours, and it’s really damned good.

There’s a lot to like about “The Burial and The Liberation”, from the pestilential riffs to the piercing tremolo leads to the utterly poisonous vocals. But as transfixing as all those ingredients are, I have to say that the snare-heavy drum attack is grabbing me as much as anything else.

The notes to the Soundcloud stream say that the song was recorded live, and it definitely has the immediacy and fiery power of an impassioned live performance.

I haven’t yet seen any details about how or when the new album will be released — it seems the band are still in search of a label — but I’ll be watching for it attentively. 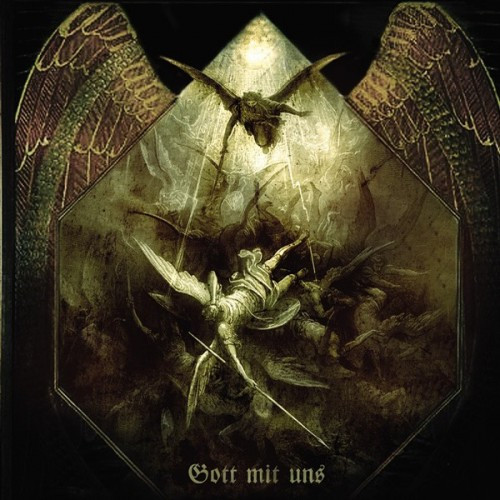 The name of the song is “Thy Will Be Done” and it comes from an album named Gott mit uns, which was released in 2012 by an Austrian band named Kreuzweg Ost (which includes Michael Gregor from Summoning and Amestigon).

Before hearing the song, I was completely unfamiliar with this band, but I’ve been exploring other songs from this same album since then, and it’s a fascinating new discovery. Yet this song in particular has really hooked me. Though it’s more than nine minutes long and consists of little more than a single repeating percussive loop with synthesized orchestral instrumentation and assorted vocal samples, I’ve come back to it half a dozen times in the last two days. There’s clearly some kind of subliminal programming going on here (in my head, as well as in the music). I think I’ve been hypnotized by it. 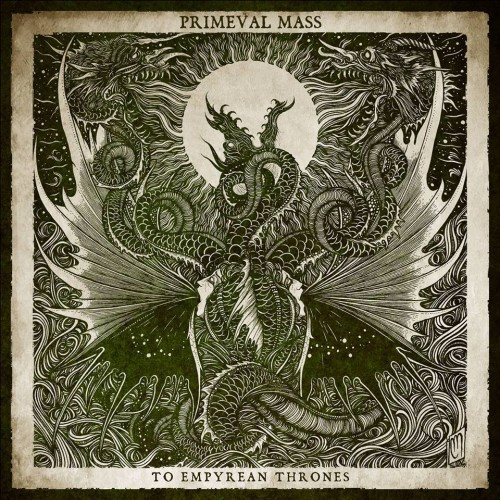 To close out this two-part collection of new and newly discovered music, I bring you an advance track from the forthcoming third album by a Greek black metal band named Primeval Mass. Primeval Mass seems to be the solo project of a musician and vocalist named Orth, who is also a member of Eschaton. The name of the new album is To Empyrean Thrones, which is blessed by fantastic cover art created by Karmazid. The new song (which premiered last month) is “For Astral Triumphs”.

The song alternately blazes and rocks. At its core is a riveting melodic riff that appears early and then sinks its fangs in your head every time it appears — but the song is really a treasure chest of riffs, one jewel after another. When the music accelerates into a white-hot fury, it’s a mainline injection of pure adrenaline, but its’s just as gripping when it courses like shimmering streamers of lights. The inflamed vocals — a combination of demonic barking and head-back howls — are a perfect match to the molten, cyclonic surging of the music. Fantastic!