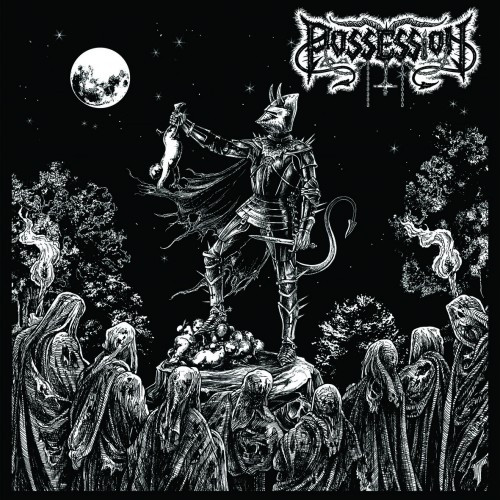 “Belgium’s Possession are moving from strength to hideous strength. They began precociously with their 2013 demo (His Best Deceit), took forward steps with their 2014 EP (Anneliese — reviewed here), and have made even more progress with their second EP, 1585-1646. Equal parts morbidly atmospheric and  rifftastically raging, it’s an unholy union of black, death, and thrash metal that’s well worth adding to your musical arsenal.”

And that’s how I began my review of 1585-1646 in the middle of last month. I heaped more words of praise on top of this blazing pyre of music, but the main point of this post isn’t to see my own words again (no matter how thrilling that may be), it’s to let you hear another new song from this EP. 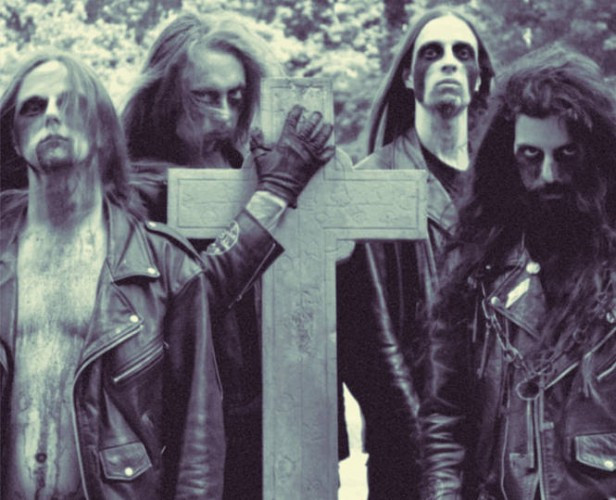 Oh what the hell, here are some more of my words:

“Possession have reached back in time and locked arms with the spirits of early Bathory, Venom, and Motörhead (among other revered progenitors of Satan’s rock ‘n’ roll), while giving their thoroughly evil-sounding music some modern burnish (and benefitting from the production quality on this EP). There are some truly killer riffs and hooks in this new collection of songs, but the band are also becoming equally adept at surrounding their assaults with an aura that’s palpably sinister and forbidding. Without losing their feral edge or diminishing the stench of sulphur that has always surrounded their music, Possession’s ambitions are carrying them forward to new heights. They remain a band worth watching closely.”

As you can tell, I’m very high on this band and on everything they’ve done so far — but this EP is their best work yet.

The song we’re bringing you today is “Ceremony“. It begins with the sound of a booming drum and jagged riffs, a mid-paced introduction that reinforces the ominous atmosphere of menace — and then it explodes in a hellish frenzy, like flames leaping in a bonfire. But Possession switch things up, progressively rocking and stalking, before ramping up again in a swarm of urgent, writhing riffs at the finish.

And so you have the context for this song, here’s a description of the concept behind the EP, which was based on the historical case of a woman named Adrienne D’Heur, who was burned as a witch:

Through these four tracks, Possession tells the story of a witch who lived in France between 1585 and 1646: on “Obscurity,” an intro sets the crucial medieval atmosphere; with “Visitation,” the future witch receives the visit of the Devil, who offers her a pact she accepts; on “Ceremony” comes the Sabbath; with “Guilty,” the Inquisitors hunt the witch, catch her, and torture her to make her confess; and at last, on “Ablaze,” the Inquisitors burn the witch.

1585-1646 was recorded at Blackout Multimedia in Brussels by Phorgath of Enthroned/Emptiness. The cover art is by Thorncross (Chris Moyen). It will be released internationally on June 6, 2015, with Iron Bonehead handling the vinyl pressing and Invictus Productions releasing the music on CD (rumor has it that the CD will include the two Anneliese tracks as bonus material). After the links, check out “Ceremony” — and if you missed the first song that premiered from the EP, I’m including that one below as well.