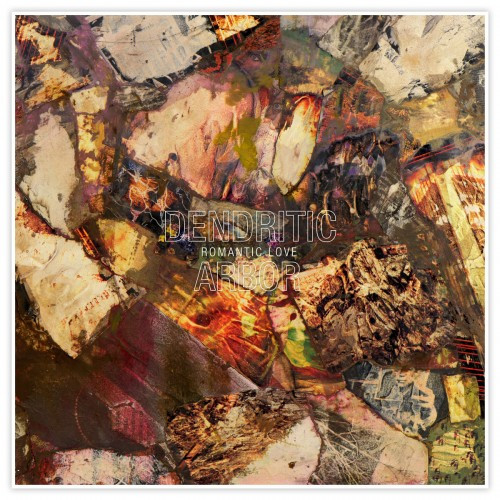 (Austin Weber reviews the new album by Dendritic Arbor, which is out as of today on Grimoire Records.)

Both black metal and grind share quite a bit of common ground when you think about it; both styles revolve around creating ugly fucked-up music that traditionally lacks any sense of conventional melody, but more importantly, are the two styles of metal most often referred to as “noise” by people who aren’t fans. While black-metal-infused hardcore/grind/etc has become quite a thriving trend these days, up until now I never felt impressed by almost all of it, save for last year’s Plebeian Grandstand record and very few others. However, when I first heard of Dendritic Arbor last year courtesy of their track “Genie” through Islander, I knew these guys were something special, a band who had finally married the two styles in a way that benefits both, and more importantly as creators with their own unique compositional style. Their sarcastically titled new record, Romantic Love, is one of the best albums you’ll hear this year. I goddamn guarantee it.

Romantic Love starts out entrenched in hellfire and contempt for all life with album opener “Murmuration End”, a merciless patchwork of blackened sonic plagues and thundering, complex grind, schizophrenically fighting each other for control of the song’s direction. This is a trait common to many of their tracks — switching from grind-fueled black metal, to black-metal-fueled grind. I’ve yet to hear anyone else do it as well or as memorably as Dendritic Arbor. 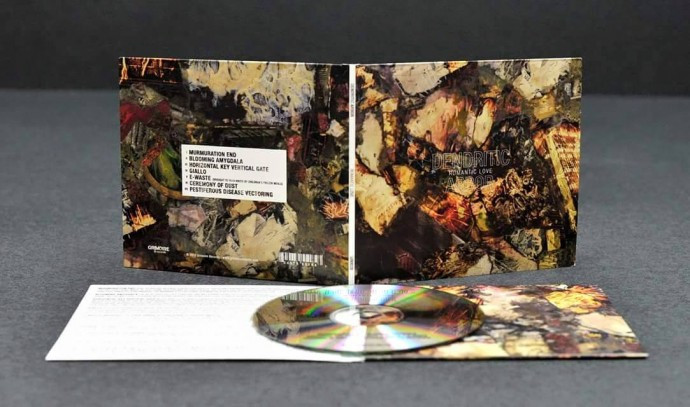 The band’s significant and eerie noise element pops up from the first track onward as well, with “Murmuration End” fading out in a fucked-up soundscape, courtesy of Fuck The Fact’s Topon Dos. This unsettling yet sometimes trippy noise element then carries over into the intro on the next track, “Blooming Amygdala”, a track name that is a bit of a misnomer as the only thing that blooms from it is death and despair. (All told, seven different noise artists contributed their talents to the album, and Dendritic Arbor adroitly mixed their creations into the music in compelling fashion.)

Moving on to track three, “Horizontal Key Vertical Gate”, the band employ sparser drum beats and a doom-like atmosphere to create music that swallows you whole in a totally different way, the black metal croaked vocals and atmospheric backing voices of the damned combining into a force of spectral madness that’s impossible not to be entranced by — although later on there are some fierce grind bursts and more interesting noisescapes that close out the song. I’d like to point out I’m not a fan of noise, or most metal bands with this kind of influence, but I really enjoy how it’s used here to link the music together and also to act as interesting interludes in the process.

Next comes the album’s most compact track, “Giallo”, which delivers a sonic beatdown akin to willfully stepping into the grave. It’s only fitting that following the shortest track would be the album’s longest, “Ewaste”. A sprawling eight-minute affair touched up with more doom flourishes and a multitude of dreary riffs, it exists in the shadows of a universe in which humanity could never possibly thrive. After it’s initial frenzy, “Ewaste” takes on another form and becomes possibly the most hypnotic and mesmerizing noise interlude of the album.

The band wastes no time getting right back to sonically torturing you on “Ceremony of Dust”, whose chanted vocal refrains and esoteric chilling riffs give me goosebumps while making me fear for my life.

Finally, the album ends on the wickedly titled “Pestiferous Disease Vectoring”, a final aural bout of the plague that exists only in the hope of killing off all those who’ve made it this far into a record abounding in nightmarish qualities and dimensions.

If you pride yourself for your love of truly fucked-up metal records, the kind that reflect the depravity of both human nature and the world at large, you’re going to want to get your hands on Romantic Love. This album is nothing short of remarkable, for beyond its boundless chaos and hatred lie so many memorable moments that stick with you and will keep you coming back for more replays. Just buy this thing already.

Also, having seen them live, I can further assure you that you’re going to want to catch them in such a setting if they ever roll through your area — although if you do so, don’t expect to return home at all; the experience may very well nearly kill you, as it did me. If you want to hear a glimpse of the future, tune in to Romantic Love, and say no to everything.

Romantic Love is out now on Bandcamp, where it can be ordered on limited-edition gatefold CD and cassette, as well as downloaded: