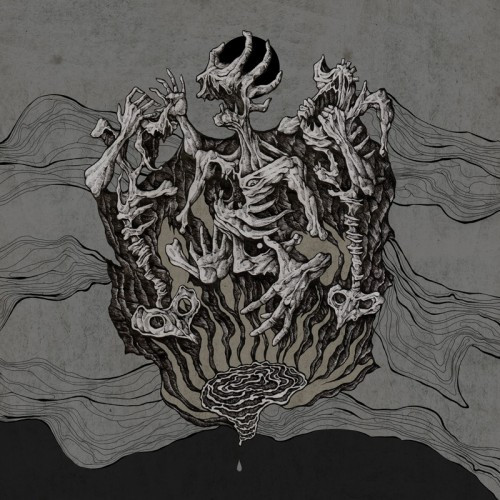 Following the release of two well-received EPs in 2010 and 2012, Scotland’s Haar have recorded an hour-long debut album that is being released by the Italian label ATMF.  The album’s name is The Wayward Ceremony, and we’re bringing you a full stream of all seven songs.

When I see that an album comes with cover art by Costin Chioreanu, I presume the music is going to be good. This may not be logical, but it turns out to be a completely valid inference in the case of The Wayward Ceremony. 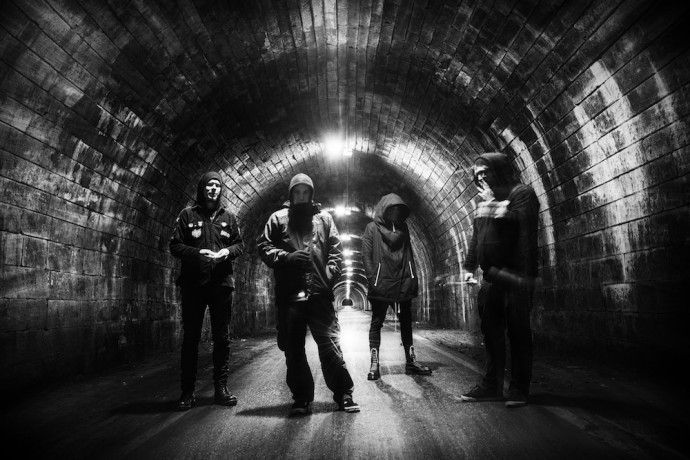 If you had to force the album into a genre category, I suppose black metal would be the name of the game, but the album resists simple classification. Atmospherically, it is unquestionably dark and threatening, casting an aura of horrors hidden in the shadows and the relentless approach of an all-consuming hunger. And there are bursts of ravaging black metal aggression, complete with blasting drums and raking/jabbing riffs.

The vocalist, whose words are quite decipherable, also comes across as a demonic presence, his predatory growls and clawing howls seemingly capable of etching glass (or at least shattering it into cutting fragments).

Yet the music is mainly mid-paced, and even dirge-like at the end, and it’s as intricate and “progressive” as it is bleak and savage. The drumwork is unusually inventive and varied, and the guitars spin out one mind-warping slice of thorned tracery after another, with an emphasis on otherworldly dissonance. Even when the unsettling thunder of the sound subsides, as in the instrumental segment near the end of “The Burden of Perdition”, the music has an esoteric, even hallucinatory, quality.

And speaking of thunder, the songs have a deep, bone-rattling undercarriage, thanks to a massively heavy low-end presence. For that matter, the production has provided clarity and chilling power to the sound of the music as a whole.

Most of the songs are long ones and stand on their own quite well in isolation. But this is still an album best heard in a single sitting, giving it full sway with your mind and emotions — no matter how much the experience may threaten your stability and sense of well-being. It’s completely engrossing.

The Wayward Ceremony in a jewelcase CD edition can be ordered now from ATMF’s online store (here), and will soon become available digitally via the Bandcamp link below.

One Response to “AN NCS ALBUM PREMIERE: HAAR — “THE WAYWARD CEREMONY””