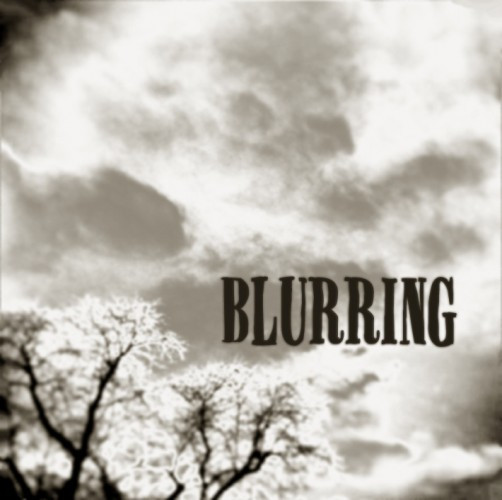 (Austin Weber reviews the debut album by Blurring, which features a lot of impressive veteran names in the line-up.)

While we are only now entering the fifth month of 2015, it’s already been one hell of a year for what I would dub sophisticated and or eclectic grindcore — from Theories’ debut, to the new Oblivionized, the new Antigama, the new Cloud Rat, and the just-released album Romantic Love by Dendritic Arbor. That alone is more cream-of-the-crop grind then we are typically graced with in a single year! While my eardrums are already thoroughly decimated by all these impressive grind releases, there’s another band called Blurring who are right up there at the top as well. Fans of our site may remember I last wrote about Blurring last year, and I’ve been anxiously waiting for the band’s self-titled debut ever since.

The band is a by-product and reflection of the famed and rightly lauded Rochester, N.Y., grind scene, and their line-up is jaw-dropping, with people from many of the best grind bands ever, period. First you’ve got Dan Lilker, who played in Brutal Truth and Nuclear Assault, among others. Then you’ve got two former guitarists from the almighty Kalibas, Scott D’Agostino and Matt Colbert, plus drummer Eric Burke (who is also well-known as a guitarist) of Sulaco/Lethargy fame, along with countless others. And the group is rounded out by vocalist Mark Weldin, who used to play in a band called Warblade.

When you have a band with as much pedigree as these guys have, the end result is likely to be terrifying, in the best way possible of course. But enough of me drooling over the awesome absurdity of their line-up, let’s get on to the music.

In a certain sense this debut, self-titled record offers a complex assault on the senses that sounds like the logical spiritual successor to what Kalibas so brilliantly churned out in gut-wrenching fashion. If you don’t know Kalibas, shame on you. By successor, I mean they deal in dark, fucked-up riffing of a dissonant and death metal sort, yet the music they deliver doesn’t fit into the paradigm of deathgrind at all. In fact, it’s grindcore through and through, just evolved and weirder, somehow less approachable, which is odd in a genre like grind that already prides itself on giving no fucks about what listeners want.

The opening noisy intro to “Years Later” sets the proper tone, sounding like lightning building up, awaiting the chance to disperse its lethal energy. Beyond their unique riffing and the absolutely phenomenal drum performance of Erik Burke, one of the things you’ll notice from the very beginning is the deranged vocal performance of Mark Weldin. He sounds like Jeff Walker, if Jeff Walker swallowed glass and performed each vocal line while spewing blood out his mouth. His absolutely disgusting performance adds a lot of menace and terror to the record.

From there, “Terminus and the Wing” takes flight and pummels you to death. The band released “The Devil I Know” early as the album’s single, and for good reason. Its a hellraising affair that the devil himself would be fond of. If you end up surviving that, you’ll be graced with the album’s only track under one minute, “Like Wolves”, an ode to irritation and dreamed-of death wishes.

The band take a somewhat meatier, heftier turn on follow-up “Terminus and the Flame”, although that doesn’t last long as it swiftly drops into a mine-field of razorwire riffing, frantic bass lines, manic drumming, and acidic vocals. The heavily dissonant nature of “Uco Gets a Gun” at times sounds like deranged black metal gone grind, and I love every second of it.

The album’s lone instrumental comes next. “Rape Van” is not exactly an inviting title, but hey, this isn’t inviting music per se anyways. The track is used more to expand the dark tone of the album than to show what the band could hypothetically do sans vocals. Next comes arguably my favorite from Blurring, the superbly titled “Thirteen Versions Of Yesterday”, a desperate hymn to decay that unites under a lyrical concept we all succumb to.

Next comes “Utica Crib”, and its spastic grimness sounds so deliciously evil. Finally, the album closes with “Faces Replacing Faces”, a final surge of strength and an ending face-smasher that sees the band annihilate all life up until the very end of this taut and unhinged record.

With this debut album, Blurring have crafted a unique brand of grindcore that is pure murder music. It’s written more like a black/death crossbreed fueled by out of control drumming, but in the end it grinds like a death machine and dream-killer all in one. This has to be one of the most fucked-up and virulent grind records I’ve ever heard, truly deranged and evil shit. Yet within its world-weary and bleak depths, something about it is strangely quite lovely, if you appreciate the beauty in calculated chaos.