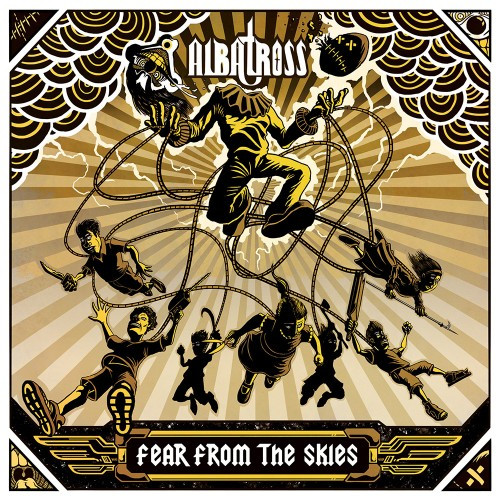 I can’t see you but I know you probably have a confused look on your face, or you soon will. “No clean singing” isn’t an accurate description of the song by Mumbai’s Albatross that we’re about to premiere from their debut full-length Fear From the Skies. With rare exceptions, the singing in “A Tale of Two Tyrants” is all clean; vocalist Biprorshee Das even occasionally reaches for the skies in falsetto fashion. So what are we doing with “A Tale of Two Tyrants” on our site, besides confusing people? Well, I’ll tell you.

Because “A Tale of Two Tyrants” rocks really hard. Because the song is built on a foundation of head-snapping riffs and compulsive rhythms that will get you moving. Because there are mind-bending, arena-ready guitar solos in the song by the band’s trio of guitarists that will put a smile on the coldest face. Because as much of an immediate grabber as the song is, it tightens its grip even more as it unfolds, even when it slows near the end into an earth-shaking stomp. Because Albatross do traditional heavy metal very well. 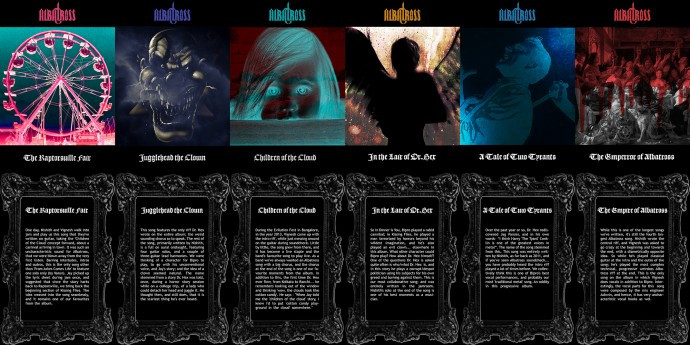 And while Biprorshee Das comes from the King Diamond school of vocalization, he does throw in some barbed-wire snarls, too. But I don’t mean to suggest that his voice is a drawback to be overcome — far from it. I’m a died-in-the-wool lover of harsh vocal grotesqueries, and his vocals have even grown on me the more I’ve listened to this kickass song.

Speaking of King Diamond, Albatross are also drawn to telling horror stories, which are reflected in the song’s lyrics, and care has been put into the packaging of this release as well. There’s a fan-pack bundle for the CD version of the album that includes (in addition to a shirt) a series of “story cards” that are visually connected to the’ lyrical concepts in six of the album’s eight songs and also provide background on each track’s creation.  A photo of them is above.

Two other songs on Fear From the Skies are available for streaming on Bandcamp, and if you listen to them you’ll find out that Albatross can do more than crank out hard-hitting “traditional” heavy metal. They use their abundant technical skill to add an array of prog-minded and atmospheric flourishes while churning out some very tasty skull-splintering grooves. We’re including the Bandcamp player below our song premiere.

At that same Bandcamp location the album is available for pre-order from Transcending Obscurity India; the album will be released on May 20 and will be shipped worldwide without additional charge. Here’s the link:

9 Responses to “AN NCS PREMIERE: ALBATROSS — “A TALE OF TWO TYRANTS””