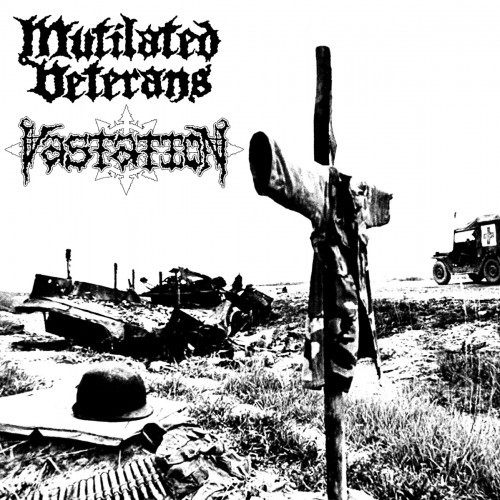 Last month both Portland, Oregon’s Vastation and Mutilated Veterans from A Coruña in the Galicia region of Spain uploaded to Bandcamp one of their respective contributions to a vinyl split that will be released this summer in extremely limited quantities by Morbid Reality Records. Both songs will kick your ass so hard that you’ll be shitting from between your shoulder blades after you hear them.

Vastation’s track is “Don’t Uphold Their Law”, and you can download this one from Bandcamp. It’s thoroughly caked in grime, a polluted monster-machine of hammering/slashing/vibrating riffs, voracious roars, and knee-capping drumwork that’s a sure-fire adrenaline trigger. A second Vastation track will be included on the split when it’s released.

It appears that Mutilated Veterans have two tracks on this split. The first one is named “Armageddon”, though it isn’t up for streaming yet. The second one, which is embedded below, is a cover of a song by Parálisis Permanente named “Un día en Texas”. It’s a d-beat marauder, more of a rumble than a rampage, but it will make you want to move, and the vocalist bellows like a demon bull. 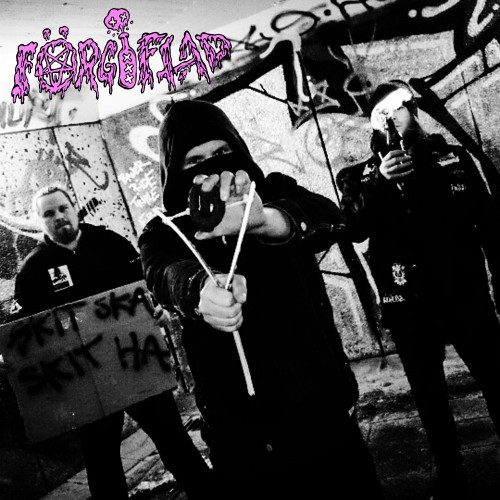 I discovered this next band via a recommendation from a Facebook friend. They’re a Swedish three-man group of head-wreckers who released a debut 7″ named Megalomaniacs Inc last August (via Phobia Records) and have now recorded a debut album named Skit Ska Skit Ha. I’m sure that title has meaning, but it’s one that seems to have defeated Google Translate, which renders it in English as “Shit Will Fuck Ha”. Or maybe that’s exactly what it means.

(Since writing the original version of this post I’ve learned that the title is a Swedish expression that pretty much means: shitty people eventually get shit themselves.)

Anyway, two songs from the album are up on Bandcamp now, “Mannen med de gyllene håret” (allegedly “the man with the golden hair”) and the title track. Both of them are turbocharged blasts of catchy-as-hell punk riffs, with dynamic rhythms and acid-spewing vocal vitriol. These dudes burn like a gasoline fire and kick like a mule, but they also write really infectious songs.

Both the two new tracks and the Megalomaniacs Inc EP are available on Förgiftad’s Bandcamp page. 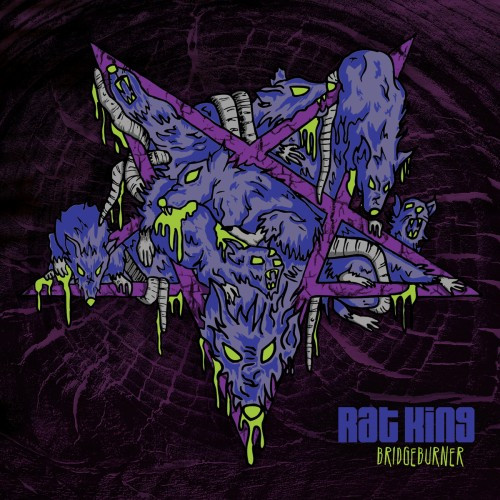 I caught Seattle’s Rat King at a live show little more than a week ago and wrote about their performance here. I knew nothing about them before then, but really enjoyed not only their live show but also their debut EP 1564. When I wrote that earlier piece I knew they had a split with Arizona’s Warhead in the works, and now they’ve uploaded their track on the split, which is called “Bridgeburner”.

Once again, I’m really digging the clobbering drum progressions, the gravel-toned bass work, and the combination of mauling riffs and mind-warping leads. This is progressive-style instrumental metal that claws at your guts as well as twisting your head around.

Both the new split and the 1564 EP are available on Bandcamp.