This morning Patrick unveiled his remix of the title track to Napalm Death’s 2005 album The Code Is Red… Long Live the Code. The original song is fucking outstanding — but Patrick has made it five times more amazing, converting it into a 15-minute non-stop circle pit.

Words fail me in expressing how stupendous this remix is, so I’m just going to stream it for you.

The track is available for download at this location (you can stream it there, too), and I took the liberty of uploading it to our Soundcloud so I could embed it in this post. And this isn’t the only piece of remix genius Patrick Bruss has created. You can check out his 14-minute version of Cannibal Corpse’s “Kill” via this link, his 14-minute version of Napalm Death’s “Fear Emptiness Despair” via this one, and his 20-minute megamix of “Icon” by Paradise Lost right here.

Oh, and if you haven’t listened to Crypticus, do yourself a favor and visit this place: 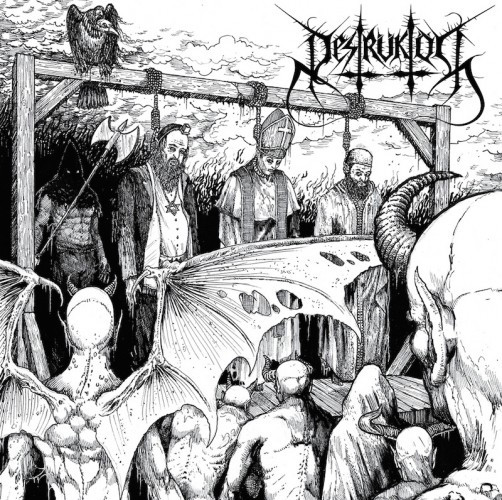 Two days ago Hells Headbangers announced July 24 as the international release date for the first new album by Australia’s Destruktor in six years. The name of the new album is Opprobrium. The label also provided an advance track for streaming and immediate download on Bandcamp (where the full album can also be pre-ordered), and it’s hell on fuckin’ wheels.

The name of the song is “Besieged“. Not only is the song a vicious, thrashing war metal fusillade that will flay you raw and get your head moving in a frenzy, it also includes a decelerated mid-section devoted to a dismal but affecting melody. Very cool. 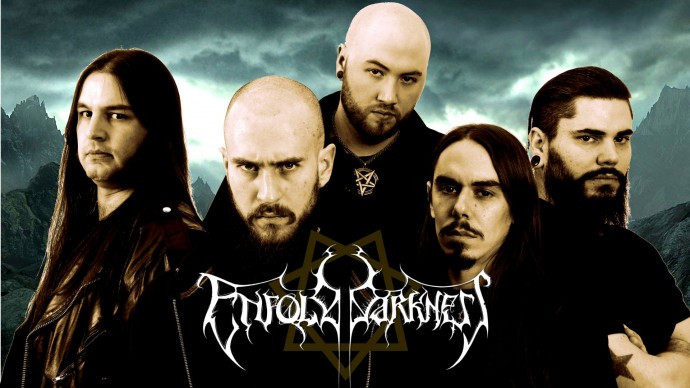 More than three years have passed since I last wrote about Tennessee’s Enfold Darkness after discovering a single by the band named “Lairs of the Ascended Masters”. And it appears, upon investigation, that in fact they haven’t released any new music since then. But the band have now re-surfaced with a revised line-up, a new label (The Artisan Era), and a new album in the works.

Last week the band also posted a pre-production version of a new song named “The Dirge of the Surrogate Invictus”. There is indeed the air of a dirge at the outset of the song, but within the shroud of gloom it generates you’ll find some nimble bass and guitar work, some beautiful soloing, and a combo of occult chanting and venomous snarls. The music succeeds in creating an atmosphere that’s ominous and bleak while delivering a memorable, entrancing melody. A very promising comeback by this band, with a surprising but welcome variation in style.