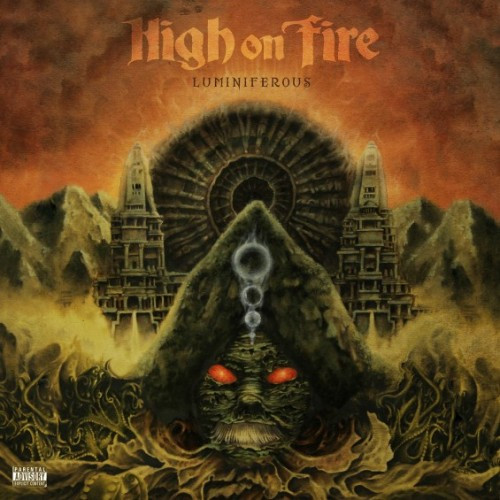 Lots of news about High On Fire and new HoF music today.

First, we received a reminder that the band’s new album, Luminiferous, will be released on June 16 via eOne Music. It was recorded at Salem, Massachusetts’ GodCity Studios with producer Kurt Ballou. You can see the artwork above,

Second, the group premiered a new song from the album named “The Black Plot” via Rolling Stone — and I’ll have a bit more to say about it in a minute.

Third, the band announced a headlining U.S. tour that begins on July 30 in San Diego and finishes in New Orleans on August 23. Along for the ride will be Pallbearer, Lucifer, and Venomous Maximus. Here are the dates: 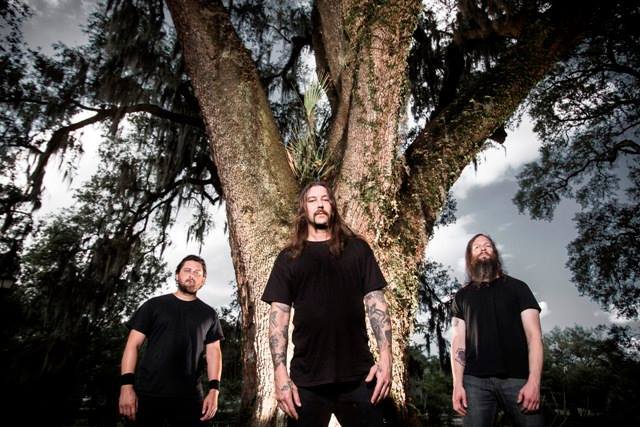 Okay, back to “The Black Plot”. Here’s what Matt Pike had to say about the song:

“It’s about aliens abducting people and manipulating our past, present and future. It’s about the top of the pyramid, so to speak,” Pike says. “And it’s also about alien hybrids, and how we’ve been immersed amongst this culture of E.T.s for thousands of years, and how no one has woken up to it until recently.”

Well, artistic inspiration comes from all sorts of interesting ideas, doesn’t it?

Ahem, as for the music, you’ll need to go here to give it a listen — and I recommend you do. Shit, it’s a mountainous steamroller rumbling and rolling at speed, with predictably crushing guitar tone, spine-shaking percussion, and a smoking hot guitar solo. Pike’s acidic howls and wailing clean vocals work well together, too. A real neck-snapping skull-crusher.