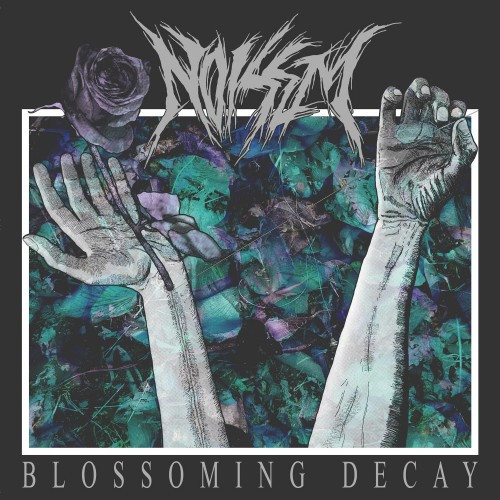 That said, when I have a moment (or pretend to have a moment, to the chagrin of future me), I still like to pop in here and give my two cents about stuff I’ve been digging that might not have been properly reviewed here yet. Also, in the case of Noisem, I’ve got a streak and reputation to keep up here – I’ve reviewed everything they’ve done for NCS except for the split 7” they put out with Occultist, and even that was mentioned in my review of their Consumed 7”. Thus, I’m here once again, and for good reason – if you thought Agony Defined or any of the material released from these guys since then has been good, just wait until you dig into Blossoming Decay. Hell, even if AD wasn’t your cup of tea, give this one another shot – it’s a whole different beast from its predecessor(s). 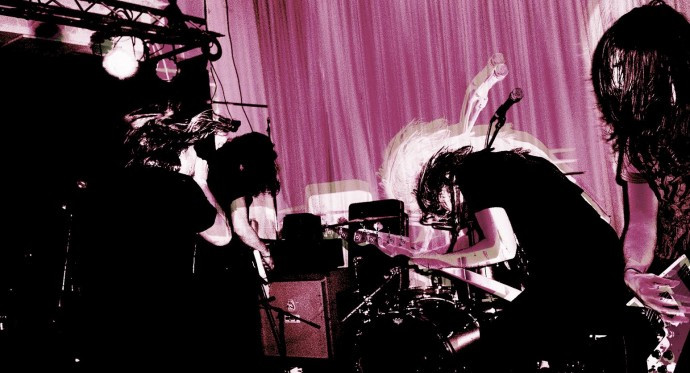 Agony Defined leaned heavily on Sebastian Phillips’s searing, vicious, death-metal-meets-vintage-Slayer riffs, which, granted, was an absolute blast. But I imagine they, like Slayer after their 1986 masterpiece, realized that simply trying to recreate their past work wasn’t gonna cut it. That said, Slayer, to their credit, came out with the wildly different South of Heaven, and then proceeded to more or less copy that album ad infinitum. They went slower. Noisem, on the other hand, went for the far more alluring option: more varied. All of the pieces of their original framework are still there – death metal, thrash, grind, maybe a hint of hardcore punk. Yet they’ve accentuated each one so much more – the grindy parts are absolutely furious in their inhuman speed and chaotic blasting. The thrash riffs could start circle pits with the force of a Cat-5 hurricane. The death metal sections will bludgeon you until you’re as flat as Chicago (seriously, coming from San Diego, this place is jarringly flat).

Most impressively, however, is that the band have masterfully shored up what could’ve been one of my only criticisms of Agony Defined: dynamics. AD was admittedly a very one-tempo album; it was short enough, however, that this generally didn’t present much of an issue, and even could’ve been an asset (see: Reign in Blood). Blossoming Decay, however, uses dynamics masterfully, diverging from its predecessor in opening with an ominous minute or so of what almost sounds like an abyssal cello before launching into the firestorm of “Trial of Perturbation” with the same cymbal hit that started Agony Defined on “Voices in the Morgue”. A similar break comes right in the middle with “Cascade of Stars”, which leads off with a few minutes of eerie ambience before launching into another spine-shattering salvo, and on the final track “Blossoming of the Web”, which trails off with the same eerie abyssal cello that first welcomed you to this fiery bolgia of hellacious malice (yes, that was an Inferno reference. This school is getting to me).

“But wait”, you interject. “Noisem was always at their best when they were shredding my face off at the speed of light”. Don’t worry, comrade. You’ll still get plenty of that on most of the rest of Blossoming Decay, particularly “1132” – speaking of which, THAT DRUM INTRO. I know I said in my review of Agony Defined that Vitek had the upper hand on Harley Phillips in terms of insanely talented young drummers, but his skinsmanship on this record, especially at the beginning of that song, is sure as hell making me reconsider.

That’s not to say that the rest of the squad isn’t bringing it just as hard – Sebastian Phillips and bassist-turned-guitarist Yago Ventura once again create some of the best riffs of the year, and likely some of the best thrash, death, or grind riffs you’re gonna hear (until Noisem drops another banger on our laps, that is), new bassist Billy Carnes (who also did the stupendous artwork for the album, and happens to be vocalist Tyler’s brother, so that 80% of Noisem is now two sets of brothers) provides a vicious presence, and Tyler has gotten noticeably more rabid, his yells sounding like they’d peel paint off walls and flay his throat simultaneously.

Simply put, this thing is miles ahead of its predecessor, which itself was miles ahead of its peers. I thought I couldn’t stop listening to their previous stuff, but I’ve spun this about 15 times since I got it maybe a week ago. I’ll put it “right down to earth in a language that everybody here can easily understand”:

LISTEN TO NEW NOISEM YOU FOOLS.

Side note: Noisem are about to do a small East Coast-centric tour with Angel Dust and Iron Reagan. Bump:

They’re also playing Obscene Extreme America in Montreal, Canada, sometime during its August 20-23 range, so hit that up if that’s your neighborhood.