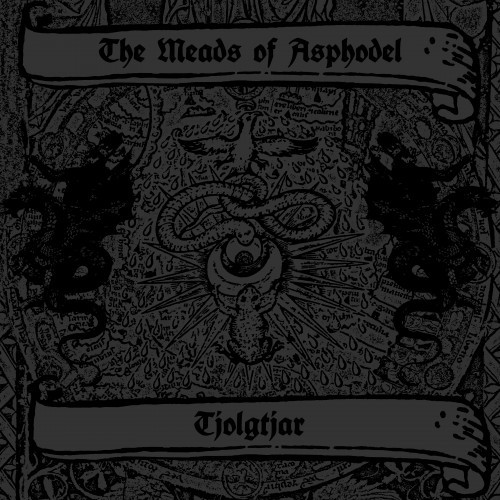 Fans of idiosyncratic black metal should be rubbing their hands in anticipation over Taste the Divine Wrath. That’s the name of a new LP-length split by The Meads of Asphodel and Tjolgtjar that’s due for release on June 2 by Eternal Death Records. Last week Terrorizer premiered one of the tracks by The Meads of Asphodel (here), and today we bring you one by Tjolgtjar: “The Fifth Mass and Her Works”.

With 11 full-length albums and numerous shorter releases spawned over a 17-year period, Tjolgtjar has been nothing if not prolific. The band is the alter ego of J.R. Preston — one of many that bears his imprint (including the late lamented Blood Cult, who we featured here not long ago) — and the music associated with his name has been far from conventional. This new track is no exception. 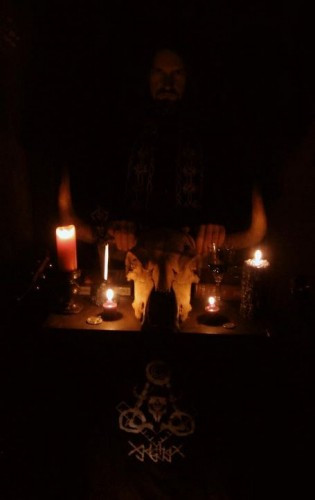 “The Fifth Mass and Her Works” has a garage-band honesty in the sound — those looking for spit and polish or “atmosphere” will have to look elsewhere. The screeching, vitriolic vocals aren’t designed to appeal to a mass audience either; they seem more designed to spew enough acid that they’ll leave permanent scars.

But the riffs in this song — the riffs in this song are gems. And I do mean “riffs” in the plural, because for a song that doesn’t even reach the 3 1/2 minute mark, it includes a lot of movement and variety. It trudges, it rocks, it noodles, it rips, it blasts. There are brief seconds when it seems the song is about to open up into a dreamy melodic interlude and others when it seems about to leave the realm of rock and metal altogether — and then it’s on to something else.

There’s enough material in the song to provide the seeds for a half-dozen songs; it sounds stripped-down, but turns out to be multi-faceted, and that’s one reason why it’s an interesting track to hear more than once. Another reason is that it kicks some ass and will get your head moving.

Here are lots of links, and then our premiere of “The Fifth Mass and Her Works”.

6 Responses to “AN NCS PREMIERE: TJOLGTJAR — “THE FIFTH MASS AND HER WORKS””