The Italian band Airlines of Terror will be releasing their second album Terror From the Air on June 25 via Goressimo Records, and today we premiere for you a lyric video for the album’s first single — “U.F.O.=Tesla” — with artwork by Michel “Away” Langevin of Voivod. 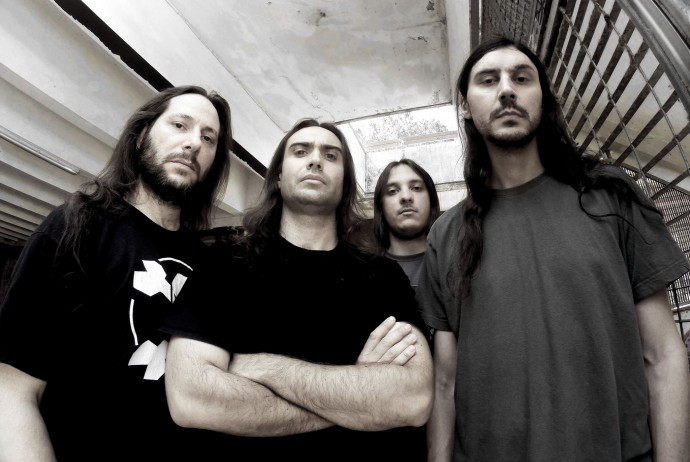 It’s a death/thrash barrage propelled by a super-charged drum performance by Giuseppe Orlando (ex-Novembre), a meat-grinding bass execution courtesy of Emanuele Calvelli, and plenty of riff savagery by guitarists Fabrizio Agabiti and Demian Cristiani (who also blasts the growls like a machine-gun).

On top of the fact that the song generates high voltage like a mega-sized Tesla coil, it includes an insectile off-world melody that turns out to be insidiously catchy.

Terror From the Air features cover art by the amazing Marco Hassman and it’s available for pre-order here:

You can find the band on Facebook via this link:

AND HERE’S THE VIDEO!