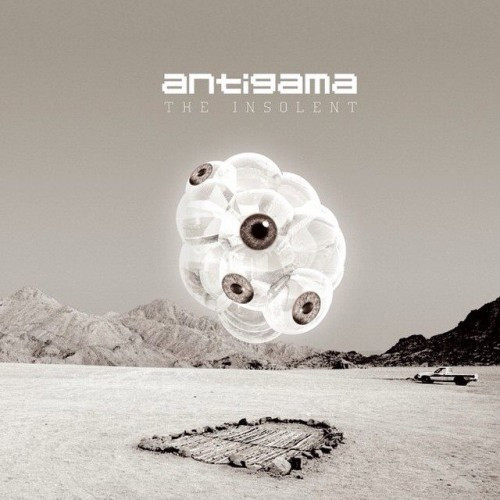 Antigama’s Meteor was one of those albums that felt like a band finally getting a bit of much-needed spotlight. The Polish grind band, whose music strayed heavily into industrial realms while sticking mainly to the core four instruments that make up any group, hit a disc out of the ballpark with Meteor, and it served as an effective closer to the band’s time on Relapse — one that had seen the releases of Resonance, Warning, and Meteor. In their long career Antigama have spent time on different labels and now find themselves returning to Selfmadegod — who had previously handled the group’s disc Zeroland — for their seventh full-length album release with early May’s The Insolent.

The Insolent continues the band’s slow drift into cybergrind territory, one that sees them not so much playing their instruments as fully desecrating them — with chord changes that sound like the performers’ hands had to be physically yanked across the guitar by the speed at which they happen and are so jarring that people familiar with Meteor should be right at home. The Insolent is high-minded viciousness, an album that hints at a bunch of different things happening under the surface but on top is like three trains all destined for collision — and a huge chunk of The Insolent is that moment of impact.

For all the bluster and comparisons to the devastation that usually ensue with an album like this, where you fall on The Insolent may come down to how you feel about a heavy dose of futurism working its way into your grind and, ultimately, how you feel about humongous and sweeping keyboard solos two-thirds of the way into a disc.

Of course, you could view Meteor through the same lens, as the album’s title lends itself a little better to the idea of an impact event. The Insolent continues in that sphere with music that is sometimes weird for the sake of fuck you and oftentimes bleeding-edge fast, as the band take the death metal blast-beat and hammer on it so hard that the snare drum was probably embedded halfway into the floor by the end of the recording session.

It could be argued that Antigama spend a good chunk of The Insolent actually playing it pretty straight, in the vein of their early works, as the early bits of The Insolent are righteously fast. The opening song, for instance, pretty much spells out how the first few tracks on this disc are going to come at you — it’s a hyperfast blur of circuit-bent fury that takes nary a breath. Case in point: “Reward Or Punishment”‘s first noise is literally a scream going right into a bona-fide blastfest on the drums. The first few words in the song are its title, and considering that its run-time is a little over a minute thirty, there isn’t really room for much else other than an instrumental spasm.

“Foul Play” continues keeping the furnaces fueled. It’s also a relentless song and secretly a personal highlight. I’m a huge fan of how, even though the track follows the same general guidelines as “Reward Or Punishment” (being a huge slab of screaming and slamming their instruments around), the song interrupts the flow between the two tracks with its stuttering opening and the “Receiver? Must be like a transmitter” sample intro. The worming, bouncing guitar section that comprises its main rhythm during the barking vocals is also intense as hell — and who the hell else would try to slam a swing-beat drum section a minute into a song for a brief minute? 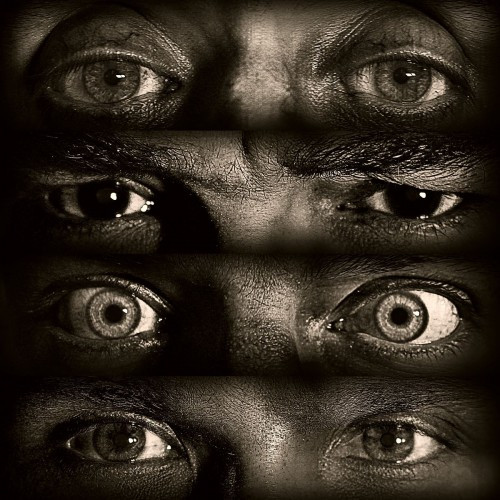 “Data Overload” is another massive song that could easily be one of the more popular ones on this disc. The massive discordant section that could be construed as a chorus, in which vocalist Łukasz Myszkowski is roaring DATA OVERLOAD over and over again, is one of the strongest moments on The Insolent, and the song closes out the somewhat breathless pace of the first few songs on the album.

“Used To” — which was one of the songs that was released before the album came out — with its alien guitar parts and time signatures and ultra-creative drumming is what could be treated as a breather; the first minute thirty or so of the song is a slow and grooving part, which the band inevitably destroy by grinding their instruments to dust to close the song out, but with Antigama that could be expected by this point.

My one nitpick with the way The Insolent moves is that Antigama hide the “weird for the sake of weird” on the back sections of the album. I would’ve absolutely loved it if the group had put the huge keyboard swells of “Out Beyond” closer to the front. I’m sure concept-wise there is a reason for the song being there, as my listens more and more became focused on how every preceding song was a fast build to that part, every track before it taking form as an auditory destructive force moving at light speed — and then suddenly slamming on the breaks. In that light, it’s as if The Insolent becomes the soundtrack to a sci-fi movie that we’re only receiving in partial transmissions, in the form of samples in the earlier songs.

“Sentenced To The Void”, which is “Out Beyond”‘s precursor, signals the change-of-pace for this disc. It’s more of a punk and grind song — moving in the same way Napalm Death’s recent “How The Years Condemn” moved, with its up-and-down bass guitar chug-heavy rhythms. The song absolutely moves though, and like many of the ones before it, is an enjoyable slab of music. It feels at this part of the disc that “Out Beyond” stitches the last two tracks to The Insolent, and those two genuinely massive songs are two of my favorites on the album, if not just for the huge change of pace from the front two-thirds of the album. 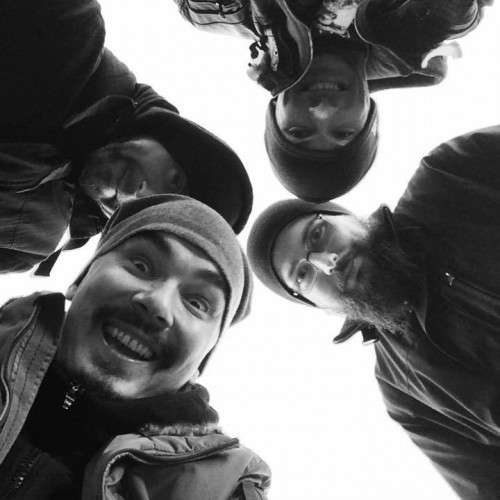 “Eraser” uses its shaky movements as something of a summary of the whole disc — as the guitars are once again lit aflame and the drums destroyed; they build into the seven-minute dragging monolith of “The Land Of Monotony”.

“The Land Of Monotony” serves as The Insolent’s closer but could probably be treated as the disc’s main anthem as well. I’m not sure how it would translate live in the company of the hyperfast grind of the rest of the disc, but it makes seven minutes feel like nothing. Hearing the main “Land Of Monotony” section repeated and hammered over and over provides a hell of an adrenaline rush.

The Insolent is a jarring release, one that yanks the listener back and forth over the course of seven songs — and then proceeds to do so again for one more song before flattening everything to the ground. It’s hard to tell where this disc will stand in the face of the vast swath of material that Antigama have released prior to this. If there is one thing to be argued in favor of the band, it is that despite their being a death and grind band with a huge futuristic focus and high-minded concepts, every single release the band have created has managed to sound different — save for the constant destruction of guitars that seems to take place; every guitar riff the band writes seems to yank itself back via bungee chord, snapping back at the top of each couple of measures.

The Insolent does, however, light up a pretty big explosion in a seemingly quiet time of the year where the metal scene seems to move in fits and starts. It’s a furious burn that then makes a jarring turn for the amibent and weird, before going back to burning and then finally smoldering until the end of its run. It’s a short blast that feels like no time at all has passed, and it conveys a futuristic fury that I’m pretty sure I still haven’t gotten a grasp on despite taking so much time before and after the album’s release to really try to get a grasp on it. The Insolent is a half hour of futuristic madness penned by drones and androids and played with the precision of machines.

2 Responses to “ANTIGAMA: “THE INSOLENT””