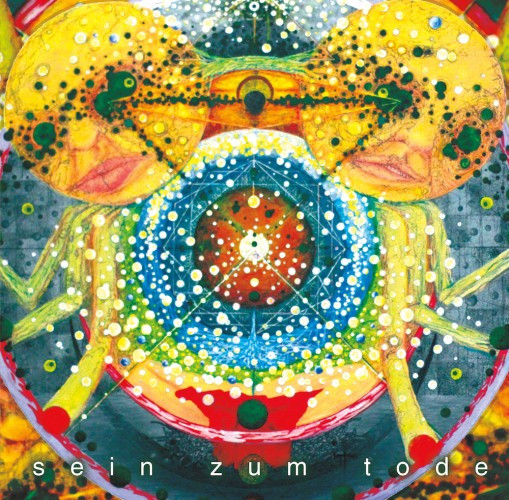 (Austin Weber introduces our premiere of a new song by Sein zum Tode.)

South Carolina based tech-metal mental grind patients Sein zum Tode are about to drop a new EP called Siamese Second Cousins Never Removed. To paraphrase how I formerly described them in my review of their 2013 debut beeep, imagine a fucked up merger between Psyopus and Mr Bungle’s creepier dark moments with some of their trademark carnival twists, and you arrive somewhere within the sonic realms of Sein zum Tode. As far as three-piece bands go, they create one hell of a ruckus, and it’s the interesting kind of ruckus if you weren’t able to piece that together from the preceding words.

Now that Siamese Second Cousins Never Removed is about to drop on June 2nd, we offer up a caustic sampling of it to you in the form of, “White Supremacheese”, and it’s a divine aural meeting between insanity and creative genius. 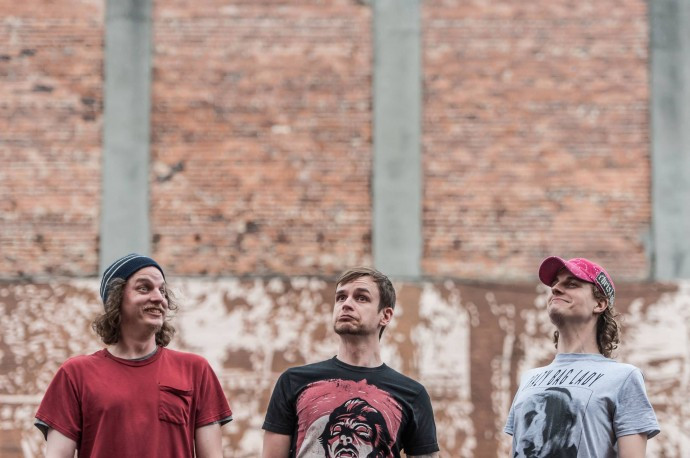 Listening to it is sort of like being strapped in a catapult and flung into a brick wall over and over, yet somehow you don’t permanently die. You’re just forced to repeat the experience of dying and being resurrected over and over. It’s disorienting at first, but eventually the music’s mechanically whirring and serrated riffs compel your head to bang while bleeding you out in a helpless state.

Gritty, throbbing bass lines constantly add fuel to the sonic fire, and beneath them some sort of human drum machine attempts to commit murder behind a drum kit while avoiding jail for actually murdering someone. Every second of “White Supremacheese” is a rush through a wormhole that takes you into a alternate dimension where vomiting wolves and going blind by staring into the sun are viewed as rational reactions to reality.

The only question left is how does one prepare to intake insanity such as “White Supremacheese”? And is there a way to process it without losing one’s mental stability in the process?

*If you like what you hear and want to pre-order Siamese Second Cousins Never Removed, you can do so at the Bandcamp link provided below. I’m also going to include two very recent music videos the band just released that are both visually arresting works of art. One is for “Sweatshop Beewhole Blanket”, another track off their forthcoming EP, and the other is a wildly animated/live-action video for “Worse Than Catholic” from their last album; the video just dropped last month.