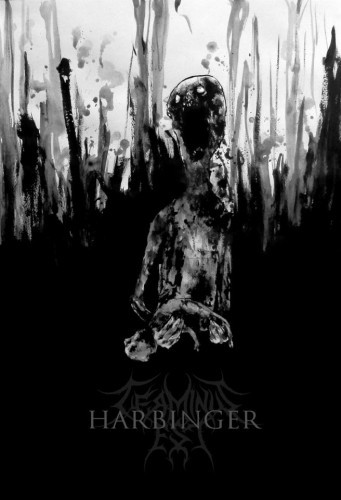 (Austin Weber provides this introduction to our premiere of a new single by the band Terminus Est.)

One of the coolest things about getting to write here at NCS has been Islander’s graciousness in allowing me to alert the metal masses to all the weird and new bands I know about that perhaps most people don’t. In the vein of this ongoing tradition, we are proud to bring you the debut single and first recorded song by newly formed international death metal supergroup Terminus Est.

The band was founded by Canadian native Edward Gryn, who plays guitar and performs vocals in the band. The group started out as a collaboration between him and drummer extraordinaire Hannes Grossmann (Alkaloid, ex-Obscura, ex-Necrophagist, etc.), and they had originally locked in Dominic “Forest” Lapointe (Augury, Teramobil, ex-Beyond Creation, Atheretic, etc.), but he had to bow out before writing his parts. So they recruited another highly skilled bass player, Oliver Pinard from Cryptopsy.

While the band is set to record their debut album this year, they wanted to show the world what they’ve been working on, and so today we premiere for you their debut single, “Harbinger”. 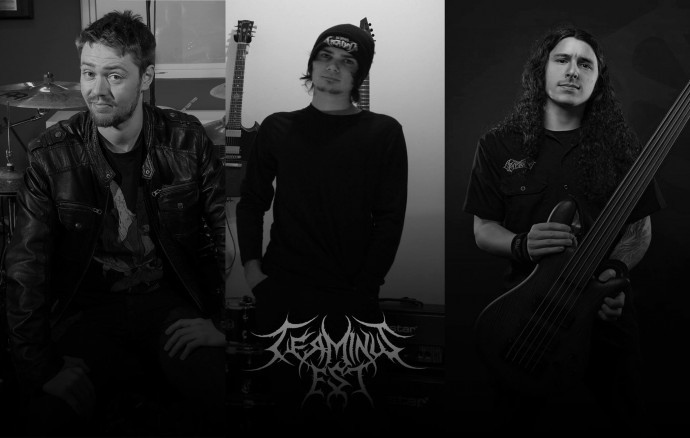 While the music on “Harbinger” calls to mind a cross-breed between both technical and progressive strains of death metal, the end result sounds uniquely their own and is hard to compare with the music of anyone else. The main recurring riff that threads through “Harbinger” is massively groovy, yet without sounding like groove metal, and the strands of dissonance woven within it are definitely an interesting icing on top. A fountain of ethereal and varied guitar leads expertly complements the song’s tendency to induce involuntary headbanging. Lest you think that’s all the track consists of (as if that weren’t enough), it morphs into a faster vessel of hatred partway through, replete with slicing sweeps and racing riffs.

If “Harbringer” is anything, it’s a mechanical concoction of complex death metal that isn’t content to unfold in a conventional manner. The top-notch bass-work from Oliver Pinard rumbles to the surface frequently and is an essential element of the track rather than an afterthought. The vocal vomit expelled on “Harbinger” shows that guitarist Edward Gryn is equally talented at channeling rage through his voice, and the backing vocal parts by Bryan Berger from Virvum (a band whose single I recently covered here at NCS) add an extra layer of hostility to this virulent storm of a single. As is usual for Hannes Grossmann, his drum performance is not merely what anchors the track, but exists as its own separate enjoyable entity, one that is wholly recognizable, as the man has definitely carved out a unique style and finesse within death metal drumming.

As an additional prize, “Harbinger” unloads a spirited, spiralling solo toward the end that easily burrows into your skull.

With “Harbinger”, Terminus Est have made it immediately clear that they are a group deserving of your attention, and they have me anxiously awaiting their soon-to-be-recorded debut album.