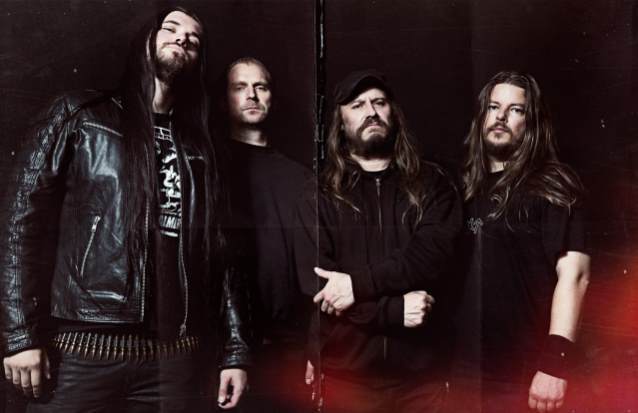 After just a handful of dates on this year’s edition of the Metal Alliance Tour headlined by Deicide, Sweden’s Entombed A.D. have been ejected from the tour and are now on their way back to Sweden. The following statement appeared 12 hours ago on Entombed’s Facebook page:

“Attention US headbangers!
We got pulled of the U.S. Tour for reasons we don’t yet know. On our way to Sweden now. Never in 30 years have we experienced something like this.
But we will be back soon !!
Cheers!!”

At this point I haven’t found any explanation for this unexpected turn of events. I’ll add an update when I do.

This tour played in Seattle on Saturday night — minus Entombed. I had to leave town that morning for my job, but I would have been seriously pissed off if I’d been able to go to the show and found Entombed missing. For me, having never seen the band (even this remnant of the original group, fronted by LG Petrov), they were the biggest draw.

UPDATE:  Not long ago (morning of June 10), I received an e-mail from Century Media, with this statement:

“Due to unforeseen financial issues, Continental Concerts and the “Metal Alliance Tour” regret to announce that the 2015 “Metal Alliance Tour” has been cancelled. However, the remaining dates will continue on as a DEICIDE headlining run, featuring special guests as support (ENTOMBED A.D. is not on the bill due to the aforementioned issues). See below for all upcoming dates.”

Based on a revised flyer for the Deicide tour, the “special guests” appear to consist of the remaining members of the original Metal Alliance Tour, i.e., Hate Eternal, Black Crown Initiate, Lorna Shore, and Svart Crown. The flyer is below, and here are the dates for what has now been renamed the Deicide tour: 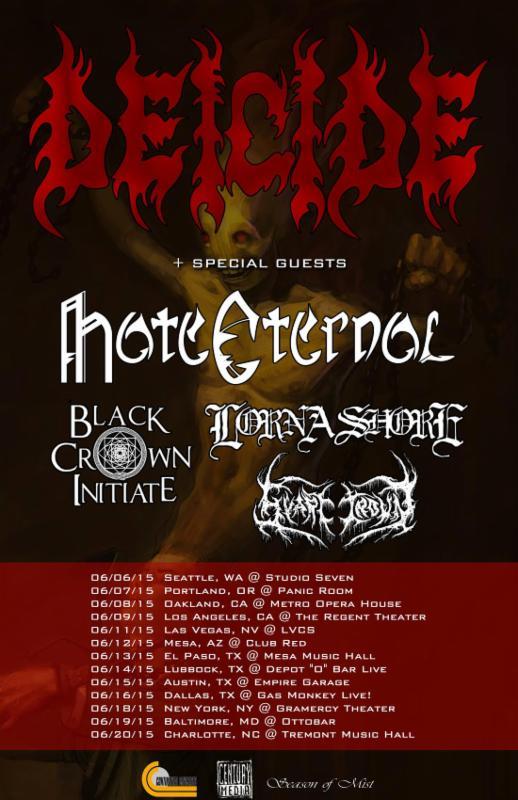