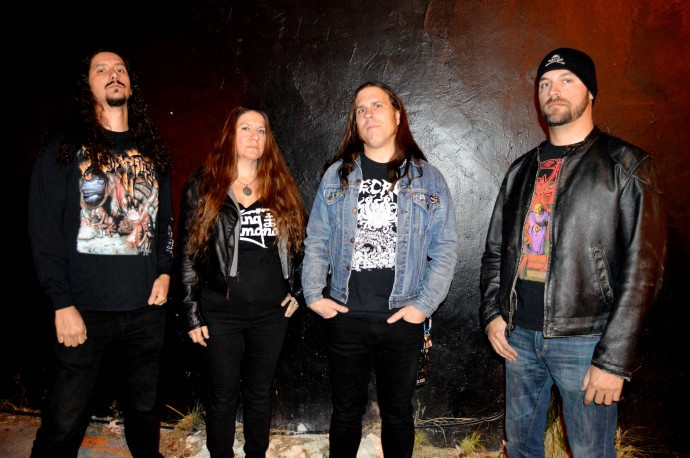 Given the amount of hype that the debut album by Gruesome has received both before and since its official release by Relapse Records in April, neither the band nor the album (Savage Land) may need an introduction. Yet the whole point of premieres like the one we’re about to bring you is the off-chance that someone out there may not yet have gotten the memo.

For those who are just discovering Gruesome, they’re a talented collection of artists who’ve honed their chops in many other groups, including Exhumed, Malevolent Creation, Possessed, and Derketa. And the album is an unabashed homage to the music of Chuck Schuldiner and Death.

What we’ve got for you today is an official lyric video for a song from Savage Land that shares its name with the band — “Gruesome”. 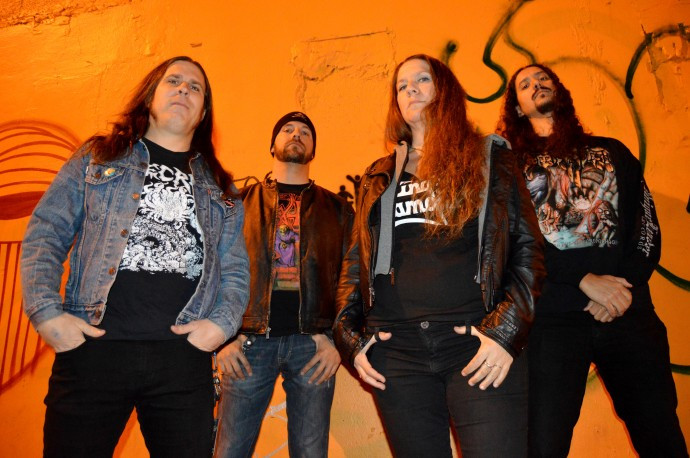 Everything about this song suits both its name and the band’s name, from Matt Harvey’s first protracted howl to the grisly aura cast by the morbid riffs and the shrieking guitar solos (which are hot enough to singe your eyebrows). But the song is as much a hard-charging romp as it is a manifestation of oozing putrescence. And as has been said by many others already, you have to feel that it would put a proud smile on Chuck Schuldiner’s face.

The deluxe edition of Savage Land is now available on Bandcamp — it includes two cover tracks, one of Death’s own “Land of No Return” and one of Slayer’s “Black Magic” (both of which are great).