In case you missed the announcement last week, I’ve resumed the roll-out of our list of last year’s Most Infectious Extreme Metal Songs — a scant five months (ugh) after the last installment in the series. If perchance you don’t know what this list is about, you can find an explanation here.

Today’s two additions to the list are a bit out of the ordinary, because both songs are long. There’s a lot to be said for long-form music, but I would guess that “infectious” isn’t a word that typically springs to mind. In the case of these two songs, however, I think it fits.

Very tough choice, this one. Not the choice to include something from this band’s album Believe In No Coming Shore — that was a given (though the songs on the band’s 2014 split with Panopticon were also strong contenders) — but which song? That was the hard decision.

Basically, every song on the album was a candidate for this list. I’m especially partial to the introductory riff and central melody in “Ancestors of Shadow”; it gets me every time I hear the song. But after some reflection and re-listening, I’ve decided to go with “Spectral Eyes” (I may have been influenced by the urging of my friend MaxR at Metal Bandcamp; he didn’t exactly threaten me with physical injury if I didn’t pick this song, but I think it was implied).

The thump of the drums and thrum of the bass at the beginning of “Spectral Eyes” are the song’s immediate grabbers. The guitar melody is more of a grower, but as the song evolves, its subtly shifting shape insinuates itself into the mind of the listener and takes hold firmly, especially as it reaches anthemic proportions beginning in the fourth minute. As that melody is repeated through the song’s back half, it’s beautifully accented by the methodical plucking of the bass and by an astonishing extended guitar solo, which leads to a powerhouse of a finale. Fantastic song. 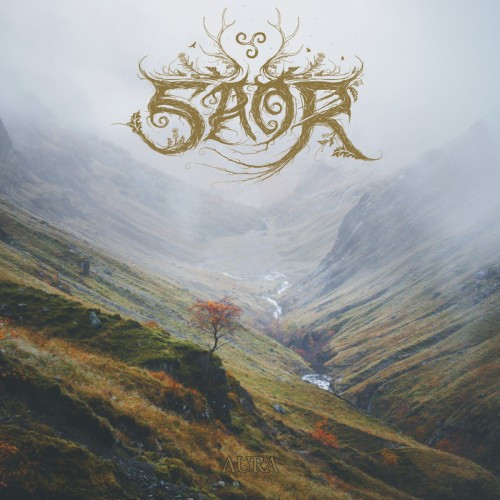 Saor’s 2014 album Aura was amazing. It made a lot of our year-end lists, including one by Panopticon’s Austin Lunn, who performed drums on the album. I’ll quote what he wrote about Aura in his list on our site:

“I feel like a jackass listing an album I contributed to, but my contribution was only putting a pulse behind Andy’s passionate, rallying, yet mournful battle cry to his home land. This album was a joy to be a part of and Saor is one of my favorite bands. They are the band I have been waiting to hear for years and years.  Like Scotland’s answer to Kroda… traditional instruments  blended effortlessly with emotional metal.”

Austin is typically humble about his own contributions — his fantastic drumming on Aura is in fact one of its true strengths. But there is of course much more to love about this album.

The song from it that I’ve added to this list is its final track, “Pillars of the Earth”. It’s a sweepingly powerful piece of music, full of fierce passion, with riveting, hammering riffs and a rippling, ethereal guitar melody that deserves the overused adjective “epic”. But the slow, melancholy instrumental interlude in the song is almost equally mesmerizing. It starts softly and builds again to a gorgeous, blood-pumping, panoramic crescendo that pulls hard on the heart-strings. You hear the song once, and it becomes unforgettable.

6 Responses to “OUR LIST OF 2014’S MOST INFECTIOUS EXTREME METAL SONGS (PART 27): FALLS OF RAUROS, SAOR”