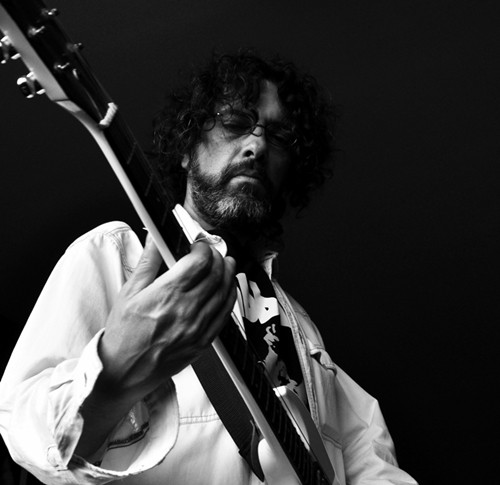 (Comrade Aleks brings us this interview with guitarist and songwriter Richard Nossar of the great Peruvian doom band Matus, who we’ve featured on our site before and who have a new album ready for listening.)

It’s time to relax and let your mind flow with a current of old ’n’ good psychedelic stoner rock. Matus (ex-Don Juan Matus) is a Peruvian band, and we’ll talk about it with Richard Nossar (guitars) as an exception to NCS’s strict rules. Matus celebrate their tenth anniversary this year and they almost have a fifth full-length Claroscuro in their hands, so why not?

If you get me right… Anyway, let’s try.

Hail Richard! How are you there? What’s the weather in Lima?

Hi Aleksey! Despite everything, I think I’m well. There’s crazy weather over here due to the influence of the El Niño sea current. At this time of the year, we should already be in winter but the sun is still occasionally out. Some days are quite hot; others are cold with rain here and there. It’s easy to catch a cold.

Matus has its first jubilee this year, as the band was born in 2005. Do you remember how it was started?

Yes, of course. Former drummer, Joaquín Cuadra invited me to jam with him in late December 2005. We had no plans to form a band at this point; we just wanted to have some fun on weekend nights. After a few rehearsals, riffs started to flow, and those riffs became actual songs. Cuadra brought a guy called Hugo Elías in March or April 2006 to play bass and we finished writing 3 songs with him. Around this time, I came up with the idea to self-release a single.

When we were working on the songs, we decided to use different vocalists for every track. I asked Daniel Roncagliolo of folk doom metal band Kranium, but he was recovering from tinnitus. Later, I came across Alex Rojas at the supermarket, who is the younger brother of my best friend in high school and told him about the project. He joined without much hesitation. Elías left just before recording, and I called Manuel Garfias, who is an old buddy of mine. He learned the songs and the rest is history.

I have fond memories of the early days. It seems incredible that we’ve lasted so long. 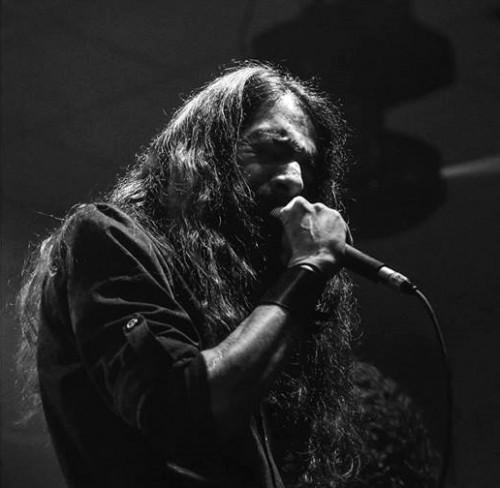 Don’t you plan to celebrate this date somehow? With some live gigs at last, or with some jubilee set of Matus albums?

We’re planning to do a couple of shows as soon as Manuel returns. Dragonverde Producciones has offered to video 3 songs live in the studio, so this will be our official debut as far as live things go.

How would you sum up the result of these ten years with Matus? Have you reached all the goals you set?

I think it’s quite favorable, taking into account that we’re a small band from Perú that doesn’t play live. Personally, I’m happy with what we have achieved, but I know we could have done more and better with a bigger budget.

In the early days, our only goal was to write, record, and release a 7-inch single, in the same way as a zillion of obscure bands from the late ’60s/early ’70s did. Things changed when we started to record those songs. The single became an EP, and the EP became a full-length album. We never expected to be “signed” by Nasoni Records so fast and go from one album to another in a two-month span. Times change, as well as goals, and nowadays, we just want to release this new record on vinyl.

Oh, I quite forgot it! The band’s original name was Don Juan Matus ’til 2014. Why did you make it shorter?

We went from being a trio to being a quintet, and after the sudden departure of Alfonso Vargas, we thought we needed a change, but not a drastic one. On the other hand, the name was kind of weird since there is a female member in the band. At the end of the day, Matus is much easier to remember. Don’t you think? 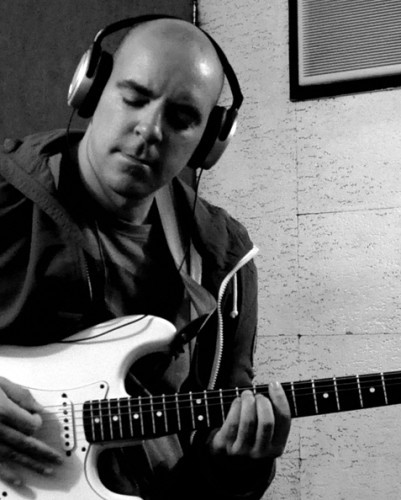 Don Juan Matus is a personification of Carlos Castaneda’s teaching. The band and you have changed through years; does this name still mean the same for you?

As I just said in the previous answer, a change was needed after Alfonso left. We’re not Castañeda freaks. The name was chosen for its association with late ’60s/early ’70s counterculture, which inspired us in the first place.

Matus have released the new album Claroscuro this month. I believe that you can reveal the name of the label who helped you this time. Will it be only a CD edition or is vinyl in your plans too?

Espíritus Inmundos will release the album on digipack in about 4-5 weeks. We would like to release it on vinyl and Pro-Tape too, but we’re not dealing with any foreign label at the moment.

I remember that you have a precious song “Kadath” on your previous record Espejismos. Why didn’t you choose Dagon or Cthulhu as most rock musicians do?

Because we try to be as original as possible and those Lovecraft deities have been done ad nauseum, especially Cthulhu. By the way, I didn’t know Dagon was that popular in rock culture.

Yet he presses Lord Cthulhu a bit! Do you still feel inspired by Lovecraftian myths? Is it reflected in your new songs?

Lovecraft is my favorite writer of all time and his work is always inspiring for me. Our new songs — except for “Hada Morgana” — deal with more real stuff… death, love, dehumanization, etc. As a matter of fact, they are the most personal lyrics I have written to date.

Yes, “Hada Morgana”! It’s one of my favorite songs on the album (yet it’s criminally short!). What’s it about?

I’ll describe it as a psychotropic journey into the visual joys of a goddess named Morgana. Hada is “Fairy” in Spanish. 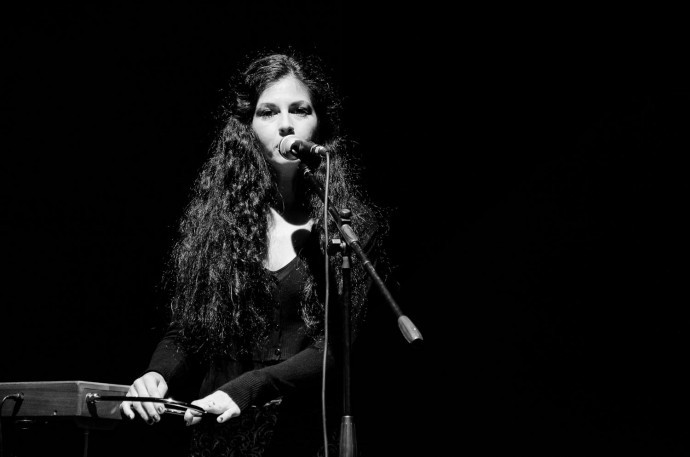 I guess the band’s first records show some influences of stoner or proto doom. The new album sounds closer to retro-hard-rock and psychedelic music. Do you see that as a better way to perform your artistic vision now?

We’ve been inspired by ’70s hard rock and psychedelic music from day one, so this is nothing new to us. In some ways, Claroscuro could be considered our straightforward rock album. The best way for us to perform our vision is freeing ourselves.

Some bands use a lot of tricks to make their music sound like old school stuff — some abuse fuzz, some don’t. What’s your method of following the retro path?

There’s no method. We never intended to sound stale in terms of production, so it’s beyond me when someone says that our albums could easily pass as obscure pressings from the early ’70s. Believe it or not, we haven’t used any tricks in all these years.

I know some other good bands from Perú, but I would like to ask you about your top-list. Do you have a kind of cohesive scene there?

I’m not going to as many shows as I used to, but there are some bands/projects that have grabbed my attention. My current faves are: La Garúa (album out on World In Sound), The Dead-End Alley Band (two albums out on Nasoni Records), and Chino Burga’s latest adventure, Ande (this could be the soundtrack of a pagan western at dusk). Other bands worth mentioning are the heavyweights of Conan (EP out on Tóxiko Records) and newcomers Orbe Gandul, which I saw recently.

I think we’re plagued by micro scenes run by label owners that rarely cross paths with each other. 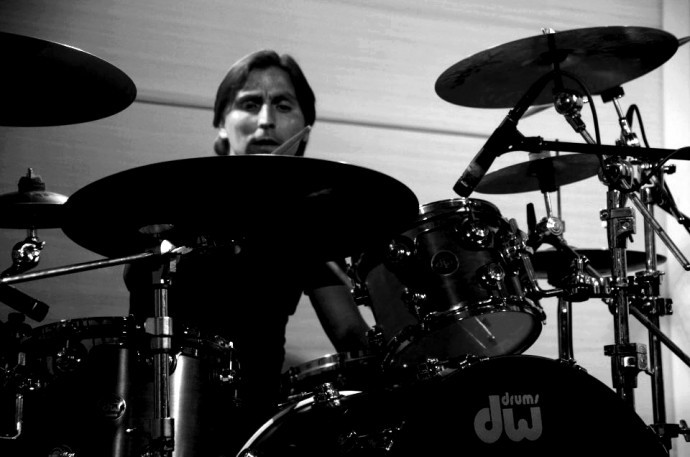 How do you see the chance to evolve psychedelic rock music further, as it’s really an old school genre?

I honestly don’t think it can go further.

So what do you plan to achieve with Claroscuro in such a desperate situation?

I don’t see it as a desperate situation. When we were writing the material for this album, I thought this would be our swan song, and personally, I wanted to achieve a sense of evolution. If you look back to our first album and listen to this, Claroscuro could be an album from the late ’70s or early ’80s.

What was your main focus during the work on the new songs? Claroscuro is fantastic and a really expressive work, but it’s too short from my point of view. As for me, I would like to listen to how these ideas develop further and further… Two CDs would be enough!

First of all, thanks for your kind words about the new album. We focus on making music we like that flows naturally. The album was originally longer, but we decided to remove a song, as we felt it didn’t fit with the rest of the material. We would like very much to do a double album, but it’s beyond our economic possibilities.

I bet that you have plans for that song! When and where it will be published?

Well, Richard, that’s all for today. I wish you and Matus all the best on your way. What’s about a few more words of arcane wisdom for our readers?

Thanks for the interview and good wishes, Aleksey. We really appreciate your support during all these years. Keep up the good work. Cheers!

One Response to “AN NCS INTERVIEW: MATUS (RICHARD NOSSAR)”