When I first saw the song’s title, my scrambled brain read it as “Piety Carved From Flies” — and it does sound like a swarm of flies, if flies were the size of Great Danes. The drilling riffs are thoroughly morbid, giving off a powerful stench of decay as the grisly melody rises and falls through the whirring haze of sound. The song is punctuated with booming grooves, it features an excellent drum performance, and the vocalist’s howling tirades are a perfect accompaniment for this gruesome offering of death metal illness.

Charnel Passages was recorded and mixed by Greg Chandler at the Priory Recording Studios. The amazing cover art was rendered by Daniel Desecrator. Here’s the track list, and then the new song (with thanks to Grant Skelton for the tip on this one):

Tracklisting:
1. The Conquered Sun (The Dying Light Beyond Morpheus Realms)
2. Necrophagous Communion
3. Tongues Of Nightshade
4. Rites To The Abduction Of Essence
5. Piety Carved From Flesh
6. Dissolution Of Mortal Perception
7. Collapse 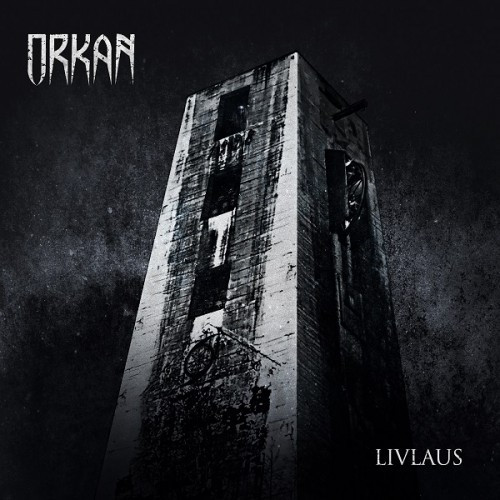 When Norway’s Orkan released their debut album Crimson Canvas in 2012 I missed it.  But I won’t miss their new one. Entitled Livlaus, it’s set for release by Dark Essence Records on September 11, and the new song from the album that was released today provides a convincing reason to explore Livlaus.

According to a press release we received, “[t]he concept of the album was inspired by the forests and sulphur mines found around Drummer Rune Nesse’s hometown of Stord, on the west coast of Norway, and deals with a lost soul trying to find peace in the Kingdom of the Dead.” It was recorded live in the studio, with vocals and effects added afterward.

The name of the new song is “Livlaus del 2: Dødens Dal”. It’s a hailstorm of knife-edged riffs and off-the-hook drum blasting, with electrifying shrieks and impassioned yells piercing through the gales of sound. The band magnify the music’s sense of dread with a slower, more atmospheric, more crushing section that conjures images of supernatural threat (and includes a very cool lead guitar melody), and within the gales of sound lurks an insidious melody that worms its way into your head. Very cool song. 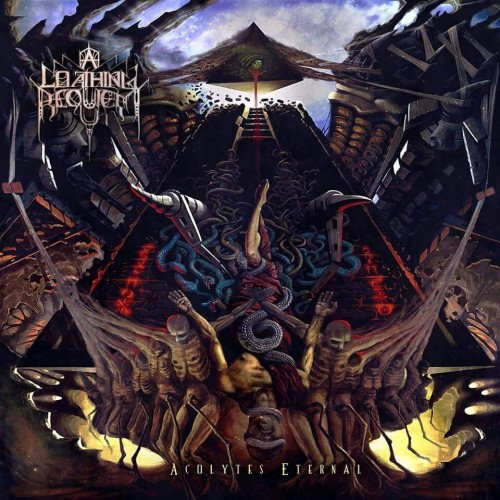 A  Loathing Requiem is the solo project of Nashville’s Malcom Pugh, who is also a member of Inferi and Diskreet. The band’s second album Acolytes Eternal is scheduled for release on July 31 by The Artisan Era. So far, two tracks from the album have premiered — “Prismatic Delusion” and “Immaculate Machine”  — the second one emerging only yesterday.

Both songs are brain-scrambling swarms of notes, constructed through a lot of spidery, highly accelerated fretwork. They both also include blazing-fast percussion, fantastically fluid solos, and warm, bubbling bass notes generated with the same kind of top-shelf flair as the eye-popping guitar performances. But the songs also have structure and melody — in other words, they really are songs (as well as genuinely impressive displays of instrumental athleticism and vocal bestiality).

Fans of progressive-minded technical death metal are going to eat this up — only two songs in, and it’s already just too damned delicious to ignore.

The new album can be pre-ordered at these locations: