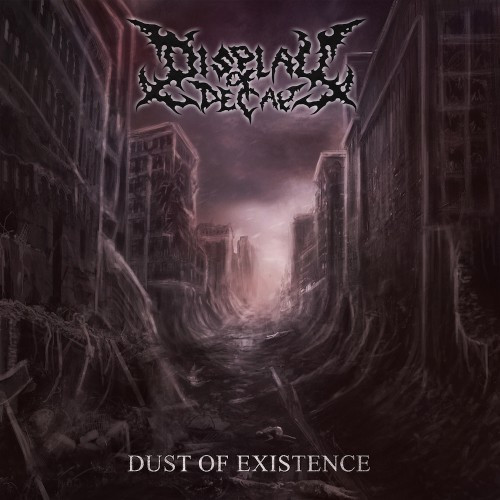 Almost exactly one year ago we premiered the title track from a new EP — Outbreak of Infection — by Display of Decay from Edmonton, Alberta, Canada. Since then the band have completed work on a new album (their second full-length) entitled Dust of Existence, and today we’ve got for you the first single from the record, a head-wrecker named “Created To Kill“.

You can’t accuse the band of false advertising, that’s for sure — the song’s title is a completely accurate description of the music. It’s a title that’s also linked to the song’s lyrics, which are based on events from 19th-century Europe, with references to the origination of Frankenstein’s monster and attempts at resurrecting the dead. As a whole, the album continues the narrative begun in Outbreak of Infection, relating the aftermath of a devastating virus that has annihilated humankind. 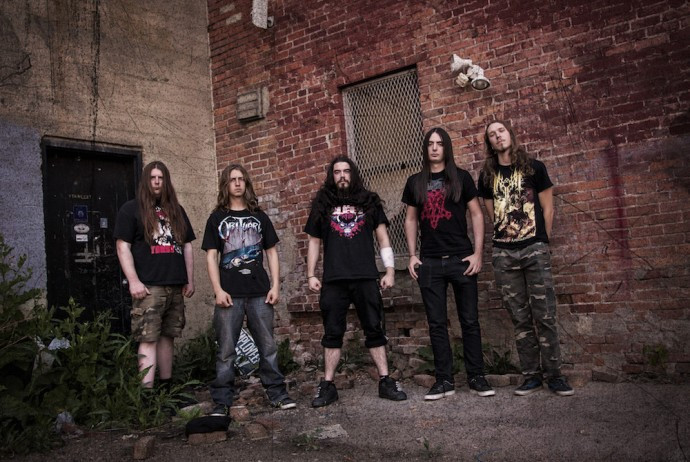 As for the music, “Created To Kill” is a monster itself — a blazing onslaught of thrashing death with a raw, old-school tone, loaded with riff savagery and anchored by a nimble bass line and a hard-hitting drum attack. The song’s dynamic tempos are sure to be gasoline for the mosh pit, and the punchy grooves in the music should get heads moving vigorously as well. On top of all that death metal goodness, the rapid-fire vocals are as bestial as this kind of instrumental ferocity demands.

Dust of Existence will be released by the band in the Fall of 2015. The track list is as follows:

For more news on the album as it emerges, follow these locations:

And those of you within reach of the Armstrong Open Air Metal Fest in Armstrong, British Columbia, can catch Display of Decay on stage this Friday (details here).

5 Responses to “AN NCS PREMIERE: DISPLAY OF DECAY — “CREATED TO KILL””