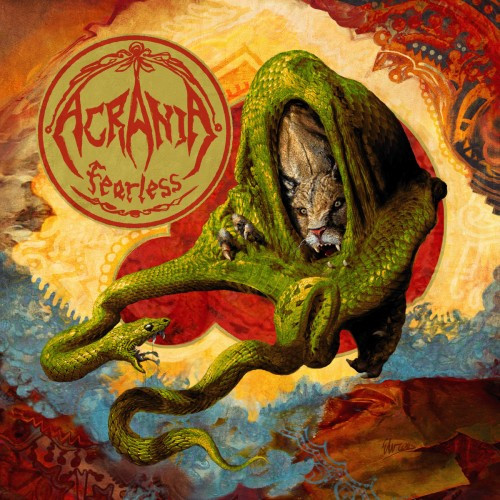 I first became acquainted with Fearless due to Eliran Kantor’s painted cover, which the artist shared on Facebook long before the album’s release. Yet, shamefully. I only got a chance to check out the record very recently. I’m really glad I did, because Acrania have a very interesting sound and take on mixing the old with the outlandish in pursuit of something new.

A number of you have certainly heard Elements, the final album by Atheist before they broke up in the ’90s. It was a record on which the band tapped more strongly into their fusion, Latin, and jazz influences. I’m as much a fan of it as the other Atheist releases, but even if you aren’t, imagine that sound Atheist went after on Elements mixed with a mid-’90s to early-2000’s death/thrash alongside a ripping melodic death metal influence.

The band certainly draw from the native sounds of their home base in Mexico City, which translates into the prominent funk and Latin jazz elements in Fearless that really give the record its head-scratching yet smile-inducing sound. If you’re looking for something exotic yet somehow familiar, this record fills a niche I never even knew I was looking for. Maybe you’ll feel the same way? It’s at least worth a listen in any case! 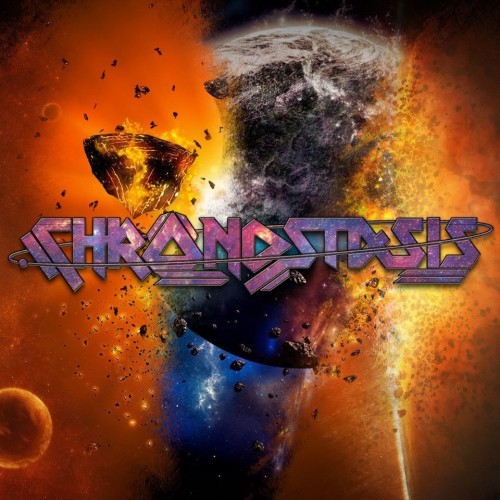 I’ve been delighted to hear the plethora of instrumental progressive-oriented metal acts who’ve made a name for themselves in the last decade or so. But as the market becomes more crowded, and more and more bands dive into this sonic pool, it becomes harder to find someone taking a step forward. Well, I think Pennsylvania-based instrumental technical thrash/death metal and jazz-fusion-oriented act Chronostasis have proven their worth in today’s crowded scene.

Many people consider Blotted Science to be at the pinnacle of today’s heavy instrumental metal spectrum; their peers are few, and even fewer attempt to take things as far forward as they have. Luckily, Chronostasis exist, and deserve to be as well-known as Blotted Science. A lofty statement and one that will be perceived as hyperbolic to be sure, but just give it a chance and trust me on this one.

In an attempt at summation, Cosmagida comes across like an illogically conjoined merger of Atheist, Behold The Arctopus, and the afore-mentioned Blotted Science. This is high-minded and mind-boggling instrumental music, yet it never devolves into a mindless, noodly show-off mess. Easily my favorite instrumental death metal/prog./fusion record of the year. 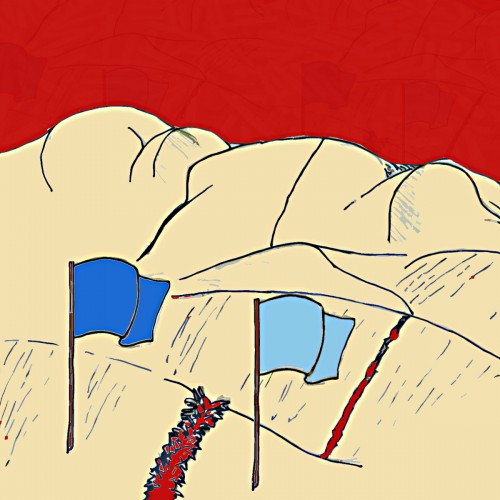 I’ve been listening to the music of one-man progressive metal act Peculate (aka Ben Norton) for a few years now. Yet I admit to having failed to write about his absolutely fantastic and off-the-wall releases until now. Typically I try to give you, the reader, a ballpark for where the music that is to follow fits in, but since I found a spot-on description from the artist’s Bandcamp, it seemed most appropriate to quote that instead:

Yes that is a mouthful, and yes the execution and merger of all those ideas into one clusterfuck is always epic and indubitably genius.

His most recent release from 2015,  Mines In The Sand, is a conceptual record regarding the fervent right wing extremism within the United States population. A relevant topic, given where we are as a country, and a pertinent discussion about what happens on a societal level with people of any political affiliation who become radicalized and overly nationalistic in their views. The record also includes some phenomenal saxophone playing from guest musician Mike W.T. Allen.

From opener “Geographic Destiny” onward, Peculate once again make clear that they belong to no genre or school of musical thought. This is prog for open-minded individuals who enjoy far more than merely metal. And that’s not said in a derogatory sense, it’s simply the truth about the appeal of this wonderful release. If you’re looking for something new that’s outside the box, dive into Mines In The Sand and enjoy its infinitely rewarding depths. 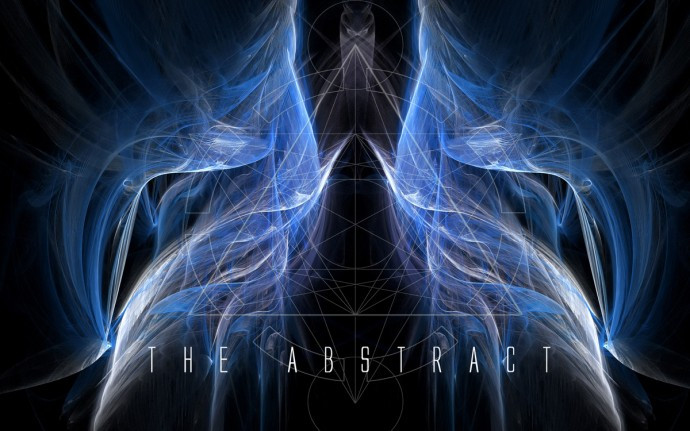 Slowly but surely, the brutal/slam scene has been diversifying and keeping pace with the multitude of other micro-permutations within metal styles that keep sprouting up like mushrooms all over the globe. Recently, bands such as Defilementory and Disentomb have led the way in introducing a new approach to writing and thinking about music within this hard-hitting and noxious style of death metal, dragging it forward into the present. Count Mexico City-based The Abstract in this new class of brutal creators.

Their recent self-titled EP shows a band already invested in cross-breeding their ruthless ferocity, sort of like Ulcerate-meets-dissonant-black-metal, with an occasional Origin sound as well. In the end, it comes across as uniquely its own, and very much worth paying attention to.

As much as I’ve introduced this as a technical-leaning, brutal-minded act, it often bears a resemblance to the lofty aims and sounds of progressive death metal as well. The Abstract don’t just punish the flesh unto the brink of death, they also weaken the resolve of one’s soul. The Abstract is a feral effort paired with a fierce creativity. This is a bludgeoning you’ll be pleased you endured. 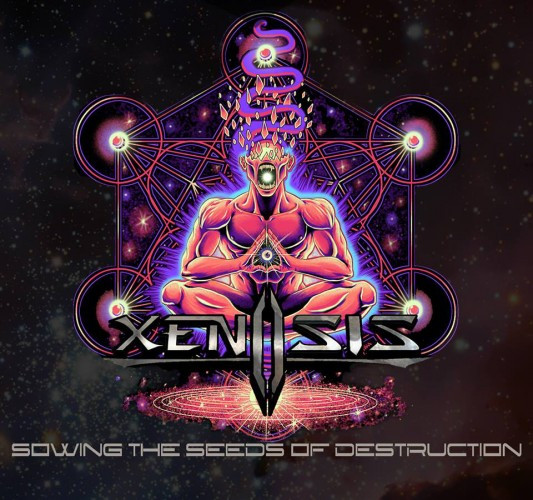 Whenever I think about covering a band here at NCS, I try to check our site and see if what I am covering has already been the subject of other writing, just in case. While doing this type of search for the new Xenosis release, I saw that while we had not addressed it yet, Islander had previously covered their 2012 record, Haunted Skies — which put a smile on my face, as it gave me another perspective beyond my own at our site that these guys were killer.

For those unaware, Xenosis are a Connecticut-based technical/progressive death metal band with a tendency to balance their shredding with a headbang-friendly groove ‘n’ chug background.  A good way to try to describe the territory they cover is to imagine a band who sound like a perfect marriage between Beyond Creation’s proggy ambitions and The Schoenberg Automaton’s heft and sledgehammering, slithery grooves.

As far as my tastes on this sound go, I am often disappointed by how many new bands in this vein sound like a carbon copy of one of the upper-echelon bands within this space. Fortunately, Xenosis avoid that pitfall. They’ve taken enough ideas from enough places to craft something that, more than many of their peers have achieved, becomes its own thing. They are one of a handful of bands who have found a way to fill every aural niche within technical and progressive death metal, yet have done so without becoming imitative or succumbing to any of the sound’s occasional shortcomings.

Sowing The Seeds Of Destruction is the effort of a band on the cusp of finding their place among the elite. Until then, they’ve at least stepped well beyond the noisy din of their peers.