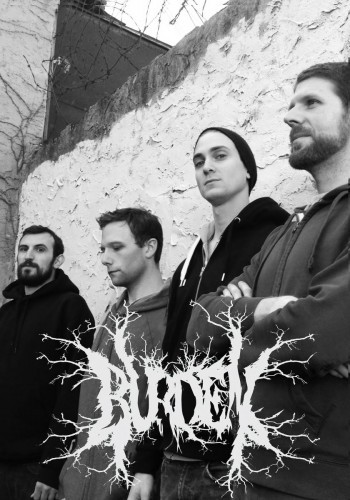 (Andy Synn delivers the 60th edition of The Synn Report, reviewing the discography to date of Philadelphia’s Burden.)

This was not the column I was supposed to be writing this month. Only an hour ago I was discussing with my NCS compatriots which of two particular bands to choose to focus on with this month’s edition of The Synn Report.

Yet the best-laid plans of mice and men so often go astray… particularly when you stumble upon an artist so good you just have to write about them. And that’s exactly what happened in this case.

Gloomy progressive Doomsayers Burden hail from the darkest depths of Pennsylvania (Philadelphia, to be exact) and have, so far, produced two full-length albums and two stand-alone singles of dense, introverted Doom and groaning, cavernous Death Metal, each time employing subtle progressive touches and splashes of captivating melody to maintain a sense of bleak vitality and cleverly shift the dynamic of their lengthy compositions.

Granted, this sort of music often takes a real investment of patience and time from the listener, but when it’s this good it’s definitely worth it. In fact their most recent album, last year’s Without, is probably one of the most under-appreciated and under-rated gems I’ve heard in a long while! 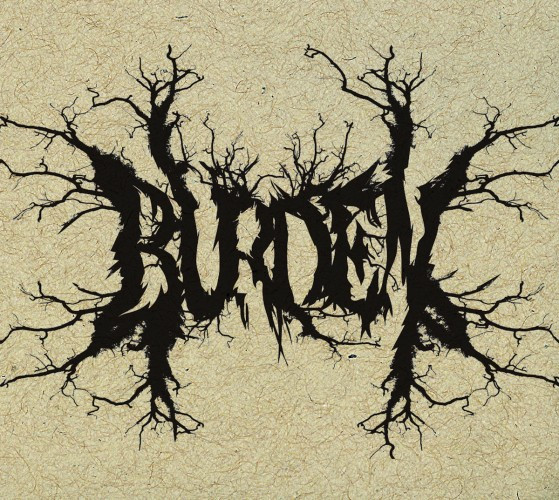 The band’s debut album was, so the legend has it, performed and recorded in one brutal 24-hour session in April 2010, and the roughness and rawness this lends to the songs is a real gift, maintaining all the harsh edges and nervous, uncompromising energy of the session.

Opener “Mantle” kicks things off with its ugly, sludge-caked grimace, Travis Weinand’s hacking growl dredging up a wealth of frustrated fury over the top of a morbid procession of blunt, grinding riffage. As the track progresses you can hear some slight hints of melody creeping in amidst the dissonant atmosphere, culminating in some unexpectedly emotional clean vocals and a soaring, Pink Floyd-esque climactic solo.

“Stills” begins with a suicidal swagger of clanging, dissonant anti-riffs and cracked, gasping growls, before dropping into a purposefully unsettling and off-key Death Metal churn of low, almost percussive notes and filthy gutturals. Over the course of the next ten-or-so minutes the song slowly metamorphoses and mutates, moving from pseudo-anthemic peaks, to strange, jazz-inflected valleys, while also finding time to inject some progged-out soloing and grind-level death-vocals along the way.

The aptly-named “Death” is an unholy dirge of a track, and perhaps the most Death Metal-influenced number on the album, delivering a ceaseless ground-and-pound of stomping, Neanderthal drum work, stomach-churning vocals, and oddly phrased, angular riffs which scrape and scratch at your nerves, followed by the choppy, staccato “Life”, which introduces a stronger dose of variety and unexpected twists with its more complex riff-work, seething tremolo runs, and unpredictable, stop-start structure.

The album closes with its two longest and most enigmatic tracks, the deeply depressive “Hunter” (13:02) and the monolithic “Silent” (17:59). The former is a real slow-burner, even when it finally kicks in with its gargantuan riffs and Weinand’s monstrous growls. Doom to the core, its heaving chords and crippled, penitent drums drag the listener across a ruined, blasted wasteland of endless shadows and pain, with no end and no hope in sight.

The latter track, all eighteen minutes of it, showcases the sheer variety of influences underlying the band’s sound. From its eerie, darkly melodic opening bars, to its drawn-out, ambient finale, it takes in elements of Death, Black, Sludge, Drone, and Prog and melds them all together into one monstrous edifice of pure, unyielding Doom. 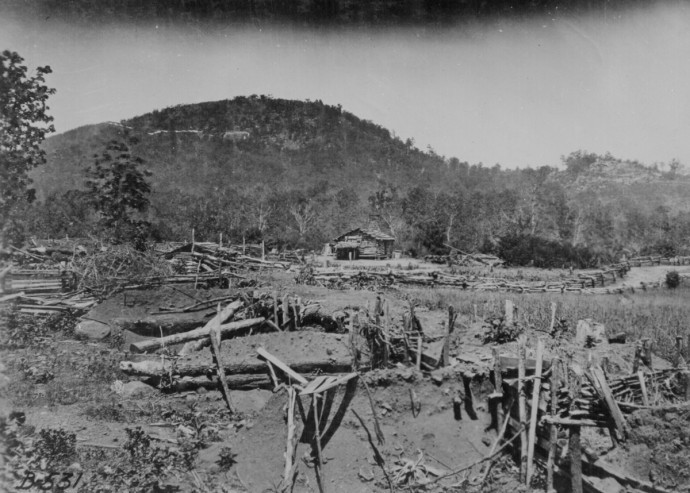 Don’t let the soft, shimmering opening of “The Drought Whore” deceive you – things get dark and heavy fast as the shadows descend in a choking miasma of strangled vocals and dense, light-swallowing Doom riffs. Over the course of the next 16(!) minutes the band plough their way through vast, stagnant clouds of brooding heaviness and stomping, down-tuned riffage in an almost single-minded fashion, digging their own grave with almost reckless abandon.

Yet the song is far from one-note for all of that, with sudden interjections of almost Cradle of Filth-esque horror and blackened spite rearing their heads at unexpected moments, breaking up the monolithic stomp and swagger of the track without derailing its crushing momentum.

The song’s second half begins with a black-and-bluesy solo that spirals up into the stratosphere, before crashing back down to earth in a blaze of glory as the song descends into a deep, dark void of coiled, thrumming bass-lines, rippling snare rolls, and ethereal female ululations, slowly building the tension until the whole thing erupts into one final, doomy convulsion of oppressive, back-breaking heaviness. 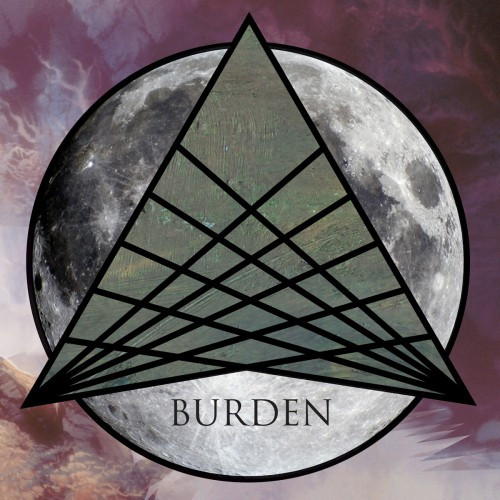 At a solid twelve minutes in length, Moon certainly lives up to the band’s established standards of extravagant song-lengths and dark, morbid grooves, with each of its grandiose, shuddering movements standing almost as a song unto itself.

It’s gorgeously evocative opening stanzas build slowly – the smooth hum of bass and the soft rattle of patient, almost tender, drums priming the way for a shivering, emotive vocal melody – before the gravel-chewing growls and massive, thrumming riffs crash down without mercy.

As it moves, in ebbs and waves, the song switches back and forth between aching, clean-sung melody and anguished, wrenching snarls – from sweetly sinister harmonies to crushing intensity – until the second half of the track sees a concerted switch towards more focused Death-Doom power, upping the ante with a plethora of booming, cataclysmic riffs and rolling, unstoppable drums that drive the song towards a spellbinding conclusion of vivid, bellowing cries, stomping, stuttering guitars, and ringing, crystalline melodies. 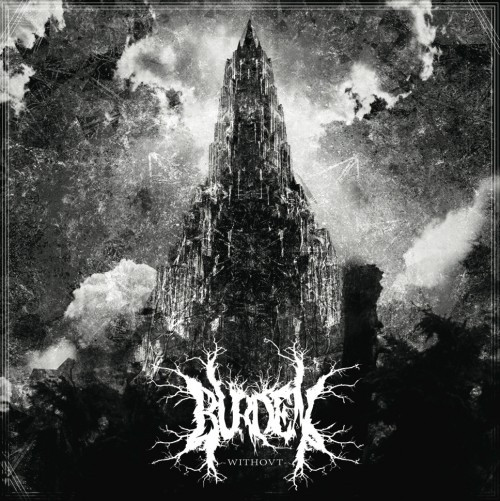 The band’s sophomore album — Without – is probably their most ambitious, and most progressive, to date, building on the more melodic give-and-take showcased on The Drought Whore and Moon, without neutering or limiting the scale of the bowel-weakening, doom-laden heaviness which they’ve made their stock in trade.

The whole first half of opener “(Withovt) Hope” comprises a truly beautiful and mournful piece of acoustic semi-balladry, over which Weinand performs a truly fantastic Akerfeldt/Renske impersonation/interpretation. which sets the stage for the explosion of rumbling, miserable Doom which erupts during the track’s second half.

“(Withovt) Sight” has a dark, majestic grandeur to it, from its weeping lead guitar melodies to its raging, wounded vocals, to the brooding crunch of its lead-heavy riffs. With its subtle touches of acoustic guitar work, cavernous Doom riffs, and harsh, agonising cries, the song practically bleeds passion, while a Daylight Dies-esque melding of soaring clean vocals and dismally beautiful lead guitar work provides a brilliant and unexpected highlight of the song’s second half, in stark contrast to the frantic convulsions of Blackened Death Doom ferocity which follow, leading to the song’s heaving, hook-heavy finale.

The hanging chords and haunting keys that begin “(Withovt) Fear” provide a scintillating backdrop for the song’s hypnotic vocal melodies, just as the booming detonations of magisterial Doom which follow it provide the perfect accompaniment for Weinand’s cathartic mix of rumbling gutturals and desolate yells. The finale of the track is, unexpectedly, a scorching blast of Blackened Death-Doom, and without doubt one of the outright heaviest moments the band have ever produced.

“(Withovt) Time” is, tongue only slightly in cheek, one of the finest songs Celtic Frost never recorded, taking the sheer emotional, physical, and sonic weight of Monotheist and pushing it even further. It’s simultaneously doomy, deathly, proggy… even a little bit thrashy… whilst maintaining a seamless cohesion and sombre, solemn sense of mood and atmosphere.

Follow-up “(Withovt) Voice” is, amusingly enough, a particularly vocal-heavy song, focussing in on Weinand’s bowel-shaking Death growl and grief-stricken howl for the majority of its run-time, all atop a menacing array of bruising Death Metal riffs and pounding percussion, liberally laced with subtle, evocative melodic touches and claustrophobic ambience.

The album’s finale, “(Withovt) You”, is a brilliant culmination of all that has gone before it, even incorporating hints of the band’s earlier, more angular years into the darker shades of their current sound. From the blooming darkness of brooding Doom, to sublime, obsidian melodies, to dissonant Opeth-ian arpeggios and hypnotic, lurching grooves, it really seems like the song is a showcase for the sheer potential and creativity that the band possess, as it lurches, blindly and unstoppably, towards its thunderous, grief-stricken conclusion.