Interestingly, although I did receive a press release with details about the album and a related Black Breath tour, it didn’t include the artwork. I saw that instead for the first time at the Metal-Archives listing for the album, which a friend linked on Facebook today. Very exciting, because in addition to being an obvious fan of Girardi’s artwork, I’m a big fan of this band, too, and am anxious to hear this new album. 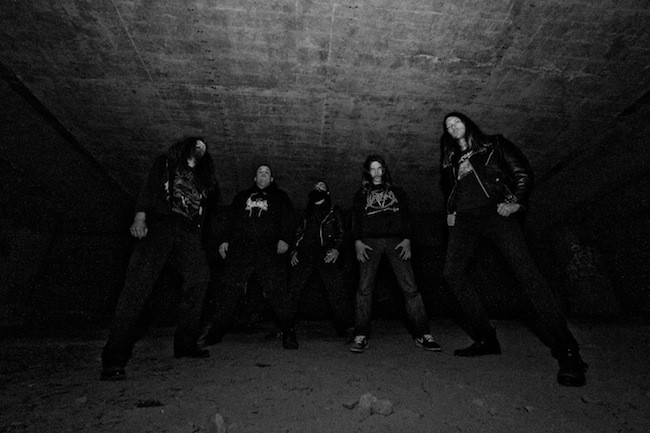 The press release says the new album is “a harder, bleaker Break Breath than ever before”, and although I’m doubtful that is even possible, I’m eager to find out if it is. It includes eight songs and is “the best part of an hour” in length, and it was recorded with Kurt Ballou (Converge) at God City Studio in Salem — therefore, whatever else it holds in store, we know it’s going to crush.

The release date by Southern Lord is September 25, and there’s a Black Breath record release show in Seattle at Highline on September 26 that I dearly hope I can make. That show is the last one on a Southern Lord west coast tour package that also includes Goatsnake, Battalion of Saints, and Obliterations. Below these links you can see the tour flyer, followed by a list of the dates: 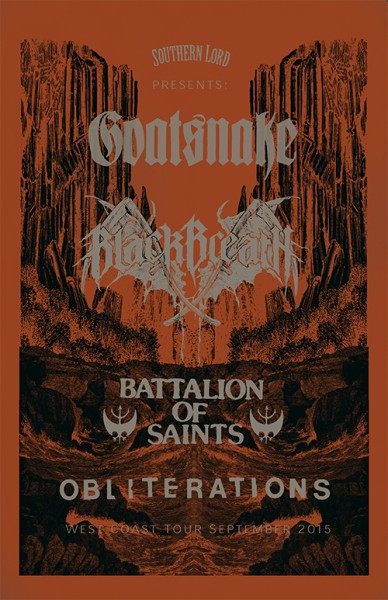 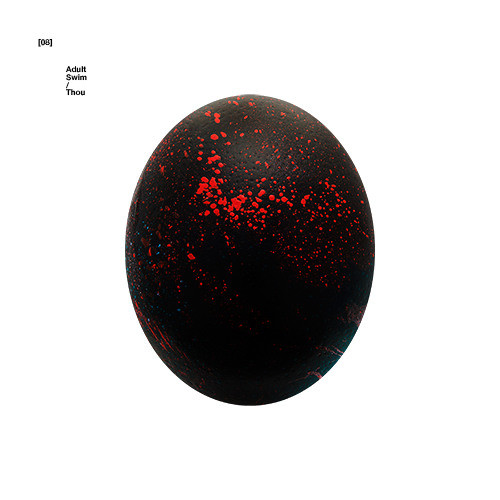 Yesterday the 2015 Adult Swim Singles Program released the 8th of 19 free singles that are planned for the program this year. The one released yesterday was by Louisiana’s Thou (and I thank our long-time supporter Utmu for telling me about it).

Thou’s song is called “Eyehatethou”, and you’ll never guess to which band Thou offer it in tribute. Predictably, it’s heavy as shit. Predictably, the vocals sound positively demonic. Predictably, you can roll with it — and if you don’t, it’s likely to squash you like a bug, if it doesn’t impale you first.

You can get the song here: 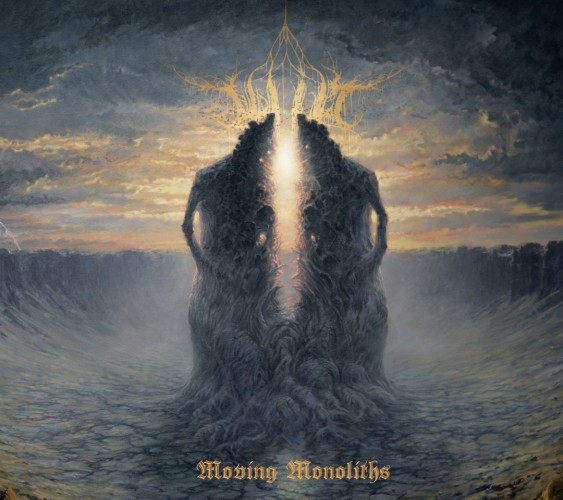 With releases coming our way from Panopticon, Alda, and Infera Bruo — all of which I’ve already reviewed — not to mention the stunning new full-length by Nechochwen and an Infera Bruo-Obsidian Tongue split that I haven’t yet managed to rave about — I’m not sure I could have imagined how Bindrune Recordings and their European partner Nordvis could have made the last half of 2015 any more mind-boggling. And then I discovered that Bindrune will also be releasing the debut album by Wilt, from Winnipeg, Manitoba, Canada.

I began this post with artwork by one of my favorite metal artists, and now I get to follow it with an album cover by another — the fantastic Nick Keller from New Zealand. He has assured that Wilt’s new album Moving Monoliths will get plenty of looks. It’s projected for release on CD in the August/September timeframe with a vinyl edition to follow. Today, I also finally caught up with a teaser of music from the album that’s up on YouTube — and even though it only consists of brief moments from a handful of songs, it already sounds amazing — powerful, moving, and memorable. Check it out below. 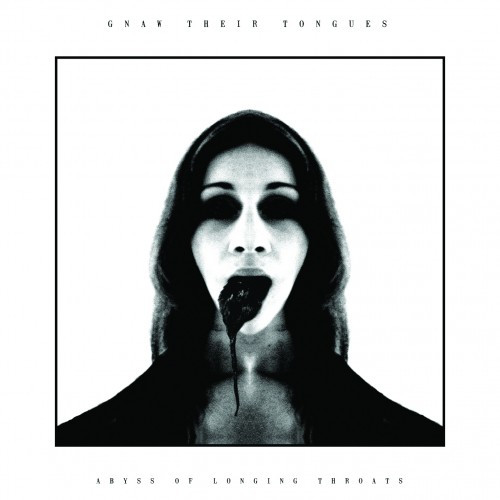 An that’s yet another eye-catching album cover, isn’t it?

The new album by the Dutch one-man band Gnaw Their Tongues is named Abyss of Longing Throats. I have it in my clutches, but I’ve been waiting for the right time and frame of mind to dip my toes into its black waters — you know, a time when I feel I could do without those toes. And wouldn’t really care about a (hopefully temporary) loss of sanity.

But while I haven’t gotten the full treatment, I did listen to a track named “From the Black Mouth of Spite” that premiered today at CVLT Nation (Decibel premiered another one named “Through Flesh” here, though I haven’t heard that one yet). Based on this song, I would say that Mories has another great success on his hands — and by “success”, I mean something terrifying and destructive, a carefully constructed dismantling of our well-being. As sonic demolition jobs go, this one leaves nothing standing, despite the fact that it concludes with an offering of melody and methodical percussive rhythm.

I invite you to go here for a listen to this new track premiere; there’s a review there too:

Abyss of Longing Throats will be released by Crucial Blast on August 7 and can be ordered on CD and digitally here. 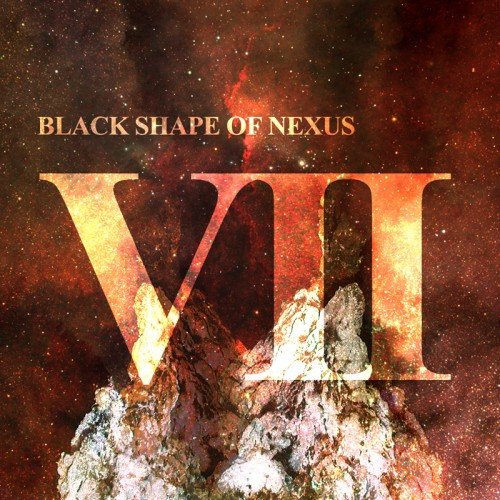 To conclude this round-up, I want to recommend a new song by Black Shape of Nexus from Mannheim, Germany.

I have neglected this band. The last time I wrote about them (here) was in March of 2012, at which point they were about to release their third album, Negative Black. What I discovered yesterday (thanks to a Facebook link by Ersin Taş, the main man behind Istanbul’s excellent Slug Salt Lava), is that Black Shape of Nexus have just released a new single named “VII“, and that it’s a “name your price” download at Bandcamp.

The slow drumbeats and cymbal shimmer get the head moving right away, and the titanic riffs that soon join in make the ground start moving, too. This is ultra-thick, tarry doom with a dismal overhang, but man, it flows into the blood like poison without an antidote and its rumbling beats are irresistible. When it starts to pick up a head of steam about halfway through, there’s no stopping this bulldozer of sound.

(I was tempted to write, “this Mannheim steamroller of sound”, but resisted.  Also, I now has sore neck syndrome.)

I later discovered that since Negative Black, Black Shape of Nexus have released a few other songs, including a split last year with Lazarus Blackstar — and they’re all available on Bandcamp. Here’s the newest one:

9 Responses to “SEEN AND HEARD: BLACK BREATH, THOU, WILT, GNAW THEIR TONGUES, BLACK SHAPE OF NEXUS”