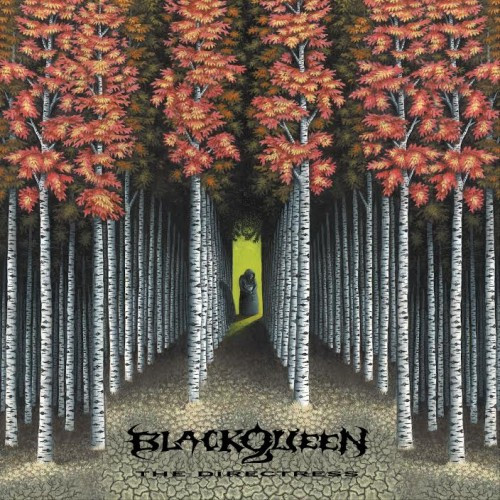 It’s not uncommon for metal bands to concoct their own genre terms for the music they create, though more often than not the new terminology is just a grab at attention for music that really sounds no different than what you’ve heard countless times before under age-old genre labels. But after you hear blackQueen’s new album The Directress, you’ll probably agree that the band’s description of their music as “Witch Metal” is just about exactly right — and that no other genre term you’ve heard before does a very good job capturing the album’s esoteric variety.

The Directress was released via Bandcamp on August 1, and those of you who have already discovered blackQueen’s black magic through their previous releases will have already pounced on it. For those who are new to the band or aren’t quite as quick to make the leap, we bring you a full stream of the album at the end of this post, as well as a look at the new video for the album’s opening track, “The Olde Religion”. 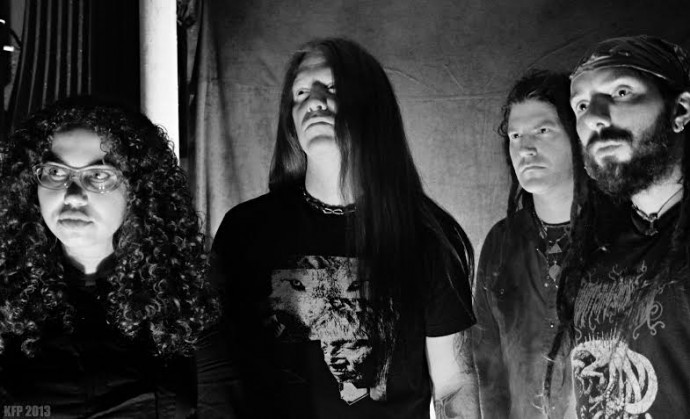 blackQueen first took shape in San Francisco during 1998, the brainchild of Assück’s original bassist Pete Jay. Following the release of a 1999 demo (Witch Metal) and a 2000 EP (The Anthropocalypse), the band became dormant while Pete Jay moved to Seattle and devoted himself to years of advanced martial arts training. But blackQueen are now back in force, ensconced in the Pacific Northwest with a fully fleshed-out line-up and an array of guest vocalists on the new album that includes Paul Pavlovich of Assück, Uta Plotkin of Witch Mountain, Joy Von Spain of Eye Of Nix, and Wrest of Leviathan.

The vocal variety on The Directress is undoubtedly one of its signal features — you’ll hear everything from ghastly death roars, to lacerating shrieks, to gothic clean vocals (both male and female), to ghostly spoken words. And that’s not counting the samples of Italian horror movie soundtracks from the Giallo catalogue. 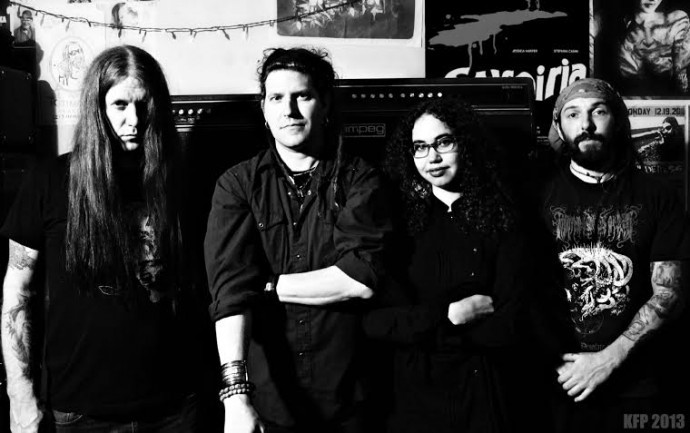 Those movies were a significant part of Pete Jay’s original and continuing inspiration for blackQueen, and another way to think of the album is as a soundtrack itself for a particularly unusual and eclectic kind of horror movie.

The songs are intricate, with rapidly changing tempos and the integration of many different styles of riffing and drumming (on top of all that vocal variety). It’s as if a coven of witches representing black metal, hardcore, grindcore, sludge, psychedelia, and death metal gathered together for the practice of an occult ritual, which has taken shape in sound (and thanks to Billy Anderson’s production, it sounds great).

One might be tempted to call the music “experimental”, except that word often seems to connote “unlistenable” — and these songs, for all their sinister and unpredictable twists and turns, are a hell of a lot of fun to hear. They’re catchy, inventive, heavy as hell, memorable, and very effective at conjuring a sinister and supernatural atmosphere. They’ll get your head (and the rest of you) moving, at the same time as they’re springing one creative surprise after another.

Below you can hear the entire album, and we’ve also got a treat for your eyeballs with that new video for “The Olde Religion”, created by An-Magrith Erlandsen. Enjoy…

3 Responses to “AN NCS ALBUM PREMIERE: BLACKQUEEN — “THE DIRECTRESS:”