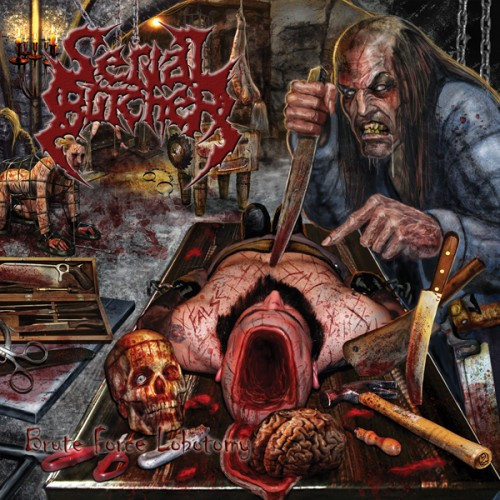 Even if you’re not already familiar with Serial Butcher, the cover art by Tony Koehl for their forthcoming second album should tell you almost all you need to know about the music you’re about to hear. And if you’re a little slow to catch on, then take a second look at the title of the song we’re premiering and reflect upon the fact that it comes from an album named Brute Force Lobotomy.

Still not getting it? Well, consider the additional fact that Serial Butcher’s current line-up consists of current and formers members of Aborted, Emeth, Moker, and Ectopia, and that the album will be released by Unique Leader Records.

Still not enough information? Man, some of you must still be half-asleep. Well, here’s a statement from the band: 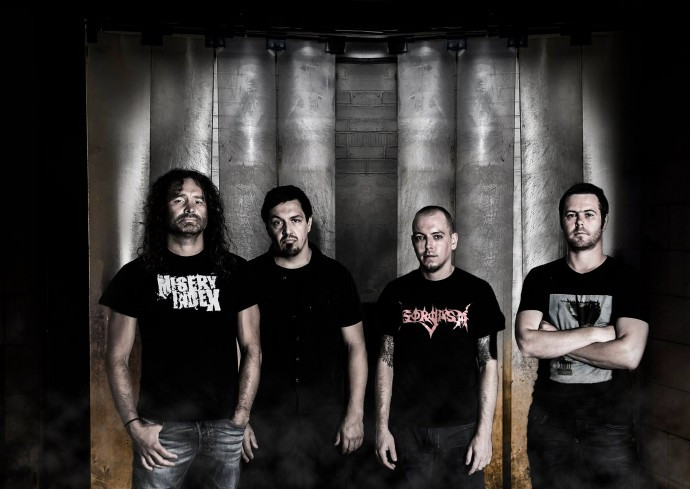 “Sometimes there’s need for careful thought… for tranquil conversation… for peaceful meditation. And sometimes… you just want to stab someone in the eye with a blunt, rusty knife. Until (s)he’s dead. And then you stab some more… Just to be sure…. It’s the very definition of the latest SERIAL BUTCHER recording, Brute Force Lobotomy.”

At this point I’m probably engaging in overkill, but for anyone who’s still not sufficiently forewarned, I’ll tell you something about “Sadistic Spare Parts Surgery”: Serial Butcher may be surgeons, but they obviously learned their surgical skills in a slaughterhouse, dishing out one flurry of vicious riffs after another, alternately jabbing and bludgeoning over a rhythm section that’s just as technically adept and just as remorseless.

But what you may not be expecting is that Serial Butcher deliver their brand of brutal death metal not only with a lot of technical flair, bone-cracking groove, and gruesome gutturals, but also with a lacing of insidious melody.

So, in truth, the album cover art and title, the song name, and the band’s history may not actually prepare you fully for what you’re about to hear — because there’s more going on than just fracturing your cranium and scooping out the contents.

Here’s a list of the other tender odes on Brute Force Lobotomy:

Unique Leader will release Brute Force Lobotomy on CD and digital formats on September 18, 2015. Pre-order HERE, if you know what’s good for you.