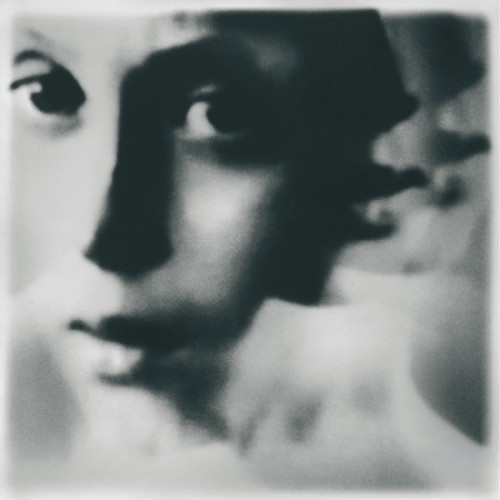 Hosting this premiere is a bittersweet event for me. On the one hand, the song is by a German trio whose music I’ve greatly enjoyed for many years — and it’s an excellent song. On the other hand, the song appears on what will be the group’s final album. The band is Germany’s Planks, the album is Perished Bodies, and the song is “She Is Alone“.

By some measures the song is not among the heaviest of Plank’s creations. But though it may not be quite as “crushing” as some of their songs (as that adjective is commonly used), it packs an emotional punch that can still stagger you.

The song is distinctive in other respects as well. Vocally, it’s a duet between the band’s Ralph Schmidt and Leonie M. Löllmann, vocalist of the German grind/crust band SVFFER. The song was inspired by another duet, one between Nick Cave and Kylie Minogue on “Where the Wild Roses Grow”, but though you can understand why the one may have inspired the other, “She Is Alone” proves to be more savagely wrenching than spooky. 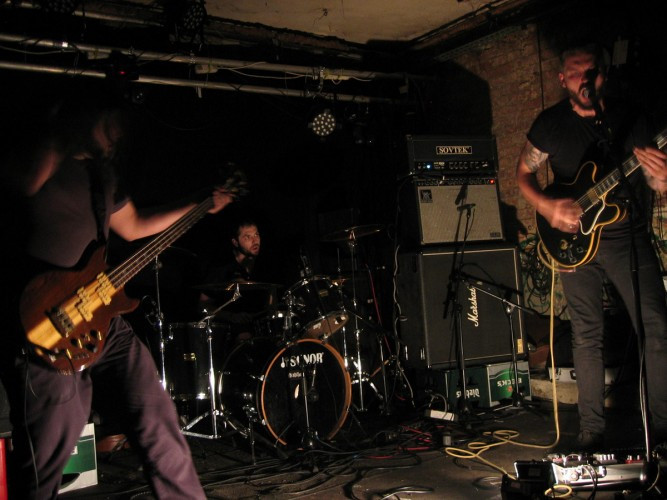 The booming drums and massive bass notes at the outset of the song are spine-shakingly heavy, all the better to set the stage for the contrast provided by Löllmann’s ethereal, soaring voice and the shimmering guitar chords that swirl around all the pavement-splitting in the low end. The song grows in intensity and volume, the drums hammering and tumbling, the swirling guitars becoming electric, and Schmidt and Löllmann uniting their voices in an emotional purge of skin-flaying shrieks.

Some annoying pessimist coined the phrase “all good things must come to an end”, and although I resist the idea that all of them must end, some certainly do. Planks have planned their own demise, but all signs so far are that their swan song will be a memorable finale. In addition to “She Is Alone”, one more outstanding track from Perished Bodies can be heard now (I wrote about it on our site after it first appeared), and I’m including a stream of that song after our premiere of the new one, for those who haven’t heard it yet — or those who need to hear it again.

Perished Bodies will be released on September 11 by Golden Antenna Records. Though the album will be offered in a one-time vinyl print, I understand that most of the limited run of 500 LPs have already been pre-ordered. Those who want one of the last copies should go HERE. The album will also be released on CD and digitally. For more information, check these links:

8 Responses to “AN NCS PREMIERE: PLANKS — “SHE IS ALONE””