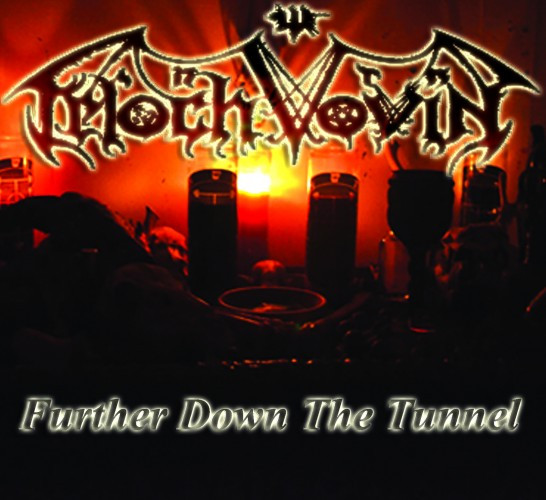 Teloch Vovin are a theistic black metal band based in Long Island, New York, who have described their music as an expression of their spiritual beliefs, the changes they have experienced through their worship of Khaotic divinities, and the powers that speak through them. As the band have explained:

“The name Teloch Vovin was chosen as it represents everything that we attain to, everything we worship and work towards. “Teloch” meaning “Death” — “Vovin” meaning “Dragon”. It represents the duality of the concept of Khaos which calls to us. It is our Worship ov Death!!!”

On the fall equinox this year (September 23), they will release a new five-track EP entitled Further Down the Tunnel, which follows two previous EPs and a 2014 live CDR, Atah Gebur Le-Olam Sathanas. Today we bring you the EP’s final track, “Adoration/Vexation”. 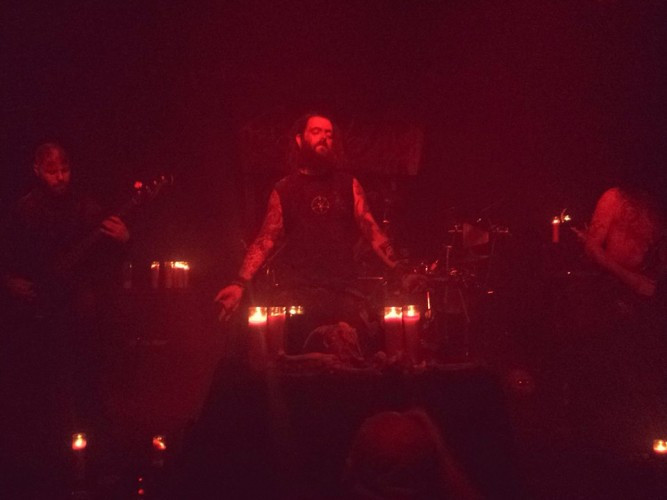 As the song’s title suggests, it represents a duality. In the band’s words:

“Though it is one song, this track has two completely different segments. Each segment expresses its own concept which stands in opposition to its counterpart. ‘Adoration‘ being about adoring, loving or worship. While within ‘Vexation‘ is a culling, a curse.”

The first part of the song is mid-paced, with rolling tremolo chords expressing a melancholy melody that does indeed reflect an atmosphere of worship — though the multitude of savage voices that erupt over the music come across not as solemn, but as explosively ferocious.

You’ll have no trouble detecting when the song segues into the second half of the duality — the band start to thrash and slash at high speed, spewing unrestrained destruction, still accompanied by those thoroughly unhinged shrieks, growls, and roars, but now with the addition of clean vocals that give the song a ritualistic aura.

We’ve got two players for the song below, one a video that includes a montage of band photos, and the other a Soundcloud stream.

Further Down the Tunnel is available for pre-order now at either the Bandcamp or the Big Cartel pages linked below: