When I first laid eyes on the wonderful cover by Misanthropic Art for Invoker’s second album — Aeon — I immediately became eager to hear something from the album. That was five days ago, and all that was then available was just a brief excerpt of a song. It sounded both massive and mesmerizing — but it was painfully short. I wished (in print) that I could hear a complete song.

Well, sometimes wishes are granted, because now I’ve heard Aeon’s title track, and you’re about to hear it, too. It’s black as night and heavy as an avalanche, shifting between ominous booming hammer blows and racing, ravaging riff assaults laced with a grim but immediately memorable melody. 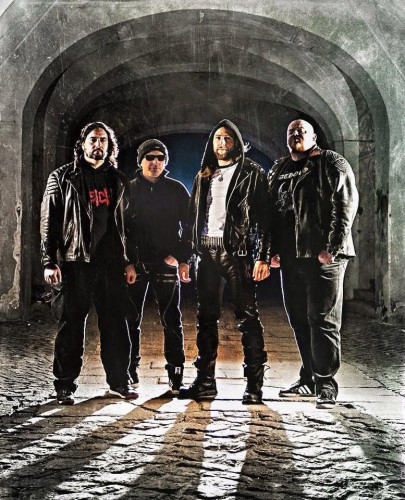 The song is a dramatic — even majestic — display of spine-shivering power, with deep, ravenous vocals that are just as capable of putting the hairs up on your neck as the transfixing instrumental music in the song. It’s a beautiful example of black/death extremity that is at the same time ominous, bleak, and electrifying.

And so I cast another wish into the ether: may I please hear the rest of this album? Now?

Aeon will be released on October 30 by Non Serviam Records.