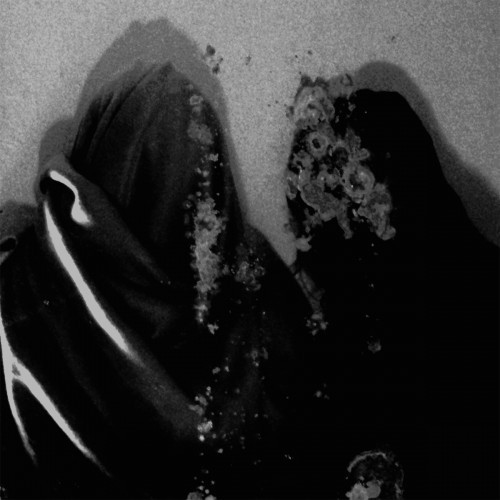 Luckily for us, Fluisteraars have returned, with a new album entitled Luwte (apparently Dutch for “Lee”, though I’m not sure what that could signify) due out on Eisenton on September 25th. At the Bandcamp page for the album a track is currently streaming, an eleven-and-a-half song entitled “Stille Wateren” (“Still Waters” – three quarters of college-level German prepared me to figure that one out without the services of Google Translate). The track is anything but still in its first half, however, as Fluisteraars have unleashed another torrent of scathing melodic BM riffs, shifting from one to the other seamlessly, all punctuated by some soul-cleaving rasps on the vocal front and drums that are evidently try to stir up a tsunami.

I can’t get the image of violently stormy seas out of my head as I listen to this track, though its name would make you think you’d imagine the opposite. If this is “Still Waters” for Fluisteraars, I shudder to think of what their version of violent seas would do to my mind.

It’s not until about halfway through that a softer tempo and melody prevail, as the havoc wreaked by the first half of the track subsides, and debris floats across the churning sea in the aftermath of the wreckage. Highly recommended. 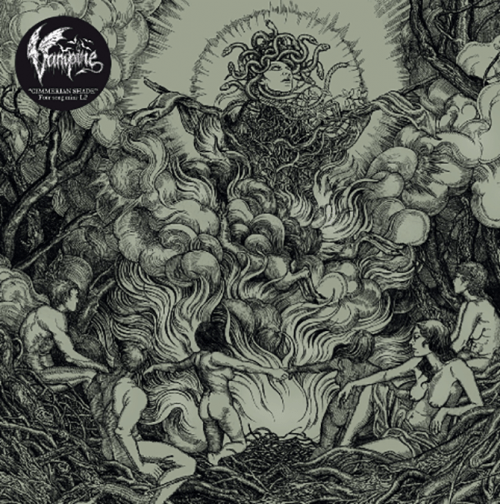 I was a huge fan of this Swedish band’s debut self-titled album, especially after hearing them at Fall of Summer in France last year (they followed Carcass pretty respectably – quite the tough act to follow). They have a much darker, more occult take on death metal than most, though I’m not sure I could say that their debut had much of any black metal in it. This new track, however, certainly does, and is all the better for it. Entitled “Pyre of the Harvest Queen”, it comes from Cimmerian Shade, the new four-track 10” EP the group have slated for September 25th (adorned with some truly gorgeous cover art).

The track burns with an occult energy, and reminds me a bit of the newest Tribulation album. It has a certain warmth to the guitar tone that certainly wasn’t present on the debut, though I find it to be a welcome change. Don’t you worry though – the track is still heavy as hell, and that main riff could drive a dead man to march right out of his grave. 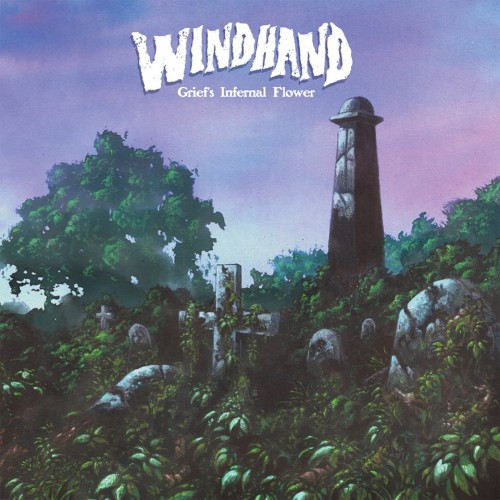 Soma was probably my favorite doom metal album of 2013 – incredibly haunting, especially in the vocal department (courtesy of Dorthia Cottrell – if you haven’t heard her 2015 solo folk album, DO THAT IMMEDIATELY, FOOL). Based on that, I’ve been incredibly excited to hear Grief’s Infernal Flower, their follow-up to Soma due out September 18 on Relapse.

We covered the release of the first advance track, “Two Urns”, yet have failed to update you on the release of a new video, “Crypt Key”, as well as another track, “Hyperion”. They also have a video coming for “Two Urns”, which you can design a movie poster for if that’s your talent, and compete to win a bunch of cool prizes, like money (like $200 – certainly not chump change) and merch and their new album on various formats.

As for the music, all three of these tracks are noticeably different than Soma, at least partially because they’re about half as long, but also because of the palpable Seattle influence producer Jack Endino brought to the band. I’m definitely a fan of these tracks, but I’ll be interested to see how they all flow together once I get my hands on the vinyl I preordered for this puppy (that beautiful multi-color one Relapse had on offer). 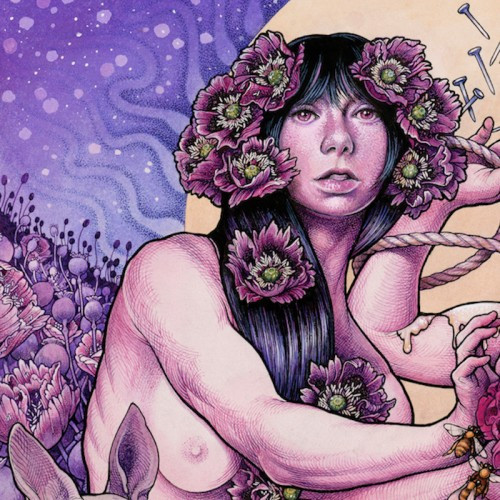 I’ll end with a track a bit off of our normal path – or it would be, that is, if it wasn’t fecking Baroness. Yellow & Green was yet another masterpiece from these guys – they seem incapable of anything less than that – and honestly, I thought that that was the record with which they were poised to break into huge mainstream crowds. Alas, a truly horrific bus crash in Britain halted that steam, as much of the band was seriously injured in the crash (the former rhythm section of the band, Matt Maggioni and Allen Blickle, left the band soon after), and Baizley was unable to perform for months afterward; for a while, it was uncertain whether he was ever going to be able to play again. Thank the gods, he has recovered, and recruited a new rhythm section in drummer Sebastian Thomson and bassist Nick Jost to join him and fellow guitarist Pete Adams.

They have a new record entitled Purple (I wonder what’s gonna happen when they run out of common color names and have to go for Sea Foam) due out on December 18, and have premiered a track from it, “Chlorine & Wine”. It starts out rather softly and ethereally for the first few minutes, before it expands into a melody that makes me think of muggy summers by a Georgian lake (don’t know if Georgia has lakes, but go with me on this). Baizley’s signature croon comes in after that, as the track speeds up and heats up, as he seems to be speaking rather openly about his crash (unless there’s a metaphor I’m missing).

I’ll let the rest of the track be a surprise, though I’ll say that the lead that comes in toward the end of the track is likely my favorite part, and an instant indication that my preorder of Purple was a great idea (though considering the portion of Baizley’s cover art we have access to, it always was gonna be a great decision, regardless of the music therein).

4 Responses to “STUFF WE PROBABLY SHOULD HAVE WRITTEN ABOUT EARLIER: FLUISTERAARS, VAMPIRE, WINDHAND, BARONESS”