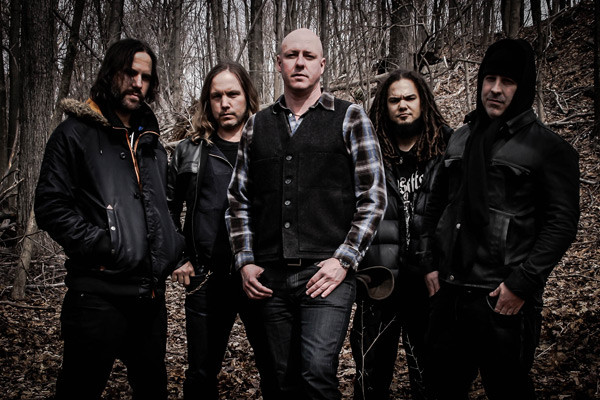 (Comrade Aleks brings us a new interview, this one with Steve Murphy, frontman of New York’s Kings Destroy.)

Welcome the stoner/doom kill team from New York, here are Kings Destroy! This stubborn band finished their third album in May, and I humbly suppose that this time they have collected their most rocking hits in one record.

This highly professional crew is deeply inspired by Melvins, Yob, and New York City itself, and they sound like “brutal Sabbath heaviness with hardcore outbursts and disturbed vocals verging on the demented”. I got the feeling that it was my duty to spread a word of Kings Destroy’s third arrival, and therefore today we have this interview with band’s frontman Steve Murphy.

Hail Steve! I got your mail about forthcoming tours with Weedeater and Acid King two weeks ago; are Kings Destroy busy only with gigs now?

Thanks for giving us this opportunity. I’m writing this from our van as we haul ass back to Brooklyn from Asheville, which was our last stop on tour with Weedeater. We are actually heading back in the studio in two weeks to record a Helmet song that we were asked to do for a Compilation for Magnetic Eye Records. We’re also going to record some new material at the same time.

How do you usually share your responsibilities on tour? And who deals with the whole organization of gigs and routes?

We all load in and out together on tour. I do about 50% of the driving, but that’s because I get bored if I’m not driving. Organization and routing is done by our manager Dave Castillo and the team at ToneDeaf who is our booking agent. 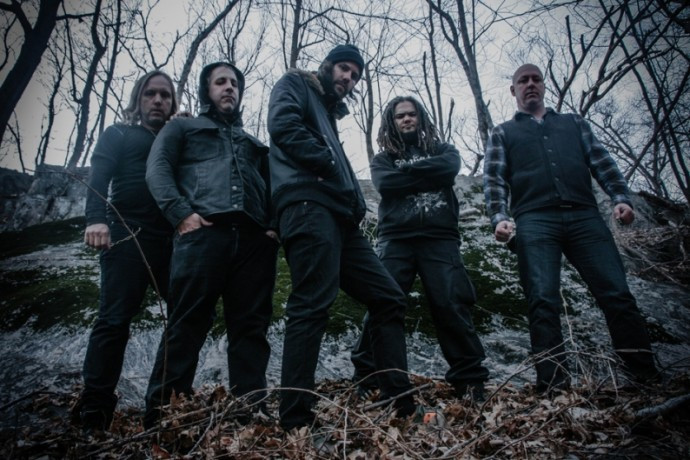 Mate, I’d like to ask you — the band is named after a NY graffiti crew and it looks like an extravagant choice… How much of NY is in you and your songs?

Most of us met in the Bronx and we’ve all lived in The Bronx. We’re also big urban and graffiti fans. Kings Destroy is a graffiti crew from the Bronx formed by Cope. NYC has had a huge affect on all of us and our music. We cut our teeth in the New York Hardcore CBGBs scene. Our hardcore bands Breakdown and Killing Time are still active.

Kings Destroy record albums really fast, yet your songs — especially on the third, self-titled album — sounds heavy, catchy, and deadly effective. I have a sense that the process of composing such solid stoner hits goes easy for you. What’s your secret?

Yeah, three albums and a 7-inch in five years is a lot I guess. We are always writing and we are very focused on this band. No secret, just a lot of hard work, and we practice regularly. For its important to be consistent getting together.

It seems that you have healthy ambitions as a band. Which maximum result would you like to reach?

I don’t know that we are any more or less ambitious than any other bands out there. We are unique maybe in that we have played in all types of underground bands with various degrees of popularity, but even that is not how we define success. We would like to tour the world. It’s something that we all share. Very few bands ever get to achieve that, but that’s our goal.

When I heard the Kings Destroy album for the first time, I was thinking that it was released by Relapse or another big label, but you deal with War Crime Recordings. Who are they? How do you work with them?

Sanford Parker has recorded all three of our albums and he is one of the owners of WarCrime Records along with Bruce Lamont (Yakuza, Bloodiest). It’s worked out well so far. They’ve also done the last two Rosetta albums along with cool bands like The Swan King, Bereft, Corrections House, etc.

Why did you decide to dedicate a song to the old-school pop singer Smokey Robinson? It’s one of most catchy tunes I heard this Summer! How did this old man inspire you?

“Smokey Robinson” is actually a song about the struggle our country has with racism and oppression. This has been a problem in our society since our country was formed, but recently with the murders in Ferguson, Baltimore, etc., of unarmed African-American men, it’s hopefully going to have a much-needed dialogue on how to resolve these problems.

Didn’t you have a chance to shoot a video this time to support the new album? Which song would present the best of Kings Destroy?

We released a video for “Mr O”. It’s up on YouTube. It was produced by Josh Graham, who does stuff for Soundgarden, Neurosis, NIN, etc. We have another video for “Smokey Robinson” that will be released in the fall.

The album closes with song “Time For War”. What kind of war do you mean? I’m wondering what it’s about, ’cause the whole world plunges into dozens of conflicts and other shit year after year, and it seems like a constant process.

“Time for War” is a song about our nation’s bloodthirst. We have been at war for 222 out of 239 years as a nation. 134 fucking wars. The song is a little ironic because it’s always “Time for War” in The U.S.

“Defending our interests” at the expense of hundreds of thousands of civilians in other countries doesn’t sit well with me. In fact I’m convinced the U.S. Government, acting as the puppet for the military-industrial complex, is determined to keep us at war indefinitely. They should all be tried for war crimes in The Hague. I mean do they really think they are defending me by bombing the shit out of a country like Afghanistan that is basically a medieval society? Disgraceful.

You have three full-length albums in four years, and you’re already going to record new tunes. Can you share some details?

We are recording a new song in two weeks. It’s a little unusual in that it’s 15 minutes long. We aren’t sure what we’ll use it for yet. Writing album four is still in its early stages. Album three just came out, and we are focused on touring right now to support the album.

Yes, this song for the compilation by Helmet — is it a 15-minutes riff wall or do you fill it with some less straightforward psychedelic elements?

We will def put our unique stamp on the song we were asked to do. The song is “He Feels Bad”. I’m actually not sure how it’s going to turn out. We’ve left it a little unstructured so we can be free in the studio. That’s not something we’ve really ever done before. I’m psyched to see how it comes out. 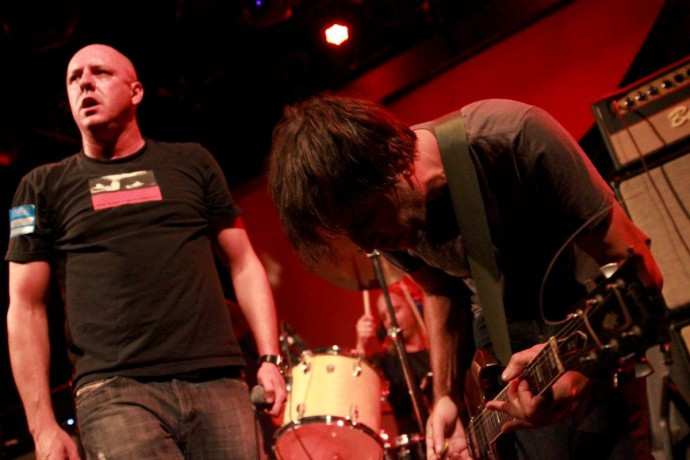 Steve, you’re finishing the tour with Weedeater and you’ll play with Acid King. What are your plans for further live gigs this year?

We just finished the Weedeater tour, those guys are amazing live and overall great dudes. Acid King is in October. We are weighing a couple of tours that have been offered to us. We have not committed to them yet, so I can’t really speak about them.

What were your best and worst gigs in Kings Destroy?

We have been very fortunate to play gigs with some amazing bands. Off the top of my head, gigs with Orange Goblin, Yob, Winter, Pelican, Weedeater, Acid King, Elder, COC, Pentagram, Radio Moscow, Truckfighters, and Vista Chino come to mind. Worst gig would not be a poorly attended show, for us it’s when we don’t play as well as we would like. That’s why we continue to practice!!!!

How do you see the social roots of stoner/doom in the US?

Not sure I understand the question about social roots in the stoner doom scene. Can you explain please?

Let me try. Punk rock usually represents — roughly speaking — some anarchic form of protest against government, while psychedelic rock represents more pacific protest and an intention to show the world colorful visions through music, etc. What’s American stoner mostly about from your point of view?

To me, the one thing that binds all of these bands together is that they are playing for themselves. There is little to no monetary reward for any of these genres. People do it because it’s inside them and they need to release this artistic energy. That’s the beauty of the underground to me. 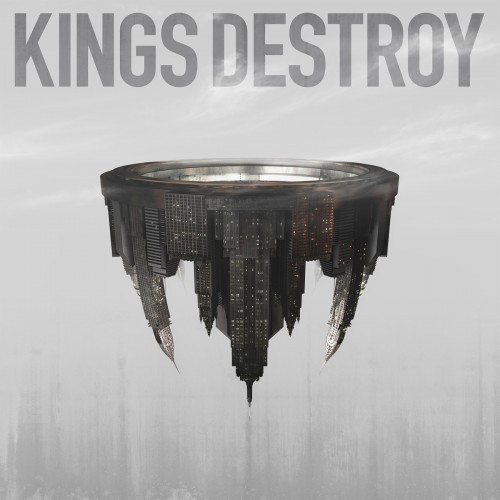 What are the positive and negative sides of living in NYC?

NYC is an amazing place that’s unfortunately being ruined by the wealthy who are pushing the middle and lower middle class out of the city. The people who make the character of this city are being forced out. But you can’t beat the music, art, museums, and the vibrancy of the city. It literally goes 100 mph 24/7.

Does the city give you enough opportunities to find your way to listeners?

Any band that is serious about their music will have the opportunity to play NYC. It’s not easy because every band wants a gig in NYC, but with hard work it can happen. Having a club like Saint Vitus in Brooklyn has made it a lot easier to see heavy music after CBGB closed.

Okay, thank you Steve for finding the time to answer these questions and thanks for your patience! Wish you all the best on the forthcoming tour with Acid King!

Thanks for the questions!! We appreciate the support we’ve had from fans, blogs, everyone on this journey so far. We are very aware of people paying their hard earned money to come and see us and buying merch, etc., we do not take it lightly. We re humbled by it and hope to see everyone on the road in the future. Thank you!